TEDxYouthKamalPokhari is an independently organized TEDx Youth event operated under license from TED worldwide. Themed under ‘Changing Currents’, it will be giving a voice to local heroes in a bid to bring positive changes in the society. It will feature inspirational stories of these heroes waiting to for their ideas to be shared.

Aayushi KC, the Founder and CEO of Khaalisisi, a platform for efficient mobilization of recyclable trash in Nepal, leads the dream to build Nepal as the Top-20 recycling nations in the world. The entrepreneurial spirit in Aayushi KC drove her to leave a well-paying job at USAID Nepal to start a venture of her own. Given the appalling state of waste management and recycling industry in Nepal, Aayushi felt the need to address the problem of trash collection, starting with Kathmandu. Her idea of creating a digital platform to connect waste entrepreneurs was laughed over initially as an insane and unrealistic idea, but her firm determination led her to overcome the most overwhelming of shortcomings in order to turn her idea into reality. Today, she has successfully established a strong network of waste entrepreneurs in Kathmandu, leading Khaalisisi to reach the Top-9 of Google Business Group (GBG) Stories Search 2017, Tech Camp Chennai and Global Entrepreneurship Summit. Aayushi, who carries the vision to make Nepal a zero-waste country, was also listed among the ‘Forbes 30 under 30’ in Asia for her impactful social innovation.Being a young woman entrepreneur in the Nepali startup sphere, Aayushi believes that everyone should step above the gender rules to focus on bringing solutions to the indefinite problems that exists in our society.

Ashim Pandey, an aerospace engineer, is the Founder at YATRI motorcycles. Ashim, a technopreneur by passion, is a new name in the startup industry of Nepal, aims to design, engineer and manufacture green mobility solutions for the urban commuters of the future. Through YATRI, he wants to commit to clean-individual mobility and encourage the public to live a sustainable life. An expert in unifying classic design and future tech with sustainability, Ashim has helped bring new innovations to the automotive industry of Nepal. He brings his diverse international experiences to benefit the Nepali community at large with his startup and projects in aerospace and automotive industry. He cites that his major goal is to answer the callings of the informed enthusiasts and responsible city dwellers with creativity, innovation blended with engineering.

Asish Thakur, Executive Director of Glocal Pvt Ltd, is a person who exudes a personality filled with passion and ambition. He has continuously propagated a wave of change among youths, initiating platforms like Glocal Teen Hero to recognize teenagers who have committed themselves to something noteworthy in Nepal. Glocal Teen Hero was started in 2015, with the mission to provide recognition and exposure to teenagers who have made notable contributions in Nepal. He has also ventured to bring Glocal’s flagship project, Glocal Teen Hero around South Asia, starting with Glocal Teen Hero Mumbai. Through Glocal Pvt Ltd, he also conducts skill enhancement trainings, workshops and empowering programs for youths. An entrepreneur by profession, Mr Thakur holds an objective to fill the gap between education and employability in Nepal. As a professional trainer for Entrepreneurship and Self Competency, he has trained around 900 students all across the nation. Mr Thakur has been a speaker at Global Entrepreneurs Summit 2015 in Bangladesh and Global Entrepreneurs Week 2016 at Daffodil International University. As a change-maker leading a generation of changing dynamics, Mr Thakur, has truly contributed in the entrepreneurship ecosystem of Nepal.

Bipana Sharma, the Founding President of Child Club Network Sunwal, is a passionate Child Rights Activist in the making, who aims to make Nepal a child friendly country. She is working to discourage child marriage, child labor, discrimination of disabled, violation of child rights in Nepal since she was 7. Her social mission and movement led to the declaration of her municipality Sunwal as Nepal’s First Child Friendly Municipality. At an early age of 11, she founded “Ekta Child Club Sunwal” and today, she leads the role as a Board Member of National Child Friendly Local Governance (CFLG) Forum in Nepal. She has founded and worked as a team in 150 child clubs since 2012 and interacted with more than 1 lakh children and youths, both nationally and internationally. Since her childhood, she has been active in child friendly local governance programs in Nepal and her continuous determination and persistence soared with flying colors when she met the Prime Minister of Nepal, Mr KP Sharma Oli, to appeal about Child Friendly Local Governance and its implementation in Nepal. In 2015, she was awarded with Glocal Teen Hero Award 2015 in Nepal and “Asian Girls Human Rights Award” in Taiwan. Recently, she was awarded with District Youth Talent Award 2017 by National Youth Council Nepal. In 2016, the government of Nepal, UNICEF Nepal and Dhurmus Suntali Foundation collaboratively made a Child Friendly Movie, JYOTI, based on Sharma’s real story. Sharma has consistently led this social movement and believes that one day, child friendly local governance will be implemented throughout Nepal.

Nawaraj Parajuli, a renowned name in modern Nepali poetry, is the one who started the culture of the “Kavita Concerts” where he performs poems with music. He has toured around the world performing poems in Europe, Australia,Middle East,Asia . He has contributed immensely in taking Nepali literature in the international community. His book Sagarmathako Gahirai, collection of poems, has been awarded with one of the most prestigious awards in Nepali literature , Padmashree Award in 2017. His was awarded with Saataako Sahitya Puraskar from Australia in 2015.The winner of All Nepali Slam Poetry 2014, Mr Parajuli, was nominated for Madan Puraskar for the same book. He has been honored many times in Nepal and abroad for his contributions to Nepali Language and Literature. He is also a theatre artist in Theatre village who has performed in the play Hamlet in International Theatre Festival in Pakistan in 2017 and in the play Malini in Germany and Beljium. His poems are mainly themed on the social issues ,especially the issues related to women and their empowerment. The soul of his poems are relationships. Celebrated all across the country and in the international community, Mr Parajuli is a symbol of hope and optimism for the youth who follow art.

Priya Sigdel, is a social activist working for women empowerment and menstrual hygiene management in Nepal since the last 5 years. She is the president of HATTIHATTI, an NGO that empowers women from marginalized communities to help them become skilled entrepreneurs and independent individuals. She is also currently serving as the Country Coordinator at UDAAN and the Vice President of Rotaract Club of Kathmandu Metro. Priya Sigdel has been long instilled with the passion to work for the society and has been continuously striving for change. Her continuous involvements in social change have substantially exposed her in the local community as well as in international platforms. She has represented Nepal in international platforms like Global Changemaker Youth Summit 2017, Zurich and Bangladesh-Nepal Youth Convention 2017 in Dhaka. She is also the founder at Project Butterfly, former female champion at We Inspire Nepal and the Global Youth Peace Ambassador. She considers herself a responsible daughter of the nation. With the title of Miss Nepal Earth 2018, she is all set to embrace her title to start working towards environmental issues in Nepal this year. She believes that change ignites gradually, and every change starts with an individual. She plans to work towards the mitigation of pollution in Kathmandu by focusing on 3 R’s (Reduce, Reuse, Recycle). She is an eminent example of ‘beauty for a cause’, advocating for social and environmental change in the country.

Ranju Darshana, who calls herself a human, daughter, dreamer and fighter, strongly believes in youth activism and the change it can harness. She is an iconic youth activist and politician in Nepal who began her political career with Bibeksheel Sajha Party since the earthquake that hit Nepal in April 2015. She undertook rescue and relief activities through Bibeksheel Sajha Party persistently in 2015 and later, co-led campaigns against political strikes and turmoils in Nepal. At a time when the country’s politics was tangled between violence and vandalism, she stood for her non-violent stances to accomplish her dream of transforming Kathmandu into the most beautiful city. Ranju Darshana gave her candidacy for the Mayoral Post of Kathmandu Metropolitan City in 2017. Despite the criticism that she was too young to compete for the post, she continued her social and political campaign with full devotion, setting a perfect example that age doesn’t define maturity. She secured the third highest votes in the election, which, Darshana says, has further strengthened her motive to work for the society in the days to come. Through her active campaigning and social work, she garnered extensive praises and support from throughout the country as well as Nepalese youths living abroad. She is currently serving as the Central Committee Member of Bibeksheel Sajha Party and continues to represent the voice of youths through her campaigns and activism. Besides this, her interests also incline towards poetry and social work.

Sushan Bhattarai is an educator and is the Project Coordinator of Youth Together. For the past year he has worked to understand the Nepalese educational system and has taken small incremental steps to rectify this flagging system. In a country where learning is purely from the text book is rote based, he has advocated for student centric learning, and acknowledging the fact that learning is dynamic not static. He strongly believes the strength of this nation lies with its young minds and has faith that they can catalyze change in Nepal. Recognizing the need to empower youth, he along with three other friends started an initiative called Youth Together – a youth portal designed to bring young people together to create room for dialogue, share perspectives, help each other and create opportunity. Through this initiative they have taken, steps channel the incredible energy and fortitude young people bring to their communities. For Sushan Bhattarai, bringing together young minds is a key aspect in bringing change – new thoughts, new projects, and a future which is built with the zeal and ideas young minds have. He has pushed boundaries to create change, and has proved young minds can make a difference. 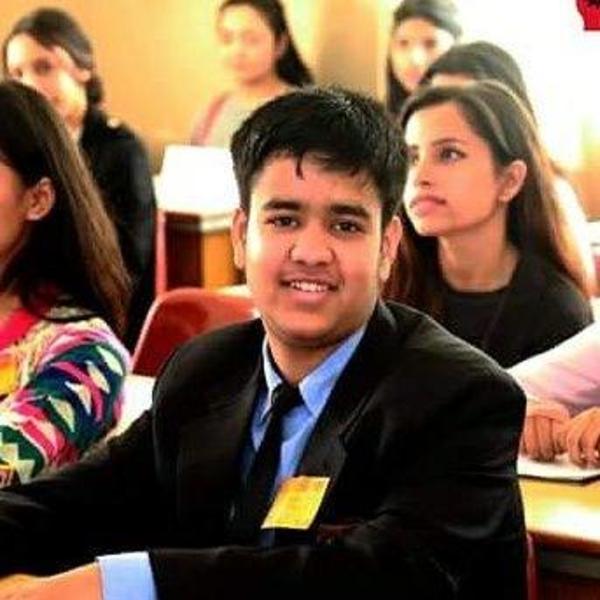 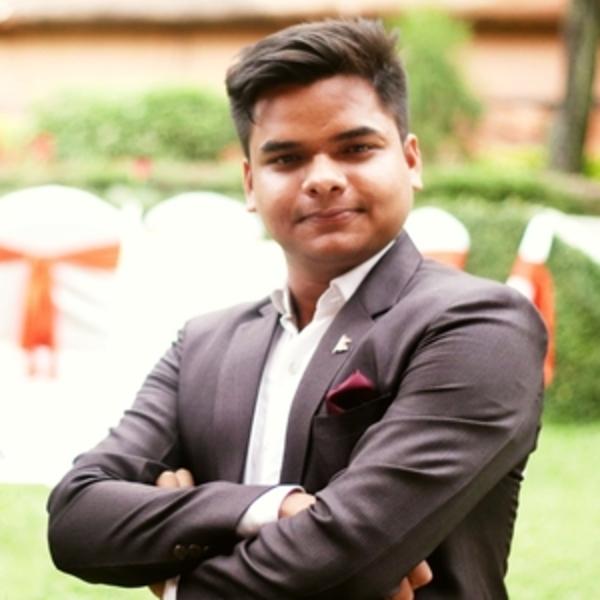