Theme: A View to the Future 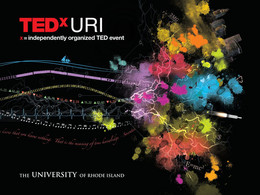 At TEDxURI, the University of Rhode Island brings big ideas to the world stage through the inspirational voices of our community and beyond. Our speakers challenge us to think bigger than ourselves, participate in shaping the future, and do our part in protecting the planet. Our mission is to honor these ideas, and share powerful stories of imagination, innovation, and integrity that will inspire others to Think Big.

Akeem Lloyd was raised by his grandparents in Atlantic City, where he struggled with a lot of personal challenges, identity, love, and suicide. During his first semester in college, he earned a 1.4 GPA. Lloyd managed to turn his academic challenges into inspiration over the next three years. His GPA improved to a 3.4, and he became the first person in his family to graduate with a college degree, a great accomplishment. Lloyd is now the founder and CEO of A Leadership Journey, a youth-centered travel program, and AkeemSpeaks, LLC, through which he serves as an education consultant.

Andrea Mason is a student at the University of Rhode Island following her passion for clothing, and majored in textiles, fashion merchandising, and design. She added philosophy as a second major after realizing her desire to explore the nature of clothing. To her, that which we put on our bodies deserves deep consideration as reflections of our own natures. After studying fashion and philosophy simultaneously, she is excited to explore their intersection on the TEDx stage and beyond.

Anna LaCroix is an 8th-grade student at Chariho Middle School in Rhode Island. Besides studying equal rights, she loves science, math, competitive swimming with Crimson RI Aquatics, running on the school track team, and traveling with her family, including their adorable black lab, Cooper.

Aria Mia Loberti is a staunch advocate for the blind and visually impaired. Her activism, which began locally, led her to the UN where she is an Outstanding Youth and on UN Women’s Task Force. At URI, Aria Mia, an aspiring academic, is a research fellow, teaching/research assistant, yoga teacher, and President of both URI’s Rhetoric Society and UN Association. In her free time, she enjoys reading, family time, exploring campus with her Guide Dog, and geeking out about all things sci-fi/fantasy.

Since 2000, Dr. Simmons’ intellectual work is motivated largely out of her teaching experiences. Overall, her doctoral research connects her interests in language and culture with a commitment to a positive human environment, discovering and inventing ways in which people connect and communicate within varied discourse communities. Analyzing the rhetorical questions inherent in all media, she invites us to contribute positively to the cultural climate, in which we find ourselves.

Daniel Faggella is founder and CEO at TechEmergence, the only market research and company discovery platform focused exclusively on artificial intelligence and machine learning. TechEmergence offers objective, jargon-free research and industry overviews designed to give executives and decision-makers exactly what they need for competitive insight, informed AI technology procurement and strategic planning around AI. Faggella sold his last business for over $1MM to fund TechEmergence.

Elizabeth Gruebel is a therapist, an instructor, a mother, and a lover of stories. She is a cheerleader for all people and works hard everyday to help others find their voice, inspiration, and work toward their own personal growth.

Dr. Mendenhall earned her Ph.D. in International Relations in 2017 and is now an assistant professor at the University of Rhode Island. She teaches International Ocean Governance in Marine Affairs, and has a joint appointment with Political Science. In 2011, she won a national college policy debate championship and currently sits on the Board of Directors for the non-profit Women's Debate Institute. As a native Kansan, she actively chose the ocean as an area of interest and study, and came to the TEDx stage to share her ideas with a broader audience.

Erik Schlicht is a student at the University of Rhode Island majoring in theatre and political science, and has been acting since early high school. He believes that there is a disconnect in our culture between what we think we know about artistic majors and careers and the actual outcomes of people who pursue them, and speaking from the TEDx stage is one way he hopes to bridge that gap.

Kunal Mankodiya founded the Wearable Biosensing Lab at the University of Rhode Island. He intertwines textile with sensors, computing, and internet such that individuals are enveloped by unobtrusive wearable tech for the improved quality of life, health, and wellness. He and his team recently received a series of accolades nationally and internationally for their design of "smart gloves and socks” which are aimed at providing the telemedicine care to people with Parkinson’s Disease.

Dr. Forster-Holt is an assistant professor in the College of Business Administration at the University of Rhode Island, where she developed the Guppy Tank pitch coaching series, new courses, and an interdisciplinary minor in Innovation and Entrepreneurship. She is the former CFO of Maine’s second largest credit union and a tech startup. She is also co-owner of the 158-year old manufacturing company, Shaw & Tenney.

Patrick Condon is the oldest sibling of 3, and a passionate member of the American Pharmacists Association - Academy of Student Pharmacists, where he served as the immediate past Region 1 Regional Member-at-large. He is also a co-leader in the University of Rhode Island's Service Corps Alternative Spring Break Program. He was led to the TEDx stage after a long history of enjoying listening in to TED and TEDx talks, and his fascination with the concept of sharing ideas to increase awareness and thought provocation.

Among the most accomplished and well known of the world's deep-sea explorers, Dr. Robert Ballard is best known for his historic discoveries of hydrothermal vents, the sunken R.M.S. Titanic, the German battleship Bismarck, and numerous other contemporary and ancient shipwrecks around the world. During his long career he has conducted more than 150 deep-sea expeditions using the latest in exploration technology. He is the Director of the Center for Ocean Exploration at the University of Rhode Island Graduate School of Oceanography and the President of the Ocean Exploration Trust.

Dr. Dorado is an Associate Professor of management at the University of Rhode Island, where her research deals with social innovation and social enterprises. She is also an Associate Editor of Business and Society and serves as a board member of DePaul Industries, a social enterprise devoted to generate employment for individuals with barriers to employment. Originally from Spain, she holds an M.A. from MIT and a Ph.D. from McGill University. 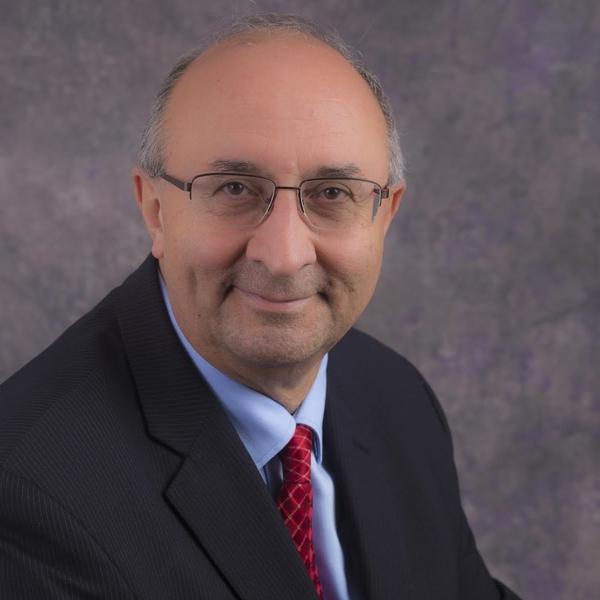