Scientists are working on extending life well beyond 120. Longevity is a fact, we’re all living longer. This acceleration in scientific discoveries, technological advances, behavioral practices, and social norms has a real impact on our communities. How do we make sure our long lives are healthy and rewarding?

AMY YOTOPOULOS serves as the Director of the Mind Division at the Stanford Center on Longevity. She has over a decade of experience in researching the aging mind and body. In addition to her previous roles at Stanford, at AgeWave and as the Director of the Avenidas Senior Day Health Center in Palo Alto, she has served on the Advisory Council for the Silicon Valley Council on Aging in Santa Clara County and the Association for Senior Day Health. She is currently a member of the Eskaton Board of Directors. Amy holds a BA in Psychology from Stanford University, and received both a MS in Gerontology and a Masters in Health Administration from the University of Southern California.

DAVE is adjunct Lecturer, product design program director at Stanford and co-founder of Electronic Arts. From saving the seals to solving the energy crisis, from imagining the first computer mice to redefining software — Dave’s been on a mission, including helping others to find theirs. Starting at Stanford with dreams of following Jacques Cousteau as a marine biologist, Dave shifted to mechanical engineering with an eye on the energy problem. So while en route to biomedical engineering, Dave accepted an invitation to work for Apple, where he led product marketing for the mouse team and introduced laser printing to the masses. When Dave’s boss at Apple left to start Electronic Arts, Dave joined as the company’s first VP of Talent, dedicated to making “software worthy of the minds that use it.” Dave holds a BS and MS in Mechanical Engineering from Stanford and a graduate diploma in Contemplative Spirituality from San Francisco Theological Seminary.

ELENA CHAVEZ QUEZADA is the senior program officer at the Walter and Elise Haas Fund, where she manages the economic security portfolio. Her work supports a range of organizations across San Francisco and Alameda Counties focused on workforce development and asset-building. Elena is also a founding partner for the Closing the Women’s Wealth Gap Initiative; a Mayoral appointee to the San Francisco Citizen’s Committee on Community Development; and a member of several other advisory and steering committees related to economic security. Elena came to the Fund from Tipping Point Community, where she worked as a Senior Program Officer in supporting 12 nonprofits fighting poverty in the Bay Area. Prior to her roles in philanthropy, she managed the California expansion of Single Stop USA and worked on research and policy at the Aspen Institute’s Financial Security Program.

MARC FREEDMAN is founder and CEO of Encore.org. Originator of the encore career idea linking second acts to the greater good, Freedman co-founded Experience Corps to mobilize people over 50 to improve the school performance and prospects of low-income elementary school students in 22 U.S. cities. He also spearheaded the creation of the Encore Fellowships program, a one-year fellowship helping individuals translate their midlife skills into second acts focused on social impact, and the Purpose Prize, an annual $100,000 prize for social entrepreneurs in the second half of life. (AARP now runs both Experience Corps and the Purpose Prize.) Freedman was named Social Entrepreneur of the Year by the World Economic Forum, was recognized as one of the nation’s leading social entrepreneurs by Fast Company magazine three years in a row, and has been honored with the Skoll Award for Social Entrepreneurship.

Dr. Preston W. Estep is Director of Gerontology and is part of the senior management team of the Personal Genome Project (PGP) at Harvard Medical School. He is also Chief Scientific Officer of Veritas Genetics, a genetic testing and genome sequencing and interpretation company in the Boston area. Dr. Estep received his from B.S. degree from Cornell University and his Ph.D. in Genetics from Harvard for his graduate work in the lab of Professor George Church, founder of the PGP. Dr. Estep is the author of The Mindspan Diet, a book for lay audiences explaining the genetic and interacting dietary factors that most influence physical and mental longevity. He is a co-founder and adviser to multiple startup companies and non-profit organizations, with a special focus on human longevity and life extension. He is a frequent speaker to professional and public audiences, and he is often interviewed by journalists on topics in genetics and longevity.

THIBAULT DUCHEMIN grew up in Paris, France as the only hearing person in a deaf family. Sign language was his first language, and he experienced from a very early age the multiple challenges that deaf and hard-of-hearing people face in understanding and communicating with the rest of society. Helping his family navigate between the hearing and the deaf worlds led Thibault to found Ava, a mobile-based artificial intelligence that empowers people with hearing disabilities by allowing them converse in real-time with family, friends and coworkers. Thibault holds a double Master of Engineering from UC Berkeley and Ecole des Ponts ParisTech. In 2017, he was named a Forbes 30 Under 30 in Consumer Technology and is member of the Hearing Loss Association of America Board of Trustees.

VANESSA GRUBBS is an associate professor of medicine in the division of nephrology at the University of California, San Francisco. She has maintained a clinical practice and research program at Zuckerberg San Francisco General Hospital since 2009. For the last decade, she cared for patients with advanced chronic kidney disease and those on dialysis. She has a special clinical and research interest in renal palliative care and has written and spoken in national forums on this topic. She received her undergraduate and medical degrees from Duke University. Though much of her time is dedicated to scientific writing, her passion is narrative nonfiction writing. She’s taught "Writing For Change," narrative writing from a health policy perspective to medical students and practicing clinicians since 2011. HUNDREDS OF INTERLACED FINGERS is her first book. 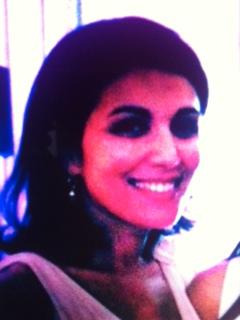