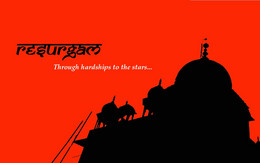 For the first time, TEDxIIMSirmaur is a collaboration between Indian Institute of Management Sirmaur students, faculty and the community. The conference will feature interdisciplinary presenters expressing their past experiences, current projects, and future visions to promote inquiry, innovation, and critical discussion.

The Olympic Games 1992, Barcelona, Spain. Derek Anthony Redmond, a British athlete at the crest of his form, looked all set to win the 400-metre sprint and clinch a place for himself in the Final. But Destiny had other plans. Close to the 200-metre mark, Derek snapped his hamstring. Not only did this throw him out of contention for competing in the Final, it cast a shadow over his chances of finishing the race. A fighter at heart, Derek continued toward the Finish Line with his pulled hamstring, soon to be supported by him father, Jim, who emerged out of the crowd to lend a shoulder to his son and see him through till the end. Though the scoreboard flashed a 'DNF' (Did Not Finish) against his name on account of resorting to external assistance in finishing the race, 65000 people standing on their feet applauding the 'champion' had a different story to tell.

The theme of the first edition of TEDxIIMSirmaur 'Resurgam' - Latin for 'I shall rise again' - celebrates these resolute and tenacious dimensions of human character. As is said, "The best way out is always through.", 'Resurgam' resonates well with the work and experiences, ideas and perspectives of a diverse group of speakers representing a wide array of professions and variegated interests.

"Never throughout history has a man who lived a life of ease left a name worth remembering." - Theodore Roosevelt
People on noble pursuits may fail, for the path to success is no cakewalk. It is the grit, determination and the indomitable human spirit that empower mankind to rise from the ashes; to surface from the abyss. And 'Resurgam' is the rostrum to honour and raise a toast to such extraordinary souls who have fallen only to rise and only to rise thereafter. These embodiments of inspiration and exemplars of the conquerors of adversity will grace the occassion with their life-altering experiences and pioneering endeavours and thereby set the stage for the young and entrepreneuring minds in the audience to unleash the heroes in them for the greater good.

For the very first time, we present to you TEDxIIMSirmaur 2017 - 'Resurgam'

As a student of Computer Science, Avinash first got in touch with Waste Warriors in late 2012 with a motive to volunteer and do his bit. Over the last five years, Avinash has been involved in Waste Warriors and its mission in different capacities in the fields ranging from Project Management, Training, Consultancy to Strategic Organizational Development. Today, under the guidance of Jodie Underhill, the founder of Waste Warriors and his mentor, Avinash is working on restructuring the organization which will have better systems in place for data driven decision making and impact assessment, bringing the organization one step closer to its dream – A Cleaner India. When he is not cleaning up a mountain trail or brainstorming with other team members, he can be found trekking up another mountain peak or cycling to the nearby city for his favorite snack.

At the age of 12, she was awarded "State Child Scientist" award at National Children's Science Congress. Since her childhood days, she has been very passionate about public speaking and networking with people which later helped her to pursue her career in Human Resources function. Kamalika Deka is currently heading HR function for North in Jubilant FoodWorks Ltd for the brand Domino's. She has over 10 years of work experience in the field of HR. Gender Diversity at workplace, a topic very close to her heart and as a female professional she wants to take this forward in a meaningful way. Also she has been actively involved in the cause of prevention of Sexual Harassment at Workplace as an ICC member both in her present company as well in her previous organisation Titan Company Ltd. Inspite of her strenuous day job, she have volunteered for guest lectures in the premium institutes of the country. Interacting with Budding Managers is what she loves to do during her free time.

17-year old Kartiki Bhatnagar is the tangible expression of brilliance. Since the age of 8, she has been writing for many national magazines. Her flair for writing gets manifested in her blog – Embracing Life where she pens down her thoughts, her life lessons and experiences with élan. Her quest to raise awareness about Vitiligo – a rare skin condition – has been acclaimed in more than 60 countries the world over, garnering 2000+ hits on her blog. Trained in Odissi, Kartiki’s diverse dimensions take form when she dons the hat of a passionate theatre actor, an amateur film-maker, a poet, a debater and an aspiring psychologist merely waiting to take wing! Her innate munificence takes shape through her association with the NGO ‘Akanksha’ and ‘Face to Faith’ – a global education initiative of the Tony Blair Faith Foundation – besides her multifarious endeavours as the President of Social Initiatives of her institution. With numerous internship experiences (with Breakthrough, Inking Pages,

An inborn naturalist, Vivek Sarkar is a Cicada biologist and author of the first ever field guide on Odisha butterflies, ”Butterflies of Bonai”. Born and brought up in a small town in Northern Bengal and inspired by his parents, Vivek completed his Masters in Wildlife Biology from North Orissa University. He was engaged in wildlife and conservation projects in Odisha (2010-‘13) before joining National Centre for Biological Sciences (NCBS) in 2013. From 2015 he has been a biologist at UNESCO Category 2 Centre (Asia Pacific) and has received Rufford Small Grant to pursue his interest on cicadas independently. Presently, he devotes all his time to cicadas in Meghalaya and is preparing a regional inventory of cicadas along with a call library and natural history observations. He is also documenting cicada related folklore and organising outreach programs on cicada-study.

Yogesh Kumar is the founder of Even Cargo, India's first e-commerce logistics company, solely driven by women. Delhi OYE (2014) is also founded by Yogesh which is an organization working towards creating a gender just society. Yogesh's work has been recognized and appreciated by international and national media like NY Times, The New Yorker, BBC, and NDTV among others. His commitment and dedication towards the cause of women empowerment and gender parity have helped him achieve acknowledgment by reputed institutions. His TISS DBS Fellowship, UnLtd India Fellowship are among his various other accomplishments. Yogesh is the winner of Young Social Entrepreneur Award given by Singapore International Foundation (Singapore) in 2015. Yogesh is a gold medalist for Research with a Master's Degree in Social Entrepreneurship from TISS, Mumbai. 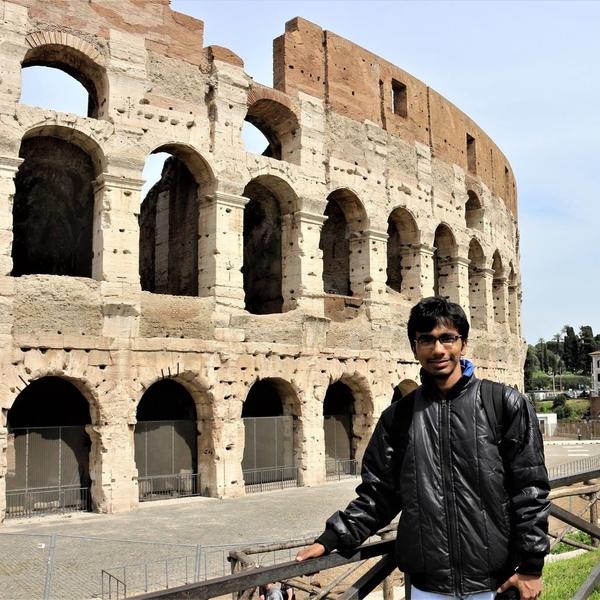