This year’s TEDxISM theme is all about looking at the things from the perspective, which makes us question whether the world, as we know it, really is the way we see it. Or is it somehow different?

The topic is about doubt whether our expectations, predictions and calculations about the future of the universe are right. Questioning the expected makes us dig deeper, discover new ideas and thoughts that might have never occurred to us otherwise and most importantly it makes us curious. Curious about the history, the present and the future potential of our universe. We want to show that circumstances, people, breakthroughs and many other factors often change the expected course of events and end up in an unexpected way. So how to be prepared and find correct answers to potential future questions?

The theme is also about our personal expectations and future us in that universe. It is usual that people tend to live with the idea of how things in their lives should be going, though not how they are doing at present. Stereotypes that come from our environment or the past and possibilities that we refuse to consider might be the main triggers of our unfulfilled but wanted visions. However, this theme covers much more than just a human being expectations and expectations about the universe.

‘Question the Expected’ is all about provoking the life we have planned so to envision the one that is waiting for us. People are afraid to be who they are. In order to change it at least a little bit, we need to find a hero. The hero can be anyone. A family member, the president or even a Batman. It doesn’t matter. This topic is not about the people. It is about their mindset that can change you and the world itself. This theme looks for the different perspectives to see the very same thing.

Aidis is a co-owner and Creative Strategist at “Socialus Marketingas”, a digital advertising agency. He was one of the first people in Lithuania who started speaking about the growing influence of social networks and advising brands on their strategy. Now his daily tasks are focused not only bringing brands closer to consumers but also on increasing his team’s productivity and helping people to become better at what they do.

Alesis is the co-founder and CTO of AimBrain, the London based Biometric Identity as a Service startup. He works on delivering cutting edge biometric solutions (including face, voice and behaviour) for user authentication. His main interests lie in innovative and creative applications of Machine Learning.

Alice Skelton is a research assistant at the Baby Lab of the University of Sussex, which seeks to determine how infants learn to understand the world. When she started working at the lab, she found out about the weird world of colour cognition. After this discovery, Alice became very interested in the topic of how babies see and perceive the world, what it can tell us about how they learn about the world, and why we behave the way we do as adults. One of the largest projects Alice has taken part in is the Categories project, which looks at the categorisation of colours in infants below 6 months of age. The purpose of the project is to find out what is it that babies are using to make their colour categories and what can that tell us about the way we talk about colour as adults.

Douglas McMaster is a chef and founder of a first ever zero-waste restaurant called Silo. Before the opening of Silo, Douglas has worked all around the world in high profile restaurants such as St. John Bread & Wine in Spitalfields, London. In 2009 Douglas won the ‘BBC Young Chef of the Year Award’, while in 2012, he won the title of ‘Britain’s most irreverent chef’ at the first Y.B.F awards, cooking a tasting menu comprised of food that would have otherwise been ’wasted’.

I recently went through a drastic career change and started my professional journey in Blue Bridge company as IT services Sales Manager after spending 5 years in 3D printing industry. I reached the point when I felt this is the right time for challenges to hit me. I wanted to get a new set of skills. I am a woman and certified engineer; it is never easy in nowadays-stereotyped society. Many times, I was asked to hold interviews about women in technology field as if it was something spectacular. I believe that people cannot be just one-way professionals. I took my chance to realize myself in different role by following my life motto ‘now or never’. Nevertheless, for the past several years I had strong relationship with 3D printing and its technologies. I was able to do my bachelor and master thesis related to this field. I had an opportunity to work in one 3D printing start-ups in Germany, became part of developing product and got deeper professional understanding about the industry.

Evelina is working for Oxfordshire Mind, the organization based in the UK, offering coping skills and creative services for people who experience mental health issues. She has also recently become a coaching psychologist, as the idea of empowering others, especially young people, for a change, removing psychological barriers, in order to go for their dreams and ambitions, fascinated her since she came back from the journey.

Most of her life Giedrė felt that stereotypes about people with non-standard body shapes do not match with the reality of their lifestyle. That is why, with a help of social media, she decided to start talking. Two years ago Giedrė started an initiative that now turned into a brand – ‘Dydis nesvarbu’ (en. Size does not matter), which in Lithuania spreads the idea of respect for your own body.

Alfredas Babkovskis is the Managing Director of SLO Lithuania – a b2b distribution company that sells electrical products and related services for industrial, utility and construction customers. His energetic approach, foreign experience and adaptation of new business strategies increased the company‘s turnover in Lithuania by 70% over a 3 year period. Currently there are 67 people working at SLO, the company operates in the 5 largest cities of Lithuania. Giedrė Simanauskaitė is an internal communications guru at INK agency. She holds the degree in psychology, social and cultural anthropology. Applying social science insights at work, Giedrė consults business companies on how to increase employee happiness and engagement at work since it leads to higher productivity and profit.

Text Hover Author Helen Benedict is a novelist and professor of journalism at Columbia University in New York. Her new novel, Wolf Season examines the aftereffects of war through the stories of three women, one of whom is an Iraqi refugee, their children, and two men who live in a small American town. The novel before that, Sand Queen, looks at the Iraq War through the eyes of two young women, one an American soldier and one an Iraqi medical student. Her nonfiction books include The Lonely Soldier: The Private War of Women in Iraq, for which she spent several years interviewing women soldiers and Iraqi refugees. Her writing inspired a class action suit against the Pentagon on behalf of those sexually assaulted in the military, and the 2012 Oscar-nominated documentary, The Invisible War.

Pim Haselager obtained master degrees in philosophy and psychology and received his Ph.D. in 1995 at the Free University of Amsterdam, the Netherlands. Currently, Pim is an associate professor and senior researcher at the Donders Institute for Brain, Cognition and Behaviour, at the Radboud University Nijmegen. Pim is interested in the societal and ethical implications of cognitive neuroscience and artificial intelligence. Because the progress in science and technology is fast, we need to consider and discuss the main consequences (good or bad) well in advance of practical applications in order to make responsible decisions.

Sakalas is a widely recognizable Lithuanian theatre and film actor, director and sport glider pilot. Apart from acting himself he is also teaching at Lithuanian Academy of Music and Theatre. Throughout his professional career as an actor and acting teacher he was fascinated with the process of acting itself, how it works and how it is perceived by the audience. He finds the character to be the central point of any kind of public presentation, not necessarily artistic.

Saulius Alksnis is a Co-Founder of career mentoring platform ‘idialogue’, Sales Team Lead in one of the leading training and consultancy companies ‘TMD Partners’, graduate of ISM (Lithuania) and Maastricht (Netherlands) Universities, but most importantly – addict to people’s growth and constant development.

Tomas is a Co-Founder and Chairman of Turing Society, a non-profit focused to make world class tech education available to all. Turing Society, since its beginning, grew to an international organization, with teams in 4 cities and over 40 people working towards the same vision.

Tom Hashimoto is a Director of MSc Financial Economics Programme and Senior Assistant Professor at ISM University of Management and Economics in Vilnius. He is a Fellow of UK Higher Education Academy as well as Career Integration Fellow (2016-19) at CERGE-EI (Prague). Tom specialises in post-socialist financial centre development. His foci are financial institutional reforms, collective political will and socio-legal philosophy behind the transition. His short commentaries on South-eastern Europe can be found in 'CE Financial Observer', published by the National Bank of Poland.

Vilius Benetis – junior product development engineer at Narbutas Furniture Company, bachelor at VGTU in Industrial Product Design, studying Industrial Design master’s degree at VGTU. All his life Vilius was interested in making new things, especially making the idea, design and basic components construction, so not a big surprise that he ended up studying industrial design and started working with furniture. Vilius had some experience with different kind of products he worked through in his life, but he has never made a pair of shoes before. However, everything changed when he and four other industrial designers come to participate in Futureprenuers event. They were inspired there to try to solve the problem of old tire waste. As industrial designers, they found it pleasantly challenging, interesting and suiting not only their specialty, but thinking as well.

Žilvinas has been working in the non-governmental sector for 12 years as a youth worker, project manager, and trainer. Currently, he is running a social empowerment program “Socialinis Sufleris” helping communities to initiate and make a change on a local level. Recently Žilvinas has also discovered his new passion which is graphic recording. 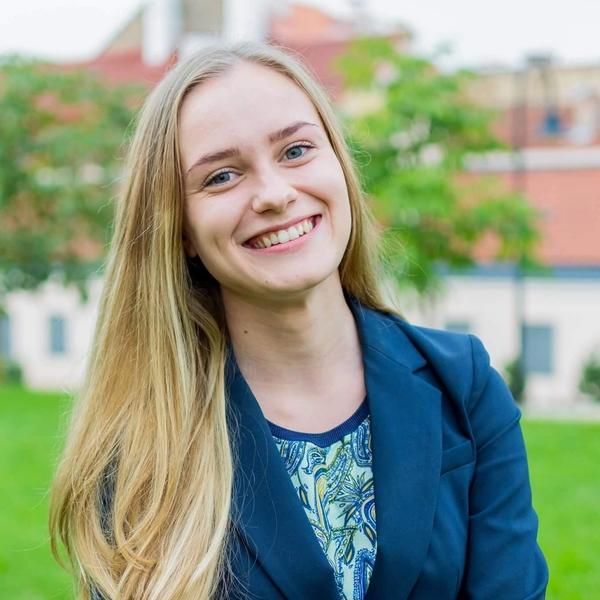