In a time where change is the only sure thing to count on, dealing with or preparing for everything life throws at us can be overwhelming. What are the best ways to tackle current scientific, cultural, social or economic challenges? Can we build on existing discoveries or is there a brand new way to do it? TEDxMauerPark aims to challenge the audience to look at things from new angles and consider thinking, acting and reacting different and progressive. By receiving real knowledge - not alternative facts. By being pointed to the bigger picture or sensitized for tiny details that might make all the difference. Good stories and topics that truly matter and effect this current and the following generations.

Adrienne is a global Adidas brand ambassador, personal trainer, mentor and motivational speaker. She shares her passion on her blog and social channels which is an encouraging and inspiring platform for women. As the mum to six year old Jude, Adrienne and her family enjoy an active lifestyle together. Most recently, she co-founded GetToKNOW, a network and community for women in the creative industries. GetToKNOW host panel discussions and workshops with female founders and industry leaders, offering peer-to-peer networking, real talk and support, to help all women achieve success. Adrienne has collaborated with brands such as Virgin Sport, New Look, AVEDA, Garmin and Adidas and has been featured in Women’s Health and Sunday Times Style, as well as being named a “New Face of Wellness” by British VOGUE.

Chidera Eggerue ‘The Slumflower’ is a young author, style blogger and creative director of Innclusive- a travel property company without racial bias. She has amassed a large following of women through opening up important dialogues that women often struggle to have, including topics like body image, dealing with emotions that scare us, the journey to success, and feeling out of place in society. Due to her extremely high social media engagement and exciting content at www.theslumflower.com, this following has quickly turned into a small community full of like-minded people who want to change the world around them. Being a woman of colour who deals with a lot of subtle friction in her industry, she’s managed to find the balance between speaking up and calling out inequality in the industry whilst maintaining a relatable, fun and infectious attitude.

Emily Morin, was born in a small French town outside Montreal, Quebec in Canada. She’s lived and traveled in many different places in the world for her studies, career, and for her pursuit for personal growth. Emily has always found challenges to further push herself. Emily has also faced very difficult and unexpected challenges, one of which is her ongoing battle with her illnesses. During her struggles, she learned at a young age there are still many things we don’t know or fully understand. Emily learned if we want to succeed, grow, and overcome the difficult times, we must take matters into our own hands. Because of this, she learned not to waste any moment by utilizing the things she has no control over to achieve personal growth and live a happier more fulfilling life. “Knowledge is one of the most important and powerful things in life and I will continuously search for things I don't know and do everything in my power to share with others what I’ve learned”.

Not many artists can go from gracing the stage at New York's legendary Blue Note with a full jazz band, to recording dance records with the likes of Nickodemus, No Regular Play as well as performing in front of thousands at Vienna's Donauinselfest. STIMULUS does it effortlessly. The Brooklyn born MC and DJ was discovered by Mark Ronson, who recorded and produced his first demo. Stimulus went on to release his debut solo MC project on Universal. Versatility describes his talents best. From Vogue's designer of the year dinner to Le Bain to Nike's open-air celebration of the World Basketball Championship's in Turkey, Stimulus is always on point as a DJ. Prior to his career in music, Stimulus, then referred to by his government name Ian Lawrence, worked in retail as an account executive for Puma.

Jeanne Zizi Margot de Kroon grew up in Holland. She left Holland at age 18 to be a street musician in Paris where I unfortunately got discovered to be a model. Her unsuccessful modelling career turned out to be a blessing in disguise as she discovered that fashion without an actual story was quite meaningless. She traded in polyester outfits for Simone de Beauvoir at a German University and worked in different NGO’s worldwide during her semester breaks. This pushed her to start a company: Zazi. Within a year they were called by German press as ‘fashion idea of the year’, won the Young Icon award and it is the fastest growing ethical luxury fashion company in Germany but more importantly: all their fashion is made by women empowering NGO’s worldwide and now they've employed over 100 amazing ladies in small villages across Central Asia, Afghanistan and India. Using the proceeds to fund an Education Project and Womens Health Clinic in Rajasthan, India.

Jeff was born and raised in Berlin, Germany by Ghanaian parents. This allowed him to build and keep a strong connection with Ghana. He realized that having the benefits of studying in Germany and across Europe should be used and catalyzed to trigger sustainable development in Africa. Jeff is a Consultant in EY’s People Advisory Services and he works on major HR transformation, change management and transactions projects for global organizations across all sectors. His education includes a Master’s degree in Human Resources and Consulting from the Lancaster University Management School in UK and a Bachelor’s degree in Business Psychology from the SRH Business School in Germany. He is also co-founder of the non-profit organization Future of Ghana Germany e. V. with one vision and goal: Organizing, mobilizing and advancing the education as well as the training of children and young professionals living in the Diaspora.

As AirHelp’s VP of Product, Johnny has been responsible for making AirHelp the fastest developing company in the travel-tech industry. Quach is a versatile entrepreneur with experience building simple, thoughtful products in multiple industries. He has a reputation for making a big impact, fast. After only 6 months at Rocket Internet, Quach launched 3 companies from zero across Germany, Indonesia, Thailand, Singapore, Brazil, Malaysia, China and the UK. Over his career, Quach has headed product teams in three different continents. He was Head of Product for Berlin-based company Zenrooms.com, Senior Product Manager at Match.com in Los Angeles, and VP of Product for Unison in Shanghai. He also has eight years of experience in the fashion industry for premium brands. Quach spent two years as a professional poker player and enjoys table tennis and break-dancing in his free time.

Nyasha Bralock was born and raised in Los Angeles, California, by her mom who was a nurse and university professor. After graduating college, she established a successful career in the commercial real estate development. Throughout her career, Nyasha has worked to mobilise individuals and organizations to address pressing social needs. This includes teaching goal setting and vision casting workshops for young women who escaped sex trafficking rings, as well as organizing large-scale community outreach initiatives. She has helped to provide disaster relief, educational support, poverty and homelessness and fundraising. In 2015, she relocated to London, England to become the Head of Assets for the World Association of Girl Guides and Girl Scouts, the largest girl and young women organisation in the world with over 10 million members, overseeing their world centres in London, Switzerland, India, Mexico and several countries in Africa.

Philipp Primus is a interdisciplinary researcher in Physical Chemistry and a Photographer. In all of his work, he is passion- ate about using light as his tool, investigating the properties of molecules and atoms and capturing photographic images to tell human stories.After finishing his degree in Chemistry, Philipp went on to focus his research on the development of novel, optical methods during his PhD in Physical Chemistry at Potsdam University. His current research project investigates structural differences in nanomaterials desiged for clean energy production in fuel cells, using predominant- ly optical methods. What happens at the intersection of science with broader society, how can we create the opportunities to transform our shared myths and ultimately our societies? How can we avoid a dogmatic view of things? These questions lie beneath his work and motivate his scien- tific and photographic work.

Victor Basta is the Managing Partner of Magister Advisors, a boutique M&A firm helping larger international tech companies to raise capital and execute M&A transactions. He has advised on over 120 transactions across 25 years, and helped found and build three successful corporate finance firms in the process. He has clear views on a range of issues affecting the tech industry today, and has shared them regularly on CNN, the FT and the Economist amongst others. Prior to founding Magister, Victor was the founder and managing partner of Arma Partners LLP; global co-head of Broadview prior to its sale to Jefferies, and an Adjunct Professor of Entrepreneurship at INSEAD, as well as past President of the UK/Irish Tech Tour. He received an MBA from the Columbia Business School and a combined Masters and BA in International Affairs from Columbia University. Victor is both a US and UK citizen, an avid chess player.

What does communication mean? How does it affect us in an ever-connected global world like ours? Yu-Ting has been confronted with this question since birth. As a second generation Taiwanese, he has juggled two cultures in the way he was brought up by his parents. His parents tried to keep the Asian traditions alive at home, while also sending him to a German school to fully integrate himself into his new environment. This question of identity, even more, the question of communication between cultures and people, lead Yu-Ting’s choice of a professional path where he could explore different means of sending and receiving a message. In his work as a marketer and brand consultant, he successfully implemented communication concepts for known companies, while continuously diving deeper into this subject. Yu-Ting’s mission to discover and reflect on what it means to interact while keeping human integrity intact is a common thread in both his professional and private life. 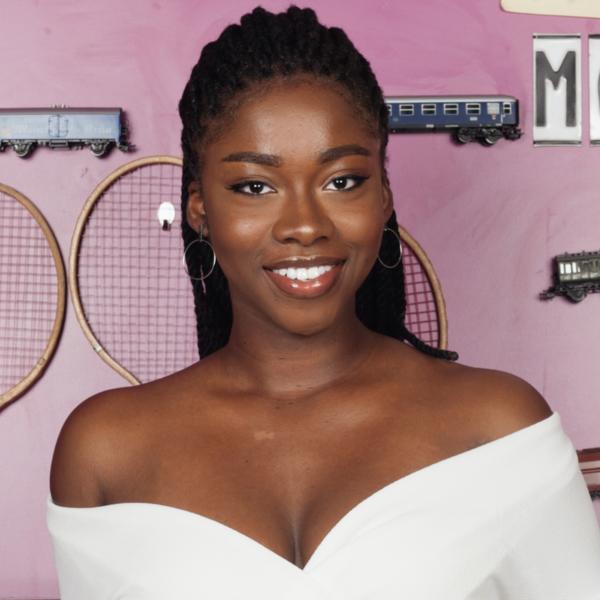