Alyea Pierce is a two-time alumna of Rutgers University with a masters in College Student Affairs. She is an author, international poet, and playwright who is a “real nice cook up” of the West Indies. Pierce’s work has been featured on the stages of the Apollo Theatre and Broadway’s New Amsterdam Theatre, as well as countless TEDx events across the states and abroad. Her work has been published in the Caribbean Writer, and she is the 2016 playwright-in-residence and actress for the Strength Out of Shadows Theatre Company.

Derrick is President at Animal Orthocare, LLC (www.animalorthocare.com). He and his team custom manufacture external prosthetics and orthotics for pets to lead a better quality of life. He travels the world to help animals in need and is a leader in his niche. Derrick's specialties include Veterinary Prosthetics and Orthotics.

Jena Booher is a Social Scientist pursuing her PhD in Psychology, Entrepreneur, Certified Life Coach, and a former Sales Trader where she spent eight years in Sales & Trading at JPMorgan. Jena founded Babies on the Brain, a mission driven organization working on ending the motherhood penalty. Her company aims to increase female retention, improve the health and wellbeing of employees, while giving companies the tools and skills to make it happen. babiesonthebrain.com

An award-winning Filipina-American actress and two-time sexual assault survivor turned activist. In 2013, Mae was awarded the highest honor in entertainment at the Filipino American Hall of Fame for her contribution to the arts and entertainment. She’s a Goodwill Ambassador for various non-profits focused on the prevention of violence against women and girls. In 2016, EuropeAid honored her as one of the Top 200 Women in the World Development Wall of Fame. Mae is currently working on co-producing an independent show called 1Kind Chicago.

Maria Yuan is the Founder and CEO of IssueVoter, a nonpartisan, online platform with a mission to give everyone a voice in democracy by making civic engagement accessible, efficient, and impactful. Maria’s professional experience spans recruiting, social enterprise, investment banking, strategy, corporate development, consulting, and nonprofit boards.

Matias was pursuing his Business and Marketing Degree, and a terrible family accident took place and his uncle, Jorge Barriga, who was a great magician on his twenties, died. Matias inherited part of his uncle’s magic library and decided to take his hobbyist’s interest in magic to the professional level fusing it with his knowledge of business and marketing.He believes that magic is not about the magician… it's about performer and audience together letting their imaginations flow with one astonishing effect after the next. He's excited to WOW you funcorporatemagic.com.

(Executive Director) Michael Rossato-Bennett is the Writer, Director and Producer of ALIVE INSIDE – winner of the 2014 Sundance Film Festival Audience Award for U.S. Documentary – and the founder of The Alive Inside Foundation. An Architect of Change, he works to heal our culture in transition. His films are designed to inspire growth and raise our communal consciousness. Rossato-Bennett is working on "Alive Inside 2," "Brian's Songs" and several other documentaries and books. He works in The Alive Inside Space in New York City.

The ”Experts" scorned and laughed saying Viagra would be a laughingstock and could never be effectively sold. They were wrong. Rooney led the team that turned Viagra into the world’s most famous brand, with over $15 billion in cumulative sales worldwide. Rooney also launched and led the global team for Celebrex, the world’s largest branded pain franchise. Rooney is one of the world’s most sought after strategy & branding specialists for both corporate brands & high profile individuals.

Stephanie Seban is a blogger and wellness advocate who has been thriving with stage IV metastatic breast cancer for over 6 years. Only 1 in 5 women with Stephanie’s diagnosis live to see 5 years. She finds joy and purpose in inspiring others by sharing her journey and has become involved in multiple philanthropic projects. Stephanie learned there aren’t many resources available that provide support for young women with cancer. She launched www.stephanieseban.com; a collection of personal experiences, knowledge and resources for anyone facing a cancer diagnosis or health challenge.

Suuchi Ramesh is the founder & CEO of Suuchi Inc. Using technology and an ageless culture Suuchi Inc has built the garment manufacturing factory of the future.

Ted Gilvar is the Chief Marketing Officer at Vonage. He joined Vonage in April 2015 as CMO. He leads all aspects of Vonage’s marketing efforts across its business and consumer segments and has helped drive a rapid pivot in Vonage's business model, driving business growth or over 30% annually and re-positioning Vonage as a leader in cloud communications for business. Prior to Vonage, Ted spent 6 years as EVP and CMO at Monster Worldwide, Inc., overseeing all aspects of Monster’s global marketing function. He has more than 25 years of experience leading advertising and marketing for numerous world-class brands including Dunkin’ Donuts, Timberland, General Mills and Reebok. His repertoire also includes BBDO, managing advertising for the NFL, Target, AOL and Guinness.

Tina Powell is CEO of C-Suite Social Media, a digital marketing and social media consultancy for the financial services industry. A dynamic leader with more than 20 years of experience, Tina works with leaders and thought-leaders to help them build strong brands and find their voice via social media.

Valerie Bennis is a certified aromatherapist and the creator of the award winning Essence of Vali line of therapeutic products. During a period of grieving due to several losses, she discovered the healing capabilities of Tantra and wrote her first poem in 30 years regarding one of her experiences. 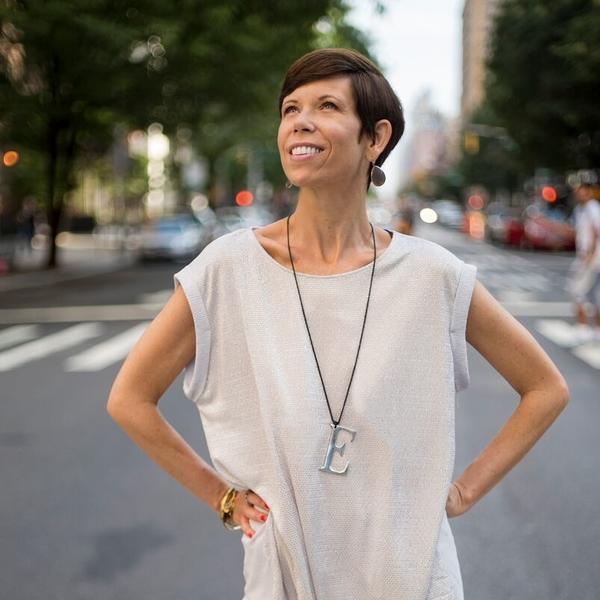