The University of New York in Prague and the UNYP Student Council are bringing this high-profile event to UNYP on Saturday, November 11th. TEDxUNYP is an event that brings bright minds together to give idea-focused talks on a wide range of subjects, to foster learning, inspiration and wonder – and provoke conversations that matter.

Fifteen years in the corporate arena with roles in marketing, sales and communication, living in 5 different countries across Europe and Asia. Alena helps business leaders develop a powerful personal presence on and off stage and deliver presentations that capture the hearts and minds of their audiences and inspire action. She works with individual and corporate clients in all parts of Europe. She also acts as a mentor for startups, helping them design and deliver winning business pitches. In collaboration with Presenation.com, she coached the Czech team X.GLU which became the world winner of Microsoft Imagine Cup 2017. Alena is regularly asked to speak at industry events and conferences. She participates at The International Board of Entrepreneurs, Entreps.org, runs The Public Speakers, Trainers and Coaches Club in Prague and is an active member of Toastmasters International, regularly participating in public speaking contests.

Andreas Antonopoulos is the Rector of the University of New York in Prague (UNYP), a Professor of Entrepreneurship and a Partner in the Venture Growth Partners investment fund focusing in early stage investments. Andreas teaches Entrepreneurship in several MBA Programs around the world and regularly gives related seminars and invited speeches. He has over 25 years of an academic, entrepreneurial, investment and corporate background blend. He was Co-Founder of Working Knowledge, a leading telecoms advisory firm in London he exited in 2007, he co-founded Viva Credit, the market leader micro lender in Romania and has been an angel investor in a dozen other failed, alive or thriving ventures. He is also a mentor in a few select accelerators such as Wayra and Startup Yard. Andreas has worked and/or lived in Argentina, Brazil, Germany, Greece, Hungary, the Philippines, Romania, Singapore, Spain, the UK and the US, and speaks 6 languages. He holds a Ph.D. in Electrical & Electronics...

Today, Aron is one of Sweden’s most popular speakers with over one hundred engagements per year. His motivational talks on how to achieve goals and maximize potential have inspired many of Sweden’s largest and most successful companies and organizations. It’s an exciting and fascinating experience to listen to Aron – and become part of his adventures, creativity, humor and fighting spirit. Even as a child, Aron enjoyed pushing the boundaries. He climbed trees, sawed and built igloos. He simply loved discovering things. After a hip injury, which meant that he could no longer focus on professional sports, Aron was challenged to bike to Paris and just a few months later he was challenged to climb the Kebnekaise. Since then, he’s been jumping from adventure to adventure… All adventures are fundraisers for the Swedish Childhood Cancer Foundation. “I would say that climbing the Kebnekaise tore down most mental barriers for me. It made me realize that anything is possible if you just work ha

Author, Speaker, Researcher & Lecturer at the University of New York in Prague

The majority of Bethany’s professional work involves teaching, writing, and doing research in the field of positive psychology, which emphasizes the development of human strength and potential. She received her PhD in psychology from the University of Western Ontario, Canada. Bethany has worked in the corporate world and in academia, and she has also spent several years as an entrepreneur. From 2013 to 2015 she was a postdoctoral research fellow at Harvard Medical School, where she studied the effects of yoga in school settings. Bethany currently lives in Prague, where she is teaching an undergraduate positive psychology course at the University of New York in Prague and continuing to study yoga and mindfulness for youth.

World travelled chef and restaurant know it all. Seasoned veteran of kitchens near and far. Chef Hora has appeared on food network, NBC, CBS. Fox and Chinese television, opened restaurants and hotels on four continents and battles the world to stay human. With years of experience and endless tales of far flung lands this chef brings an authentic grit to all topics.

UNYP's alumni, aspiring entrepreneur, passionate graphic designer and video editor in her free time, Daniela Slezáková aims to connect creativity and rational practicality in the world of business. Upon finishing her degree, she took on a role of Brand Manager in Unilever’s ice cream team. Daniela is taking part in Unilever´s graduate program UFLP where she gets to experience different roles within the FMCG industry; recently she moved to the trade marketing department. She has a professional PR and marketing background in the startup and non-profit environment, which allows her to have a well-rounded worldview. Daniela´s life philosophy is that no matter what personal or professional role we take on, we should always strive to make it better than it was when we started.

Chair of Psychology Department at UNYP

Fueled by her fascination with music, problem solving and the developing mind, Sanders earned a bachelor’s degree (graduating summa cum laude) and two master’s degrees (MA, EdM) from Columbia University all while performing, composing and teaching music, in addition to mathematics in New York. Following research at Columbia University's Arts Education Research Center, which documented the impact of music education on inner city children's academic performance, Sanders joined the INSTRUCT (Implementing New Student and Teaching Resources Using Cognitive Theory) research group at the University of Cambridge while pursuing a PhD in Education and Psychology. After moving to Prague, Edel became Chair and Lecturer of Psychology at the University of New York in Prague (UNYP) in 2014. Here, she continues to research cognition and learning in areas such as music, mathematics and altruistic behavior. Future research interests are founded upon theories of brain plasticity and involve the explorati

Kamila Boudova, a.k.a. fashion revolutionary is an icon of sustainable fashion and founder of SLOU Fashion Days and education platform Moyomi.com. Currently based between Paris and Prague she is teaching sustainability and product development on several fashion schools and soon publishing her first book Fake Parisian. Her life mission is to create a meaningful fashion industry. In 2017 she has been listed in the Forbes 30 under 30 selection of the most talented Czech people under 30 years.

I studied Neuroscience at the University of Nottingham and spent a year in pre-clinical research at the Institute of Neuroimmunology of the Slovak Academy of Sciences developing animal models of Alzheimer’s disease. For the past two years, however, my greatest passion has been a small non-profit Nevypusť Duši which I have co-founded and am currently managing. Working with a team of enthusiasts coming mainly from psychology/neuroscience backgrounds, we have started a campaign, first of its kind in the Czech Republic, focused on spreading awareness and educating the Czech public about mental health care. One of our aims is to bring mental health education to Czech schools. We spread facts, debunk myths and raise awareness about mental health and disease.

One of the most respected authorities on leadership in Europe, columnist and author, Pepper de Callier has devoted his career to understanding, counseling, and coaching leaders globally. Pepper has advised executives in Asia, North America, and Europe. Pepper is also deeply involved in the development of future leaders. He is a Founder and Member of the Supervisory Board of Aspen Institute Prague, Chairman of the Supervisory Board of the Zdenek and Michaela Bakala Foundation, and a member of the Shareholder’s Advisory Board of Economia, the Czech Republic’s premier business news publisher. He has served as a Guest Lecturer and member of the Advisory Board of the College of Business at California State University San Marcos and Guest Lecturer at The Prague School of Economics and The London Business School. Pepper de Callier has recently been awarded the title of “Best Corporate Leadership Coach—Europe” by UK-based organization, Corporate vision.

I'm an analyst in Accenture, focused on managerial and IT consulting for major financial institutions. In the past, I've handled onboarding and training for a social media analytics company. In my free time I teach Excel, statistics, and professional communication at CERGE-EI and University of New York in Prague, which was recognized by CERGE-EI as Alumni of the Year 2017. My interests include kickboxing, personal development, and playing guitar.

Pietro Boselli was born in Italy in 1988. He moved to London in 2007, where he pursued his academic career at UCL, with a degree in Mechanical engineering obtained in 2010 with first class honours, followed by a PhD in computational design of steam turbines, a project sponsored by Hitachi of Japan. During the course of his 5-year doctorate degree, Pietro had the opportunity to deliver problem solving classes and lectures on the subject of mathematical modelling and analysis, to second year undergraduates of the mechanical engineering course at UCL. Pietro’s professional career as a fashion model, however, began earlier than his academic one. In 1995 he landed his first campaign for Armani Junior, becoming the face of the brand for 4 consecutive years. The relationship with Giorgio Armani lasted throughout the years, with Pietro’s participation to fashion shows from the age of 18 up to very recent collaborations with Emporio Armani and worldwide campaigns. Pietro has since early age b

Despite a glowing career in Management, Tom made a shift into the field he is most passionate about – helping people learn. The journey in Retail grew from supporting 200 colleagues to designing and delivering programs for over 44,000 people UK wide.Having personal travel ambitions, Tom travelled to Prague and took up a training consultant role to support the Foreign & Commonwealth Office and their British Embassies overseas in over 32 countries. He quickly propelled to Managing a Learning Team across Central & Southern Europe & Middle East which supported Local employees and Diplomats overseas from the UK. Following a 5 year experience in the FCO and a short career break to be with Family, Tom took up a career into Ariba Procurement and quickly progressed to Global Learning & Development Leadership for SAP Ariba. He manages a global team and is versed in the latest practices to support Learning & Digital Transformations in the workplace.

Yuval is the CEO of Socialbakers. He has more than twenty years of experience as an entrepreneur and executive in both private and public companies. Before joining Socialbakers, Yuval served as CTO at Outbrain, the leading content discovery platform, managing a global team of 200 people. Prior to that Yuval spent 5 years as CTO at AVG Technologies (NYSE: AVG), where he played a key role in taking the company public. Before joining AVG, Yuval was CTO of the cybersecurity company Finjan, where he led six international groups. He is also the co-founder of the web application security software company, KaVaDo. Yuval is a graduate of Ben-Gurion University of the Negev in Israel and a holder of 20 U.S. patents. He is a frequent commentator in the media and speaks regularly on technology topics. 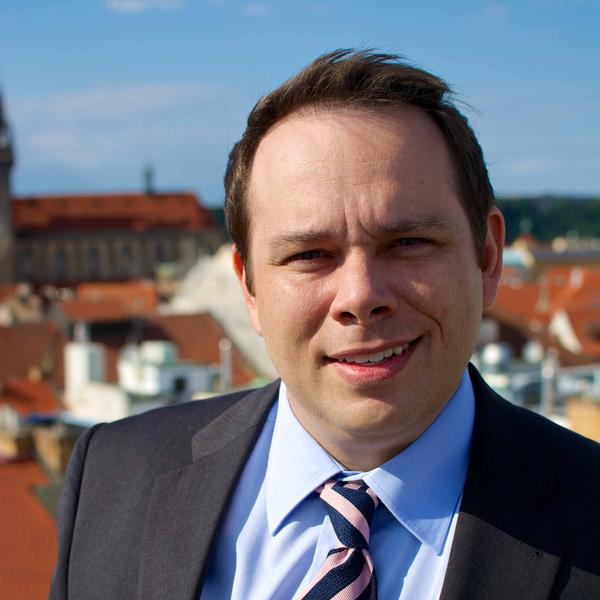 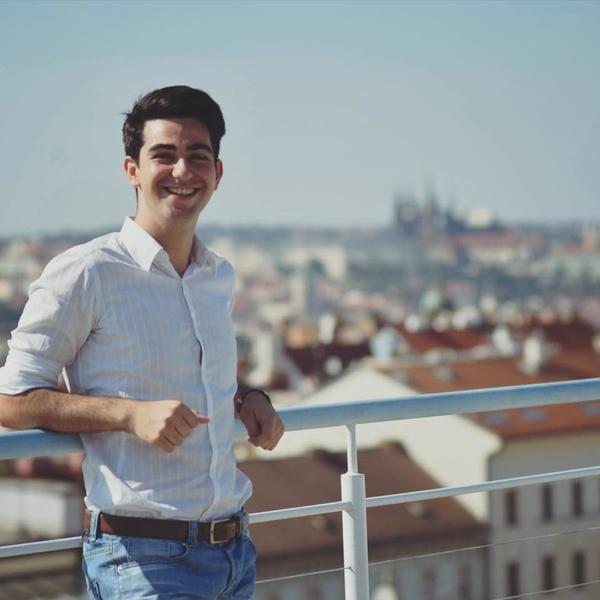