Theme: Switch on the Light

We can provoke this change, and being a part of this change is the proposed theme for TEDxVitoriaGasteiz in 2018. Do you dare to push the button? Switch on the light!

Cristina Gutierrez, aka Tortu, was born in Burgos in 1991. She started riding a 50cc motorbike at age 4, then a kart, and ultimately, when she was 18, she moved to off-road vehicles, modality where, after having being Spanish Champion for three years in a row, she became the first Spanish woman on finishing the Dakar Rally, one of the most demanding races in the world. Conscious that she moves in a realm, the motor world, dominated mainly by men, most of them more experienced than her, and with an average of 40 years in the Dakar, she deffends that what counts the most on track is time. Sportswoman, pretty, solidary; prudent but determined; feminine, ambicious, and a winner, she loves the fall, and milkshakes, and participates in charity causes as Tempoko. More than this, she combines her passion with her career as a dentist.

From Senegal. Elh Malick has made his way on the Vitoria-Gasteiz scene, as a soloist, and also together with his reggae band.

I am in this business because of my vocation and the passion that people and organizations spark in me… Otherwise it would have been impossible to develop my whole career in this wonderful, but, at the same time, tough world of human resources. With a degree in labour relations and a master’s degree in human resources management, I have worked the last 20 years in human capital management and development (training, selection, internal communications…) in different organizations, both national and international. Today, I am a strategic consultant of human capital, specialized in transformation processes, design of organizational strategies, and accompaniment in the awareness of change through innovation and new technologies, researching and implementing technological processes as strategic allies in the new people’s management.

Born in Gernika in the 80s. He dedicates his life to music in many aspects: pedagogue, researcher, producer, composer, interpreter, multi-instrumentist, journalist… Despite having studied computer engineering in his first years at university, he has been lucky enough to make a living out of his passion. He worked for the magazine MondoSonoro and for EiTB. He acted in theaters and as lecturer. He has recorded more than a dozen albums, with different styles, and performing different roles. Today, he is presenting his new personal project: HIBAI. And also, he is playing in many projects that have led him to half the world. He loves risking and trying new things. There’s always something new and someone new from whom to learn. He loves to explore his limits to expand them. Getting out of his comfort zone as, these places are the most enriching and interesting.

Juan Soto Ivars (Águilas), is a journalist and author. His essay “Arden las redes: postcensura y el nuevo mundo virtual” (Debate, 2017) is about lynching and new ways of censorship that appeared on social media and tabloid press, and has been recommended by journalism, comedy, and literature professionals, such as are Jordi Évole, Joaquín Reyes, and Fernando Aramburu. He publishes op-eds in El Confidencial, and collaborates with several TV and radio shows, as La Sexta Noche, Las Mañanas de Cuatro, El Programa de Ana Rosa and No es un día cualquiera (RNE). He has published reports and op-eds in media like El País, El Mundo, Ajoblanco, Vice, Tintalibre and El Periodico de Catalunya. Some of his novels are Crímenes del futuro (Candaya, 2018), Ajedrez para un detective novato (Novel Award Ateneo Joven de Sevilla 2013) and Siberia (Tormenta Award to the best revelation author in 2012). His literary work appeared in many anthologies, and has been translated to Italian and Polish.

He studied at London School of Economics, where he obtained his Master’s Degree in Economics. He is a University professor, and he tries to give his best to his students. He published in specialized journals, and wrote books seeking for a simple and agile style, inspired by the maxim: The good thing if brief twice good, and if bad, less bad. I’m worried by the future of Spain, the mediocrity of our politics, the prevailing dogmas and taboos, those mental corsets that constitute real barriers to the real thinking. I began to explore other fields of knowledge in search of convincing explanations, and to share my ideas, to be able to discuss with others. Also, I combined my duty at university with a op-ed and lecturer activity. Together with Javier Benegas, I wrote the book Catarsis in 2013, which analyzes the limitations of the political regime that was born during the Transition, a provocative text that, unfortunately, succeeded in many of its forecasts.

Marian holds a degree in Physics (University of Zaragoza, 1992.) After a short time as a professor in the University of the Basque Country in the Applied Physics Department, she was trained for what is her career today, the especialization of hospital radiophysics. Today she is the head of Medical Physics service in OSI Araba. She has been member of the board of directors of the Spanish Society for Radiologic Protection, and secretary of the board of directors of the Basque Society of Medical Physics. Today, she is member of the Director Committee of Strategic Patient Secutiry in Osakidetza, and member of the Evaluation Club of EUSKALIT to evaluate the organizations within an advanced management model. One of her innovation projects was awarded by MIT. She participates in projects such as: the dosimetric record of the patient in Osakidetza, the optimization for the use of radiation in Osakidetza, the irradiation of cells for the gen

Degree in Animal Science, specialized in bromatology from Universidad Complutense of Madrid, 1981. From the day he ended his degree, he started working in food safety. From 2011, trying to teach the future gastronomy professionals, in Science and Technology field, as food safety manager of the Basque Culinary Center.

Nagore Espinosa Uresandi is a tourism measurement expert, who has spent her professional life studying the trends, challenges and impact of tourism on the economy. Beginning in the hotel industry in her hometown of Bilbao, her career has taken her from events management for Sheffield City Hall in the UK, to managing the Trade Department of the Spanish Ministry of Tourism in New York. She then switched gears to the academic world earning a PhD and serving as a professor, university lecturer, and researcher. She is also an entrepreneur and contributing expert for the United Nations World Tourism Organization (UNWTO), and the coordinator for INRouTe, an expert knowledge-driven network in Tourism Analysis and Metrics.

Consultant, Trainer and Professional speaker in the areas of Personal Branding, Communication, and Leadership. He also serves as Program Quality Director for Southern Europe at Toastmasters International.

Born in Éibar in 1971. She started her Romance Philology studies in the 90s, but didn’t get her Degree until fifteen years later. During these years, she worked as security guard, baker, waiter, clerk, and office cleaner. She lived in Santiago de Compostela and Eibar. Passionate about dialectology, onomastics and the teaching of language, which is why she has been widely trained at the Cervantes Institute. As a result of her training and her experience as a volunteer, she has developed an educational method called Empalabramiento (Enwordment) dedicated to the empowerment of foreign women through the learning of Spanish as a second language. After reporting gender violence, she understood that the responsibility of her life is only hers, and she forgave. In 2016 she was awarded the Gure Balioak Prize, in 2017 the documentary Volar, in which she participates with her testimony, was premiered at the Zinemaldi.

Cybersecurity Responsible of Tecnalia, member of the board of directors of Aurrea Pay&Pass Solutions and leader of Tecnalia’s Blockchain Lab. Oscar has a solid background in project management, he has signed numerous publications in international congresses, hehas been a part of the organization committee in international congresses, is co-author or many books, and usually collaborates with media (TV, radio, press.) In his career in Tecnalia, Oscar participated in many public and private projects, where his activity has always been linked to the management and expert consultancy in cyber-security and new technologies. More than this, Oscar often participates in opinion groups, certification, and consultancy, and is a member of Enterprise Ethereum Alliance, Hyperledger (Linux Foundation), the European Cyber Security Organization (ECSO), Centro de Ciberseguridad Industrial (CCI) and Blockchain and cyber-security comissions of AMETIC, among other initiatives.

Living in Rabat since 2010, Sonia is the correspondent of Cadena SER in Morocco since 2012. Born in Oviedo in 1973, she moved to Madrid to study journalism at the Universidad Complutense. In 1996 she started working for Vallecas TV, and from there, she soon jumped to Vía Digital and the newspaper Crónica de Madrid, to orders of journalist Raúl Heras. She was the director of the magazine Madrid Ocio, edited by El Mundo for Renfe, and collaborated with the weekly magazine José Luis Balbin’s La Clave. After spending a decade in different editorial staffs, she also worked in other sectors related to her career: communications, script-writing, and advertising. 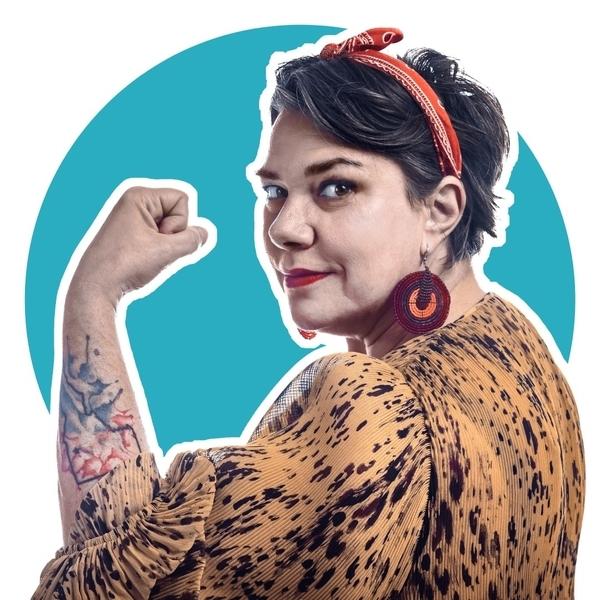 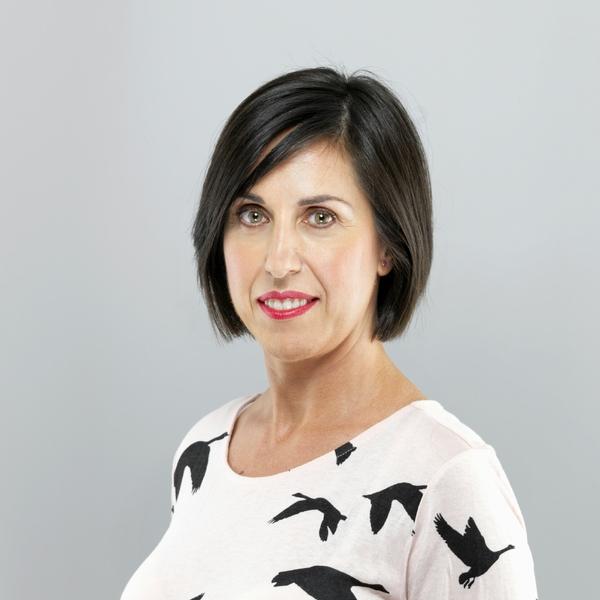