Theme: Push Yourself and Remove Boundaries

This event occurred on
December 2, 2017
Frankfurt am Main, Hessen
Germany

At TEDxFS 2017, seven live speakers and two pre-recorded TED talks will be presented to the audience in order to spark vivid discussions. TEDxFS, which is exclusively for the Frankfurt School family, is an independently organized TED event and will display talks from various fields including medicine, neuroscience, entrepreneurship and personal development. In TED’s spirit of ideas worth spreading, we hope that the event will inspire you to further improve and to take on leadership within your chosen field.

Farai Mubaiwa is an intersectional African feminist, the founder of the Africa Matters Initiative, a change-maker and an MSc Masters Student at King's College London. Africa Matters is a youth led organization that is dedicated to creating spaces for African expression and robust dialogue for Africa to matter to Africans. Prior to pursuing her Masters in the Political Economy of Emerging Markets, Farai was an analyst for Deloitte South Africa Strategy and Operations Consulting. She is passionate about youth development and woman empowerment. Farai is a 2017 Queen's Young Leader for South Africa and a South African ambassador for the One Young World Youth Summit.

Johannes is a project director for be.boosted, a doctoral candidate at the University Medical Center Freiburg and TU Munich, and a passionate music maker. At be.boosted, he is responsible for the development of the project and passionate about the development of aspiring students wanting to create positive change. be.boosted is a young, student led initiative aiming to shape future global leaders. His research focusses on how illness believes and cognitions influence outcome and performance in patients with vertigo and dizziness. Johannes is also interested in how these factors play a role in healthy individuals. In his free time, Johannes can be found putting his newly acquired music production skills to practice working on new songs, or listening to the musical work of others in Munich’s rising club scene.

Katharina Brinck is a theoretical ecologist and systems scientist. Having spent the summers of her childhood in the Bavarian alps and lakes, her love for nature drove Katharina into the subject of ecology and ignited her pursuit to untangle the complexity of natural ecosystems. Katharina’s research focuses on how ecological systems form, self-organize and develop resilience in the light of global transformations and sustainability challenges. Besides her PhD studies at Imperial College London, Katharina works as a sustainability strategy consultant at sustainable impact. She has also co-developed the online network grow.zone, a platform for young scholars aiming to create societal impact to develop their leadership, negotiation and communication skills, and volunteers as a guide, mentor and coach with initiatives such as The Resolution Project.

Head of Business at WARR Hyperloop

Louis Bauer is the Head of Business of Technical University of Munich's Hyperloop competition team which he had joined within the first days of arriving at the Technical University of Munich. The highly competitive team has won both international Hyperloop competitions in 2017, which were initiated by Tesla and SpaceX CEO Elon Musk, against fierce competition from other renowned engineering schools such as Massachusetts Institute of Technology and Delft University. Before his time at TUM, he worked as a freelancer and was awarded for an engineering project on multicopter flight time improvement. Currently, he is enrolled in the Bachelor of Science program Technology & Management.

Marco is an upcoming cognitive neuroscientist from the University of Amsterdam (UvA), health consultant and enthusiastic Crossfitter. The impulse to better understand the human psyche and brain came first through his parents, who are both psychologists, and was later sparked by inspiring authors and researchers, such as Sam Harris. Currently, Marco is a full-time research scholar at Harvard University, working on the Connectome Project in the research team of Prof. Lichtman. The aim of the research is to better understand the patterns of neural connections in the brain of living animals, which ultimately helps us to better understand learning and memory. Marco’s morning routine, which consists of Zen meditation, stretching, breath work and a cold shower, gives him the energy to tackle every day afresh. Moreover, he is all around passionate about living a holistically healthy and balanced life by working out daily, following a mainly plant-based diet and taking care of his sleep.

Nicolas Hartmann combines a fascination for Yoga and meditation with his business life across private equity and consulting. Upon graduating from high school in Hofheim am Taunus, he went to Rishikesh, India where he conducted a Yoga teacher training course. Ever since, he is passionate about promoting the practice of Yoga and meditation while integrating it into his own life. He holds a Bachelor’s degree in Economics from the University of St. Gallen and a Master’s degree in Financial Economics from the University of Oxford. After his graduation, he worked in private equity at the Blackstone Group in London, before moving to Bain & Company where he is currently based in Amsterdam.

Stefan Torges leads Raising for Effective Giving where he advises anyone seeking to maximize the impact of their donation. The project is part of the Effective Altruism Foundation, a project incubator working at the intersection of ethics and science. While still in university he became active in the global effective altruism movement that strives to revolutionize the way we think about doing good. He joined the foundation in 2015 and has been a project manager and public speaker for the organization ever since. He holds a degree in philosophy and cognitive science from the University of Magdeburg. As a student he won several national debating competitions. 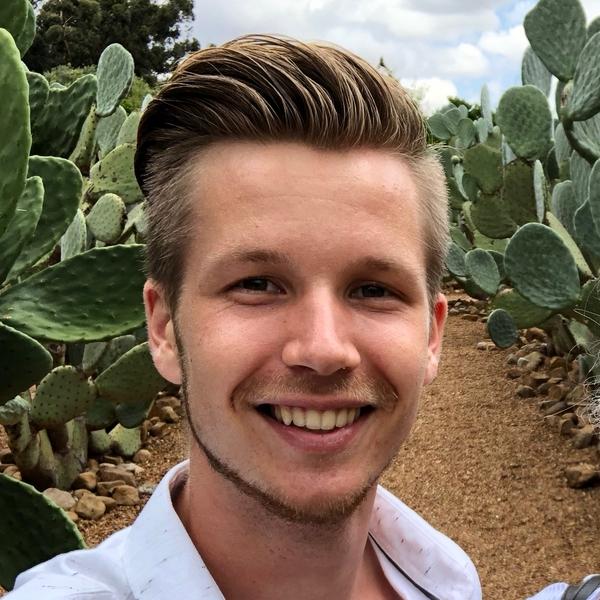