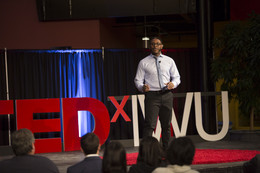 View all of our speakers' talks here: https://www.youtube.com/playlist?list=PLsRNoUx8w3rPh-jXGDANUBaHjcozPBige

Bobby Nash-Castillo is the Corporate Support Director at WGLT, the NPR radio station for Bloomington-Normal, Illinois. He is passionate about community building and growing where you're planted.

Dr. Brandon Common currently serves as the Assistant Vice President for Student Affairs at Illinois Wesleyan University. Prior to this position, Brandon held roles in working broadly in campus life, Diversity and Inclusion, Fraternity and Sorority Life, Residence Life, and secondary education at various institutions. Brandon’s passions lie broadly in education and particularly within the higher education setting where he constantly works to help college students experience break through moments in route to achieving their personal and professional goals. Brandon is a native of St. Louis, MO and attended University of Missouri, Ohio University, and the University of Illinois at Urbana-Champaign for his schooling.

Crystal Ocampo-Fernandez is a Latina, first-generation senior at Illinois Wesleyan University, majoring in International Studies and minoring in Russian. Her time at Wesleyan has been filled with activities and experiences that broke personal barriers and fueled her desire to live boldly, enthusiastically, and determinedly. She has served in several committees and organizations, participated in activist movements, volunteered in the community, and helped lead on-campus initiatives. Crystal also studied abroad in Russia, and visited France and Spain.

Grace has incorporated ceramic art and teaching into her vocational life since early career planning took a turn as she explored her interests in college. She was born in Taipei, Taiwan. Then, she says, "When I was almost 8, my younger sister and I boarded a plane with an unknown family friend and came to the United States, where our parents were eagerly waiting for us. Our family was a pretty typical Chinese family: Strict rules, Chinese food every night, no English spoken in the house. School and grades were of utmost importance." When entering college, Grace intended to take the path to medical school. Then, she says, she "met and fell in love with clay." After college, she taught third and fourth grade in Texas public schools for 7 years. She then worked for 5 years as a studio artist, rekindling a passion for clay, and in 2009 entered graduate school at Illinois State University to earn an MFA. She teaches Ceramics at IWU and 4-6th grade at Bloom Community School.

Kelly Mathy is a Chicago Suburb native who came to Illinois State University in 1995 and never left. Upon graduation, she found an elementary teaching job in Bloomington and is now in her 17th year. In 2005, she and her husband opened Kelly's Bakery & Cafe in Downtown Bloomington. In 2013, the couple opened Red Raccoon Games, and in July of 2017, Kelly purchased The Decorators' Grocery. Kelly's mantra has always been "If you love your community, it will love you back" and lives her life by this standard.

Kim Kaufman is a two-time international award winning public speaker. Ranked one of the 10 best public speakers in the world by Toastmasters International, Kim has delivered motivational, thought-provoking presentations to audiences throughout the United States and Canada – including New York City, Washington D.C., Memphis, Tennessee, Chicago, Illinois and Vancouver, British Columbia. A former television news anchor and reporter, Kim’s storytelling has been featured on CNN as well as CBS affiliates. Through her public speaking platform Kim Presents, she is known for inspiring audiences to achieve their potential through the power of creativity, imagination and forward thinking. Kim is a Children’s Hospital of Illinois advocate, serves on the Public Relations Society of America – Central Illinois Board of Directors and is a certified fitness instructor. She is passionate about the power of story and its ability to educate, inspire and help people.

Dr. Laura Kalmes has an extensive background and expertise in education. She earned a doctorate in Educational Policy Studies, with a minor in Curriculum and Instruction, from the University of Wisconsin-Madison in 2015. In 2015, she began working as an instructional assistant professor in the Education Administration and Foundations Department at ISU, where she teaches the Social Foundations of Education. She is the co-founder of Bloom Community School in Normal, Illinois.

Hsin-Jou (Lily) Chang is a current senior at Illinois Wesleyan University double majoring in Economics and International Business. As an international student from Taiwan, she has had plenty of experience with studying abroad. She attended high school in New Zealand and spent her Spring 2017 semester in Freiburg, Germany. Lily is involved in Kappa Delta Sorority and Alpha Kappa Psi Professional Fraternity, and served on the Student Senate from her first through junior year at IWU. Lily is passionate about fostering cross cultural understanding and communications.

Lucy graduated from Illinois Wesleyan University in 2017 with a Bachelor’s degree in Anthropology and French. After a transformative study abroad experience in France, she returned to Bloomington-Normal with a renewed focus on community engagement. Via the Action Research Center at Illinois Wesleyan, Lucy worked with Bloomington's Regional Alternative School to help prepare students for post-graduation opportunities. After connecting with YWCA of McLean County in a grant writing course, she continued her work there as a Mission Impact Intern. Lucy created and hosted two successful expungement workshops and worked on the successful campaign to create a Community Civilian Review Board for the Bloomington Police Department. Her passion for social justice continues in her current role as a Child & Family Advocate, where she supports children who have been the victims of abuse.

Matt is a graduate of the Illinois Wesleyan Class of 2014. While an IWU student, Matt was active in the Action Research Center and spearheaded the development of The Tool Library at the West Bloomington Revitalization Project. He currently lives in Chicago with his wife, Kathryn, and works in tax at KPMG.

Melanie Shellito graduated from IWU in 1992 with a degree in design. Her award-winning marketing/branding company, Artezen LLC, focuses on helping 'positive impact' companies grow and improve our world. Melanie spent five years working with other volunteers to build a food co-op in her community — which opened May 2017 — and is currently serving her second term on the co-op's board.

Michael Gorman has business cards that describe him as a "web developer advocating for an awesome community." He co-founded the local bicycle advocacy group, Bike BloNo, in April 2012, and was recently elected chair of the City of Bloomington Transportation Commission. He also serves on the boards of the McLean County Regional Planning Commission, the Ecology Action Center in Normal, and Green Top Grocery - Bloomington-Normal's only cooperatively owned grocery store.

Found and Owner of TBFit, LLC

Teresa is a strength and conditioning coach, online trainer, and fitness educator. Her passion is based in all things health and fitness. She strives to enable individuals to pursue personal fitness excellence while educating them on what it means to live an overall healthy lifestyle. Teresa received her Bachelor's degree from Illinois Wesleyan University. She's a seasoned professional fitness trainer and received her masters in exercise science at Appalachian State University. She currently owns and operates TBFit, training independently in Chicago, and empowering stronger, healthier kids as a Go Infinite health and fitness activist. She addresses functional issues, as well as physique goals in a healthy, progressive, and fun way seeking to further bridge the training gap between what’s offered in elite athletic coaching and general population fitness training. 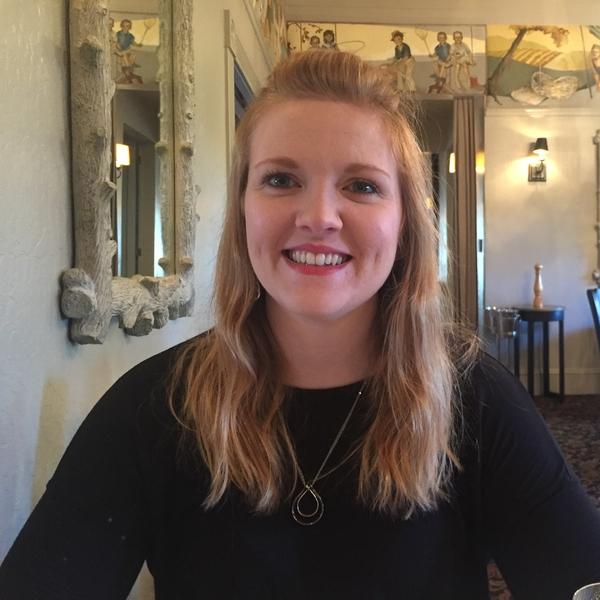