Happiness in oneself brings intrinsic creative qualities to discover, dream, explore and emerge as wonders; naturally to the world. The scattered world around us needs balance in making a societal revolution of being together.

TEDxLaxmiVidyapeeth believes to bring all together Science, Art & Culture under one mission to make society a better place to live in with entrusted "One Happiness”.

Innovator and a Social Entrepreneur

At the very small age of 11, invented the first material sample of the brick from paper waste and chewing gum. 37 inventions under the Eco Eclectic Technologies banner in India and more than 700 tonnes of industrial waste recycled. Has received many national and international awards for his contributions. Known as "Recycle Man" and Waste Warrior of India, he was recently named Social ChangeMaker of the Year by News 24. He is also one of the youngest to be awarded with “Rotary International Alumni Humanitarian of the Year" award for South Asia. Developed eco-economical toilet to support Swachh Bharat Abhiyan and founded BDream at age 16. His companies pioneers in eco-friendly and economical rural development solutions and his lab has developed around 150 eco friendly products from 40 different types of wastes. His contributions to Industrial waste recycling and Waste to EcoInnovations has been the core vision.

He is amongst one of the Youngest IAS officers. Working as DDO at Surat, Gujarat.He is UNESCO fellow on South Asian affairs and has worked in areas of education, health, women and child development, rural housing, rural sanitation, rural employment, animal husbandry, land administration.He has developed India’s first model village in Pipariya of MANDVI Taluka exclusively using government funds.

Author and Humanitarian Published the book named 'The Special Fish' eventually becoming one of the youngest authors in India. He is also Creative head of Walnut Discoveries & received the award 'Youngest to appoint as creative head' by World Record India. he has been felicitated by Nagpur District Badminton Association for winning a silver medal in state level in Badminton championship in Baramati, Pune, Hislop College for excelling in Academics and extracurricular activities, Rotary club and Help Age India. He is donating complete profits from the sale of the book to drought-hit farmers and also working with a school in Nagpur. Also, a contributor to 'The Hitvada' and have got his articles published there. He also works with DKI organisation which is associated with Nasa. Directed a short documentary named as Vinayak Yatra. His upcoming book is ‘Rise In Love’ which is based on how we see women in society.

Architect and Social Worker by profession, she moved to teaching after working for 20 years in the professional field of Architecture. She was based in the USA for 20 years where she had private consultancy for architectural design. She holds her professional degree from Southern California Institute of Architecture, Los Angeles, California as well as CEPT, Ahmedabad. She has BA in English Literature and Diploma in Public Health. Both degrees are highly useful for venturing into the academia. After moving back to India in 1998 and plunging into academic field Aparna has been conducting counselling sessions with parents, teachers and high school students in various cities and rural area addressing different issues concerning education, child development as well as adolescence. She is conducting workshops for teachers on teaching the English language through activities and interactive teaching methods. 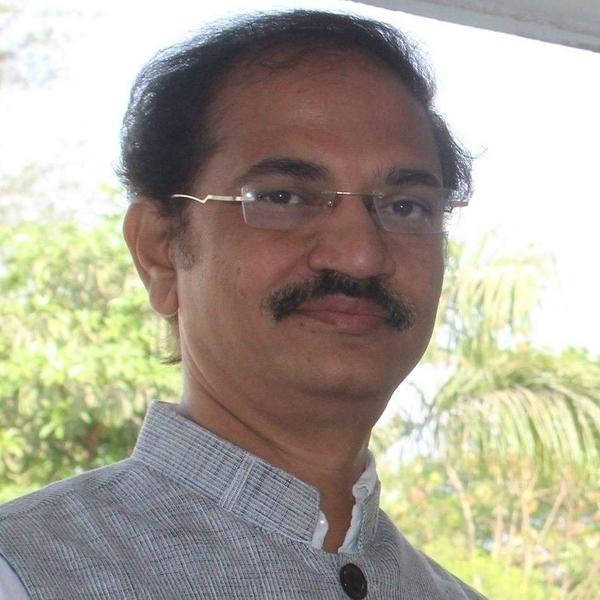