This event occurred on
May 21, 2017
Oxford, Oxfordshire
United Kingdom

This year's theme: " Bridge of Whys"

We are aiming at bridging together different worlds and trying to understand them. Answering the questions that arise from the many happenings in our world today, and to make some sense of the world that we are currently living in.

Open your mind and be inspired.

Abha Singh is a former civil servant and presently an advocate practicing at the High Court of Judicature at Bombay. She is a renowned social activist who has done considerable work in the realm of woman’s rights, gender equality and justice. Through her NGO RannSamar, she offers free legal assistance advocacy to helpless women and slum dwellers who have been unfairly persecuted by local authorities and builders for land that is rightfully theirs. To check the spreading obscenity she got an FIR registered against the organisers of AIB Roast. She has been successfully pursuing the Salman Khan Hit-and-Run case to ensure that the rule of law is upheld and the youth are educated against the hazards of drunken driving. Abha Singh is married to YP Singh and is the mother of two children who are pursuing careers in law.

Allison Osborn is a speaker, trainer and coach who works with entrepreneurs and young professionals who are seeking clarity on their next steps in life and work. She is the founder and cre- ator of the AIMTM Coaching Program, co-creator of the Money Map Program, and former CEO of Eyes Wide Open Life, a personal development and business coaching company. After graduating Phi Beta Kappa from the University of Califor- nia at Santa Cruz in 2007, Allison spent several years deepen- ing her studies of yoga and meditation, building a grassroots fundraising organization, and contributing to the publication of various peer-reviewed psychological studies. Allison also was the third employee at The Young Entrepreneurs Academy (YEA!), a social enterprise that trains teenagers how to launch and run businesses. Allison is currently pursuing her Master’s Degree in Existential Coaching at Middlesex University in London.

Founder of ANNONYM & SVP at L'OREAL

Ann Massal is an out of the box thinker who has been working in the beauty industry for the past 17 years across the globe and has launched some of the biggest innovations seen out there (BB Cream, Cushion Foundation...). She teaches innovation at La Sorbonne (Paris IV - CELSA) and has conceptualized the notion of analogicorgasm, which gives analogical thinking a brand new twist and can help anyone come up with an idea on-demand. A relentless explorer, she also founded, ANNONYM, a think tank agency made of emerging talents that works with startups and big businesses to deliver innovative solutions. She has consulted for Top Global Companies on brand innovation and strategy and still retains a role within L’Oreal Paris brand executive committee.

The selected student speaker from the University of Cambridge, Arman Moussavi, is an aspiring entrepreneur with particular interest in setting up entrepreneurial ecosystems in developing countries. When he is not working on business ideas or consult- ing projects, he can either be found training with the Cambridge University tennis team, or engaging in some lively banter at Darwin college. Talk focus: “Why is mobile technology the toughest shackle to break?” Arman will discuss how the rise of mobile technology is leading to death of the “present experience”, and in turn causing divison, disillusionment and dissatisfaction in society. He will then explore ways of how we can combat this trend and return to a more simple existence.

Ben Young graduated with University Honors from Brigham Young University with a BA in Economics, and a minor in Business Management. After graduation, he worked in the insurance and non-pro t arenas, specializing in data analytics and visualization. Outside of work, Ben is an avid baseball fan and an a cappella nerd. He also works as a freelance BI consultant, advising busi- nesses on Tableau implementations and analytics best practices, as well as conducting webinar trainings. He and his wife Aubrey both currently study at Oxford University when not playing with their two daughters, Joan and Ruth.

For the past ve years Dom O’Keefe has been perform- ing improv comedy with the Oxford Imps all over the UK, France, the Netherlands and the USA. University of Oxford graduate O’Keefe has performed in and directed improvised musicals, murder mysteries, Shakespeare plays, funerals, and he co-founded Shaken Not Stirred: The Improvised James Bond Film, which sold out at the Edinburgh Fringe Festival in 2015 and 2016.

Joyeeta Das is the CEO and Founder of London based AI company, GYANA. She is a high-energy, techie-entrepreneur who has built both non-pro t and for-pro t organisations. She believes in using technology to create a better world. She started her career as an engineer and later on, a pro- gram manager, in a Fortune 10 tech company. Joyeeta has a degree in Physics as well as Electronics Engineering and an MBA from the University of Oxford. Although she comes from a scienti c background, she ultimately derives inspiration from photography and poetry. Joyeeta will speak about the power of dreams and dispel the myth that action oriented people “do more and dream less”. She will speak about her own dark moments, her candid dis- coveries of the entrepreneurial journey and how she quanti- ed the impact of dreams to challenge the status quo imposed upon her at every step.

Writer, Journalist and Editor-In-Chief for The Canary

Kerry-Anne Mendoza is Editor-in-Chief of The Canary (www.thecanary.co). She is known for creating one of the UK’s top independent political blogs (Scriptonite Daily), for authoring the best-seller Austerity, and for her Middle East reporting (notably Operation Protective Edge from Gaza through the Summer of 2014). Her passions are politics, economics and current affairs, which she examines with the basic question: “How do we build a world that works for everyone?”

CEO: Kiseki Corporation Ltd (Rwanda) Entrepreneur and Rare Metal Trader, currently Executive MBA Candidate at the University of Oxford Recording Artist: NDMAKUKONDA (EPIC Records Japan) Published Author: What is it that I can do? The answer is on the ground (Toho Publishing) You may know Kohei from his HIV/AIDS prevention Song “Ndi- makukonda (I Love You) which topped No.1 in the charts in Malawi in Aug 2005. Newsweek named him one of the “100 Most Respected Japanese People in the world” in Oct 2006. Was fea- tured in a WEDGE magazine interview in May 2014 as one of 25 mentors who were asked for their wisdom on the ‘Direction of Ja- pan’ Awarded ‘Master Sommelier of Sake from SSI International.

Professor at University of Oxford, Said Business School, in Entrepreneurship and Leadership

Dr Pegram Harrison is Senior Fellow in Entrepreneurship at the Saïd Business School and Brasenose College, at the University of Oxford. His research and teaching concern entrepreneurship and leadership particularly in cultural contexts. Pegram runs Oxford Saïd’s programme of teaching and research called “Engaging with the Humanities”, including an MBA elective called “Leadership Perspectives from the Humanities”. He helped to start the Oxford Cultural Heritage Programme, and is a member of the Universi- ty’s Thames Valley Country House Partnership Project. He also coordinates a joint research programme with the University of Bologna on management and the humanities. These initiatives link researchers with cultural institutions, policy leaders, development agencies, digital technology providers and civic of cials. Beyond Oxford, Pegram works with various cultural organisations such as the National Trust and the Art Fund on research into new business models for enhancing cultural engagem

Safa Karman is the first Yemeni female journalist to join Al Jazeera, based in Doha, Qatar; and the youngest to be given top news coverage by the time. She is the co-founder and board member of “Be A Human Initiative” which is the rst of its kind NGO in Yemen that provides psychological treatment and support for war- zone civilians suffering from war and con ict related Post Traumatic Stress Disorder. Safa is best known for her highly acclaimed investigative documentary “the Road to Sana’a”. The lm examined who paved the way for the Houthi Militias to take over the Yemeni capital, Sana’a. Safa is also known for her short series of reports “ Yemen, the Land and the People”, her coverage of the Egyptian elections in 2012, and her reporting on the Arab Spring, especially Yemen’s 2011 revolution.

Professor at University of Cambridge in Social Psychology

Dr. Sander van der Linden is a University Lecturer (Assistant Professor) in Social Psychology at the University of Cambridge, where he directs the Cambridge Social Decision-Making Lab. He is also a Fellow in Psychological and Behavioural Sciences at Churchill College, University of Cambridge. Prior to Cam- bridge, van der Linden held academic positions at Princeton and Yale University. He has won numerous awards for his research on social in uence, judgment, communication, and decision-making, including awards from the American Psycho- logical Association (APA), the Society for the Psychological Study of Social Issues (SPSSI) and the International Associ- ation of Applied Psychology (IAAP). His research has been widely publicized in the media, including outlets such as the New York Times, The Washington Post, NPR, and the BBC. He received the Frank Prize in Public Interest Communications in 2017 from the University of Florida.

Shefali Roy is the former Chief Compliance Of cer (Europe) and Money Laundering Reporting Of cer for Stripe, a technol- ogy company based in San Francisco that facilitates payments online. Prior to Stripe, Shefali headed up Compliance, Business Conduct, and Risk across Europe, the Middle East, India and Africa for Apple, was the Chief Compliance and Ethics Of cer for Christie’s worldwide, and was responsible for private wealth com- pliance for Goldman Sachs across Europe. She has undergradu- ate quali cations in law, economics and nance and postgraduate quali cations in journalism and economic history, from RMIT, Oxford and the LSE respectively. She is currently undertaking an EMBA from Oxford’s Said Business School. In 2016, Shefali was named on Innovate Finance’s Global Most Powerful Women in FinTech List. She sits on the Boards of Ada’s list - a women in technology network - and Photoworks - a photography collective.

Steven Woolfe gained a law degree at Aberystwyth University and began his career at chambers in Inner Temple. He worked as a lawyer in the City of London with over 20 years of nan- cial services, legal and compliance regulatory experience and spent his last few years in the city as general counsel to hedge fund managers. Woolfe joined politics to campaign for Brexit and Britain’s withdrawal from the European Union. He joined the UK Independence Party (UKIP) in 2011 and served as the leading frontbench spokesman for Immigration, Financial Affairs and Economics. In July 2014, he was elected as a Member of the European Parliament (MEP) for the North West of England. In October 2016, Woolfe resigned his membership of UKIP and currently sits as an Independent MEP. 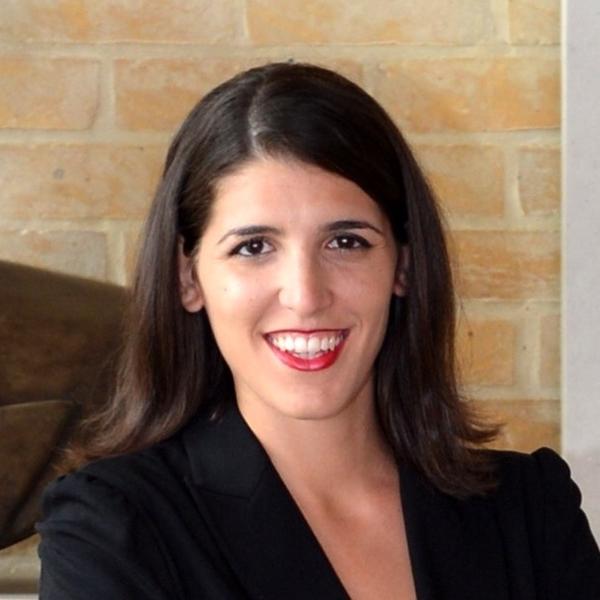