Asha is the founder of Women's Business Incubation Program (WBIP) which supports aspiring women entrepreneurs to set up digital business by providing office space, networks, mentors, marketing and human resources. She also co-founded Augsys Technologies Pvt. Ltd which is a start-up that develops Augmented Reality based mobile apps for retail and design industry. In her college days, she launched a platform known as ‘networkofcolleges’ for bringing academia, industry and government together for collaboration. She holds an M.Phil in Technology Policy from Judge Business School, Cambridge University and has interned at the UN Headquarters in New York.

Bina Tharakan is an archaeologist who is currently working as a Special Officer with the Ministry of Culture & is in charge of coordinating activities for nominating two monuments of Kerala into UNESCO’s World Heritage List. She started the heritage walks in Thiruvananthapuram in 2013 where a group of enthusiasts try to discover the city and reveal the secrets that are concealed in its tiny by lanes, crowded bazaars, places of worship and heritage buildings. Since then, each walk has yielded a wealth of information and has revealed many insights that have not been documented. Many local residents come forward to share the oral heritage with the diverse group consisting of students, scientists, medical practitioners, engineers, teachers, writers, media persons, etc. It is a multi-disciplinary approach wherein interest is generated with anecdotes from the locals more than historical facts and figures. The group also has experts who explain the historic significance of the areas through various modes. Currently, she is also planning to put together a book on the whole exercise which can serve as a manual for anyone who wants to do a walk by themselves.

Dr. Jose Chacko Periappuram performed the first successful Heart Transplant in Kerala making it the third state in India to achieve this feat. He also performed the first ever successful Heart re-transplant in India when a patient developed complications within 9 months of the first transplant. He is credited with other achievements like first beating heart and awake bypass surgeries in Kerala and has performed a total of 11 heart transplants. He has participated in more than 15,000 heart surgeries and has independently performed more than 10,000 surgeries. He is also the Chairman of "Heart Care Foundation", a charitable trust that financially assists heart patients He has helped set up various governmental hospitals in Kerala to establish heart surgery facilities. For his contribution to the medical sciences, he received the ‘Padma Shri’, the 4th highest civilian honor.

Dr. VP Gangadharan is a renowned oncologist who heads the medical and pediatric oncology department at the Welcare Hospital as well as Lakeshore Hospital in Kochi, Kerala. He has been actively involved in the formation of Cochin Cancer Society in 2004 which supports poorer sections of society impacted by cancer by providing them with subsidized medicines and free counseling. The society also educates the public about cancer and conducts camps for early detection among women. He was the former Head of the Department at Regional Cancer Center – Trivandrum and was primarily responsible for designing and developing the Medical Oncology Department.

He is a 2007 batch Kerala Cadre IAS officer, who was serving as the District Collector & District Magistrate of Kozhikode. He is popularly known as "collector bro" due to the intensive use of social media platforms for unconventional initiatives like ‘Compassionate Kozhikode’ which encourages the public for contributions of all kinds to help the needy, ‘Operation Sulaimani’ aimed at reducing hunger, etc. He is also involved scripting an upcoming Malayalam movie. In a career spanning over a decade, he has become a household name in Kerala purely based on the initiatives he has adopted for reducing the red-tape involved in approaching the government and in improving public participation in Governmental activities.

Rachel Thomas is the first civilian woman skydiver from India. She started her skydiving career with her first jump in 1979 and has since completed more than 650 jumps in 18 countries. She holds the record for one of the toughest skydiving jumps over the North Pole in 2002. She simultaneously worked in the Indian Railways which supported her and helped her carry on with her passion. She has won many national accolades and was honored by the Government of India in 2005 with the fourth highest Indian civilian award of Padma Shri.

Rima Kallingal is a danseuse, model and Kerala state award winning actress. She began practising dancing when she was three years old & has performed on national and international stages. After being named First Runner-up in the Miss Kerala 2008 contest, she went on to pursue a career in acting. She is popular for her roles in movies like City of God, Indian Rupee, Nidra , 22 Female Kottayam , August Club and Rani Padmini. She is also skilled in various martial arts like Taekwondo, Chao and Kalari. She is currently pursuing her dream project which is a dance academy named ‘Mamangam’ to provide mentorship to aspiring dancers.

Saji is a small-business owner who has seen plenty of boat accidents that took hundreds of lives. However, after witnessing the Thekkady boat disaster in 2009 which consumed 45 lives, he started training his two children and later started a swimming club which now trains children to swim in the strong waters of the river. The training is free in their swimming pool which is the 30 feet deep and 600 metre-wide Periyar River. Physically challenged children and adults benefit the most from this coaching centre which gives them a chance to conquer their own fears and limitations by pushing them to triumph over the river. Saji’s club is trying to prove that learning to swim is necessary and not a difficult task to accomplish.

Mr. Somnath is the current Director of Liquid Propulsion Systems Centre (LPSC) which is a major center for design, development and realization of liquid propulsion stages for Indian Space and Research Organization's Rockets. He is an expert in the area of system engineering of launch vehicles and has contributed in the development of two major rockets of ISRO namely Polar Satellite Launch Vehicle (PSLV) & Geosynchronous Satellite Launch Vehicle (GSLV) Mk-III. The first experimental suborbital test flight of GSLV Mk-III was successfully accomplished in 2014 under his leadership. He is the recipient of many awards and honours, including the ‘Space Gold Medal’ from Astronautical Society of India.

Unnikrishnan belongs to a small village named Marottichal in Thrissur District in Kerala. In the early 80s, most of the villagers had become addicted to locally-brewed, unregulated liquor as a result of which there has been a surge in crime, domestic violence and unemployment. As an intensely passionate chess player, Unnikrishnan decided to help the villagers by teaching them the game and slowly diverting their minds towards the game. He gave free lessons to the villagers of all ages & has trained more than 600 people, eventually, people started taking more interest in Chess and less in consuming Alcohol. Currently, he runs a restaurant where people can drop in for a game of chess. Due to his efforts, Marottichal is now known to have at least one chess player in every house. 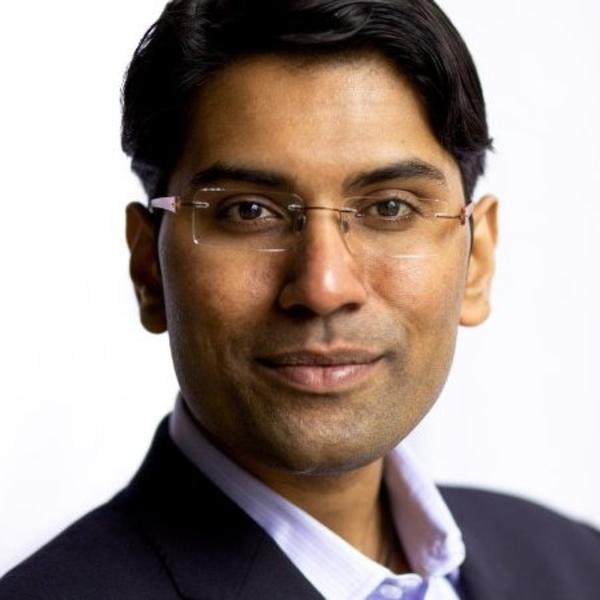