Daiki Horikawa PhD, who is currently an appointed lecturer in Keio University has been fascinated by the incredible ability of tardigrates, which can survive in some extreme environments such as outer space.

Hanae Soma is a senior at Keio Shonan Fujisawa High School and studied abroad in Shrewbury School in the UK last year.

Junichi Ushiba, who is a neuroscientist, uses a device called BMI (Brain Machine Interface) to rehabilitate patients who are suffered from stroke. However, doctors and therapists laughed at his ideal when he started his interdisciplinary research because stroke were considered to be incurable. In this speech, Junichi talks about 1) how he applies computer science and robotics to his research about rehabilitation, and 2) the importance of getting rid of biases. 牛場潤一さんはBMI(ブレインマシーンインターフェイス)を用いた脳卒中のリハビリテーションに世界で初めて成功した神経科学者です。 しかし、研究を始めた当初は、医師に「できるわけがない」と鼻で笑われたそうです。このスピーチでは彼の研究紹介と、先入観を持たないことの大切さについてお話しして頂きます。

Katsuyuki Namba is a movie critic and has published 6 books about Takeshi Kitano, Steven Spelburg, Tom Cruise and hayao Miyazaki. Also, he has given an annual lecture about movie in Ibaraki University.

Kazuhito Ishii is the captain of the debate team at Keio high school and was awarded as the best high school debater in Japan in 2017.

Kenta Kikuchi is a senior at Keio Shounan Fujisawa High School and has lived in the US, Singapore, Dubai and Turkey.

Masahiro Fukuhara is founder and CEO of Tokyo-based people analytics startup Institution for a Global Society (IGS), which he started in 2010. Prior to founding IGS, Fukuhara was managing director at asset management firm Barclays Global Investors (BGI) where he made investment decisions based on computer-driven models. Fukuhara earned his Bachelor’s degree in Economics from Keio University and MBA from INSEAD. He holds a Master’s degree (with Honors) in International Finance from Grandes Ecoles HEC and Ph.D. from Tsukuba University Graduate School of Business Sciences (Ph.D. in Business Administration). He is currently a Visiting Professor at the center for FinTEK (Finance, Technology, and Economy) at Keio University as well as adjunct professor at Hitotsubashi University’s Graduate School of International Corporate Strategy.

Yuji is a senior in Keio Shiki high school and he participated the Student Global Leadership Institute 2017.

Yusuke had been obsessed with dynamic weather phenomenon such as storm and lightning since he was a child and he acquired the license of a certified weather forecaster at the age of 16. 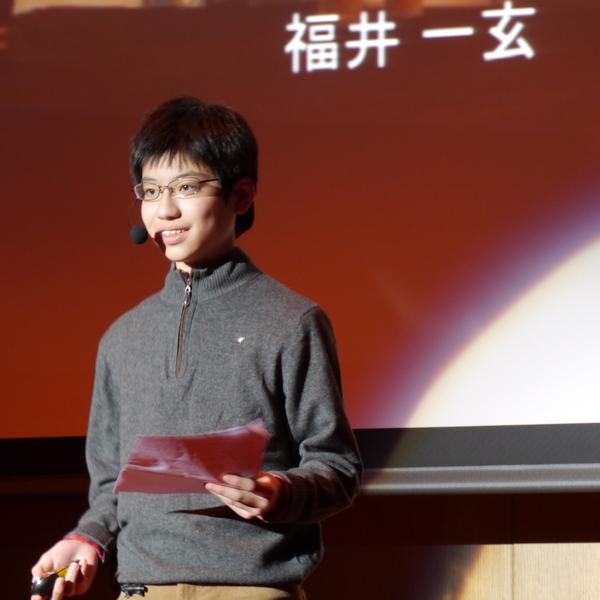