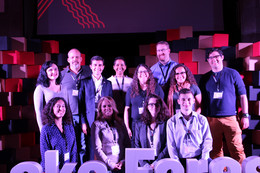 The theme Curving the Straight Line is a figurative representation of people who think differently. The TED & TEDx mission statement, “Ideas worth spreading,” aligns with this theme through the shared aim of giving voices to individuals with outside-of-the-box concepts or imaginative ideas. With this theme, we hope to spark conversation among speakers and audience members while providing a wide array of possible topics to be presented. Curving the Straight Line will act as a platform for creative people to be heard loud and clear.

Founder of artificial intelligence startup, Teledipity, which is developing an engine that recommends books, online courses, and other educational content based on stated objectives. Andrew thought of the concept based on his own journey – realizing his film degree would never pay off his debt, he jumped into the online course universe to build new skills and find a way out. Teledipity began as a series of self-produced blogs, videos, and podcasts around his passion for an ancient Greek system of self-improvement, eventually gaining the size and traffic necessary to pivot into artificial intelligence.

Courtney is a new assistant professor in African American Studies and History at Lake Forest College. She teaches courses on African American history, the history of hip hop, and black diaspora freedom struggles. She recently completed a PhD in History at the University of Illinois at Urbana-Champaign which focused on the Haitian diaspora in Chicago, with a particular focus on the 20th century.

Emily currently is a senior at Lake Forest College, double majoring in Writing and Studio Art. Her future goals include obtaining masters from Columbia College, Chicago, in Illustration and Fiction, as well as publishing her own poetry. When not studying, she can be found reading, writing, and creating art!

Community Outreach and Engagement Coordinator at Center on Halsted

Joanna Thompson, 29 years-old, identifies as a mixed-race (half Black/half Latina) and queer female. Joanna is the Community Outreach and Engagement Coordinator at Center on Halsted, the largest LGBTQ community center in the Midwest; as well as a Ph.D. Candidate in the Department of Criminology, Law, and Justice at the University of Illinois at Chicago. Her doctoral research uses critical mixed-race studies to emphasize the intersections between mixed-race identity and interpersonal victimization, specifically bullying and harassment, of college students.

Kelley is a psychotherapist and owner of Serendipitous Psychotherapy, LLC in downtown Chicago. She is a sought after speaker, author of an autobiography of survival, ‘MY self', and contributing expert for national publications, news, radio, and podcasts. Her strength comes from her husband and four children.

Krista is a second-year student studying Political Science. One of her greatest aspirations is to volunteer in the Peace Corps after she graduates from college. Career-wise, she has always wanted to travel and work internationally to achieve a greater view of the world and see it from as many different perspectives as she can.

Dr. Linda Horwitz is an Associate Professor of Communication and Chair of Gender, Sexuality and Women’s Studies at Lake Forest College in Lake Forest, Illinois. This year she will teach Introduction to Communication, Visual Rhetoric, Rhetorical Criticism, Rhetoric and Public Memory and a senior seminar on Chicago’s two world fairs. Her current research is on rhetorical approaches to remembering the Holocaust, Civic Pedagogy, and the rhetorical construction of cities.

Matthew Kelley is a professor of psychology at Lake Forest College. Along with dozens of undergraduate scholars, he has searched for general principles of remembering that operate over short- and long-term intervals, across multiple memory systems, in both laboratory and real-world contexts. He is particularly interested in examining counterintuitive effects of cognition and memory.

Richard is an entrepreneur, investor, and speaker. He is the founder and CEO of the New York public relations firm Fifth Avenue Brands, which focuses on media relations serving the tech, finance and policy spaces. He has been regularly cited as one of the most influential millennial entrepreneurs in America. He hosts the podcast Leaders & Visionaries and he is a frequent contributor to publications including Entrepreneur and HuffPost.

Sandra is a sophomore at Lake Forest College who is majoring in economics and philosophy while minoring in legal studies. Afterwards, she plans to apply to law school and study corporate law, though the specific type of law is subject to change. If that doesn't work out, she would love to get her PhD to become a professor at Lake Forest and be a part of the school she has grown to love so much.

Assistant Professor of Sociology and Anthropology at Lake Forest College

Todd is an Assistant Professor of the Sociology and Anthropology department at Lake Forest College. Todd teaches courses and conducts research on climate change, globalization, culture, and social movements. His current lines of research examine the levels and predictors of support for a radical shift away from capitalism among climate change protesters, as well as the dissemination, adoption, and interaction of global cultural norms in a rural Maasai community in Kenya. He blogs about all things sociological at sociologytoolbox.com 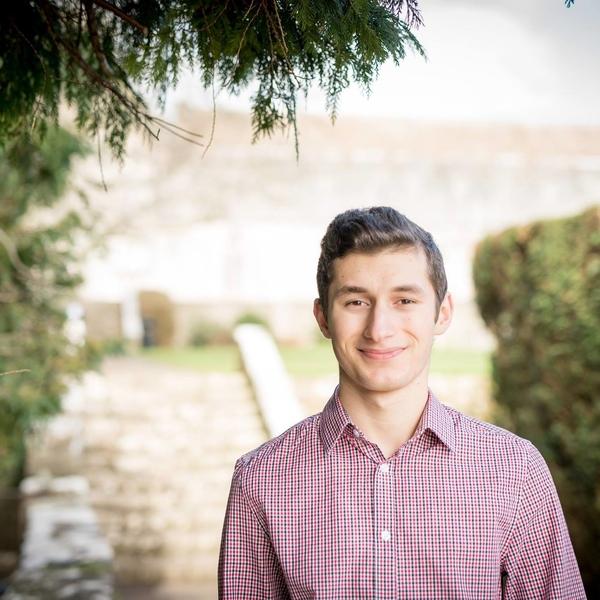