This year the TEDxLUMS is going to present those stories which have molded and changed the landscape of culture and tradition in this region. From arts to humanities to science and technology, this will be an event of great magnitude.

The talented musical duo, Ali & Muneeb captivated the audience with their instrumental performance of Khamaj. Khamaj is a Pakistani Urdu Classical song sung by Amanat Ali. Ali and Muneeb gave a cover performance through instrumental rendition. Ali is a rhythm guitarist and a Music composer, while Muneeb is a violinist and has worked with Pakistan Television (PTV) channel in Islamabad.

Amongst the Top 100 Educators of the World, as listed by International Biographical Center of Cambridge, is Pakistan’s renowned professor and researcher, Dr. Yasar Ayaz. He is the pioneer and head of the Robotics and Intelligent Machine Engineering Department at National University of Science & Technology (NUST), where in 2012, he was awarded the President’s Gold Medal as the Overall Best Teacher in 2012 and was also declared the Best Teacher of the Year for the years 2010 and 2011 at SMME.

TV Anchor-The driving force behind Idea Croron Ka, Pakistan’s First Business Reality Show. In 2017, he laid the foundation of this show, which acts as a platform between investors and aspiring entrepreneurs. With over 12 years of managerial experience, Nabeel Akmal Qadeer also assumed the role of Director of Entrepreneurship at Punjab IT Board

Blogger/ Peace and Social Activist-The first Pakistani to win the prestigious Emerging Young Leader Award, conferred by the US State Department in Washington. In Pakistan, he was recently awarded the Best Achievement of 2017 by the Government of Sindh. He is an advisor at UN Women, the Project Head at District Women Action Forum and the Program and Communication Manager at Women Through Film

Social Scientist/ Activist/ Book Critic- An award-winning translator and dramatic reader currently engaged as Senior Instructor in History and Global Perspectives at the Senior School in the Beaconhouse School Systems in Lahore. He has been trained in Political Economy from the University of Leeds in UK, and in Middle Eastern History and Anthropology from the University of Arkansas at Fayetteville, USA.

Author/Activist/Motivational Speaker-Born in Sialkot, with a physical disability, which meant that she couldn’t walk and was confined to a wheelchair since childhood. She is a story of struggles and accomplishments that has redefined her identity and has given her life, a new perspective. At 16, she launched her first novelette, 'A story of Mexico' and then sold her novel to aid the earthquake victims of Pakistan. Her second novel is 'The Perfect Situation'.

Model/Actress-Breaking the norm of conventionality at a time when modelling was frowned upon, ZQ not only managed to balance academics and ramp modelling at 17, but she also managed to bag the highly coveted Lux Style Best Model award in 2004 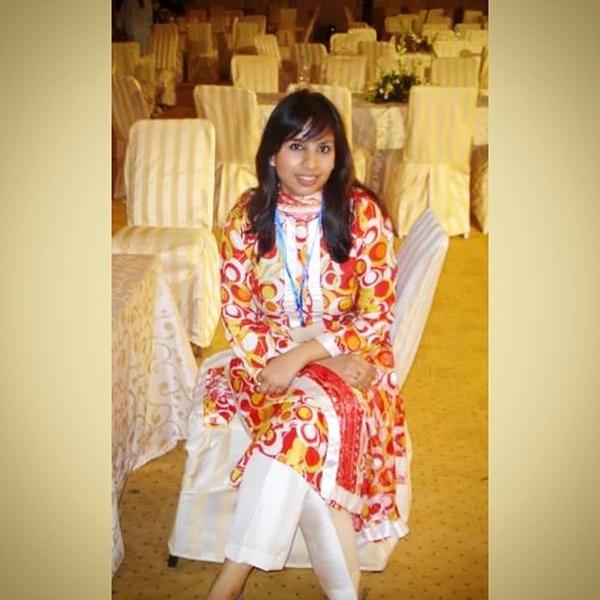