Theme: The best way to predict the future is to invent it.

„The best way to predict the future is to invent it.“

Tex is a singer and mathematician. He works as a Solution Architect, CTO and IT Consultant for Red Hat and other well-known companies such as Siemens or T-Mobile. As a singer and songwriter, he often tours and his songs are especially popular on YouTube, clocking more than 3 million views. Tex founded the format TV Noir, which is the most popular and self-produced Pop Music format of its kind throughout Germany. Tex’ interest lies in the interface formed by the intersection of creativity, innovation and economy.

Antonia Martin Sanabria was born and raised in Germany. Her family’s immigrant background influenced her to learn more about different cultures. Currently, Antonia is pursuing her Ph.D. in Sociology, researching societal structures that can reshape local communities so that they become a space of equal social opportunity for all. In her talk at TEDxUniPaderborn 2017, Antonia will discuss the feminine and masculine roles that are indoctrinated, since childhood, in us and how one can reach above these notions to live beyond barriers and accomplish goals.

PhD fellow in Entrepreneurship and Sustainability

Our first speaker at TEDxUniPaderborn 2017 is Eva Schmitz, a PhD fellow in Entrepreneurship and Sustainability at the University of Paderborn. Her courses at the University focus on her two main passions: entrepreneurship and sustainability. She is ever eager to improve her skill set, and this curiosity has promoted her to learn from and to present at various educational setups, workshops and conferences across Europe. Through her experiences as a strategic marketing intern at varied companies in diverse markets, she has gathered a wealth of knowledge, knowledge which she is keen to impart to the next generation of researchers. She also serves as a mentor for prospective PhD students at the Peer-Mentoring program at the University of Paderborn. At TEDxUniPaderborn, Eva will be speaking on the topic “How Mainstream Thinking Is Wasting Talents”.

Joe Danis has spent over 20 years of his life working to improve the world around him, by fostering strong communities and empowering others to experience the power of community firsthand. He has created successful experiential learning programs in countries such as Bangladesh, El Salvador, Ecuador, and Costa Rica. Joe has identified his purpose to “connect people to experiences and opportunities”. In June 2017, Joe launched unum society, a connection point that provides a platform for people to not only find their purpose, but more importantly, to share it with others. At TEDxUniPaderborn, Joe will be speaking on the topic “Finding Your Light and Letting It Shine”.

A story teller from an early age. Maha Alusi was born in the city of thousand and one night to a family with a history of storytelling, spiritual healing, philosophical teaching and writing. She studied at the Architectural Association School of Architecture in London, but it was Berlin where her creativity was nurtured. This city has been her home for the last 24 years. Her passion for visualizing time has manifested itself in the form of her book “Moments of Happiness”, teaching and creating artworks like “The Media Garden”, a 30-meter installation of poetry in motion. Maha calls herself a Time specialist and desires to make Time as her profession. “Alusi ephemeral art”, a company founded by her in 2004, sells the concept of passage of time in the form of wax artwork, consumed by the music of changing flames. Maha also mentors and delivers talks at the startup scene. At TEDxUniPaderborn, she will be speaking on the topic “Moments of Happiness and Life Visions”.

Born and raised in Germany, Rico Dittrich graduated in International Politics and History from Jacobs University, Bremen, before moving to Ireland to make ends meet by testing video games. Rico changed companies and joined Google and went on to troubleshoot large customers' issues with some of Google's most technical and advanced digital analytics services. He currently works as Digital Analytics Specialist at Google, collaborating with large German retailers to set them up for the future of online measurements, attributions and automation. He has lived in six countries, across three continents, in the last six years and is fluent in German, English, and Spanish. At TEDxUniPaderborn 2017, Rico will be speaking on the topic “Why Digital Transformation Is So Difficult and How to Make It Happen”.

Tiago Correia Machado is a Law graduate with a special focus on Transnational and European Law. While he has studied and worked mostly in his home city of Lisbon, Portugal, he has collaborated with a range of international organizations, from the European Commission to the World Health Organization, the AXA Global Forum for Longevity or the World Demographic and Ageing Forum. Following 14 years of very active leadership work at over 50 conferences within the European Youth Parliament and, more recently, two years as a Policy Contributor tackling Migration & Integration, Populism & Extremism, Social Cohesion and Sustainable Well-Being within the 'Dialogue on Europe' project of the German Federal Foreign Office, Tiago has developed a keen interest in all things European, especially those involving or affecting its youth. At TEDxUniPaderborn, Tiago will be speaking on the topic "On 'Young Europe'... Or Why The Hell Do We Not Vote!?".

Tim Rodenbröker is a designer and media-artist from Paderborn, Germany. After graduating from the Münster School of Design, Tim discovered “Creative Coding“, a new tool to use programming languages with an artistic purpose. With other words: To enter new and unexplored territories. Beyond syntax, functions and variables, he continues to discover infinite possible applications. His work can be found on his website www.timrodenbroeker.de. At TEDxUniPaderborn, Tim will be speaking on the topic “Creative Coding = Unexplored Territories”.

Valerija Pride, a popular figure from Russia, is one of the founders of the Russian transhumanist movement and a member of the coordinating council of the same movement. She is also a sociologist, a futurologist and a theorist in the field of transhumanism. She is one of the founders and CEO of KrioRus, the first cryonics company to be established outside the United States. At TEDxUniPaderborn 2017, Valerija will be speaking on the topic of cryonics. 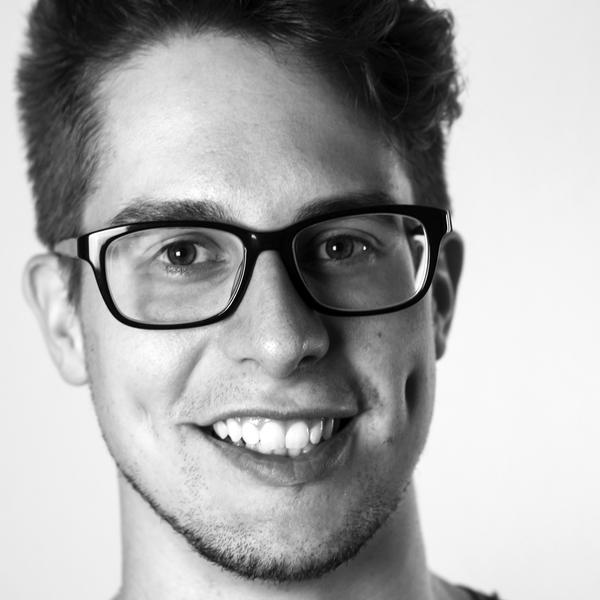