Allister Chang is the Executive Director of Libraries Without Borders, a non-profit whose mission is to reinforce the autonomy of disadvantaged communities by expanding access to educational and cultural tools. Allister advocates for libraries to serve as spaces of innovation, economic development, and civic engagement, and has given keynote addresses at the Quebec Library Association Annual Conference and the WISE Summit. He has been a guest lecturer at Harvard and NYU, and has spoken on panels at Google, the Comparative International Education Society (CIES), and the Library of Congress. Allister holds a Master’s in Public Policy from the Harvard Kennedy School, where he was elected President of the Student Government.

Andrés Martin, MD, MPH ‘02 is the Riva Ariella Ritvo Professor at the Yale Child Study Center, and editor-in-chief of the Journal of the American Academy of Child and Adolescent Psychiatry. Within our community, he has been featured in the Yale Daily News and has been a guest lecturer in courses for undergraduates.

Arsema Thomas is a second-year MPH candidate studying Health Policy with a concentration in Global Health. After studying Biophysics as an undergrad at Carnegie Mellon University, she felt the need to further explore the application of the technical science. After working in a maternal and child mobile health clinic in Northern Kenya and the Kakumah Refugee Camp on the Kenya-Sudan border, Arsema attended Yale School of Public Health (YSPH) to find the intersection of innovation and health policy.

Billy Mills was born and raised on the Pine Ridge Indian Reservation in South Dakota, and would make the Olympic team for the 1964 Tokyo games in the marathon and the 10,000 meter run, in the latter of which he would win the gold, a moment often lauded as the Greatest upset in Olympic history. As National Spokesperson for Running Strong for American Youth, Billy has spent 31 years lifting young men and women toward their aspirations and has championed wellness and unlocked opportunities in Native American communities across America. A major motion picture has been made about Billy, titled “Running Brave”, and has been a positive influence on many of our American Youth. On February 15, 2013 the President of the United States of America, Barack Obama, awarded the Presidential Citizens Medal to Billy Mills for his work with Running Strong.

Chelsea Guo is a senior at Yale completing a four-year joint B.S./M.S. degree in Molecular, Cellular, and Developmental Biology and a B.A. in Political Science. At Yale, she is a first-year counselor in Pauli Murray College, an undergraduate researcher at the Yale Stem Cell Center, the president of the Women's Leadership Initiative, and the AI Discussion Group leader for Yale Effective Altruists. Her interests lie at the intersection of science, technology, philosophy, and political theory. After graduating, she plans to pursue a Ph.D. in political theory and a J.D. in international law.

Diana B. Henriques is a former senior writer at The New York Times, is the author of A First-Class Catastrophe: The Road to Black Monday, The Worst Day in Wall Street History and the New York Times bestseller The Wizard of Lies: Bernie Madoff and the Death of Trust. In 2005, she was a finalist for a Pulitzer Prize and won a George Polk Award and Harvard’s Goldsmith Prize for her 2004 series exposing financial rip-offs of young military consumers. In May 2017, HBO released its adaptation of The Wizard of Lies, with Robert De Niro in the title role and Ms. Henriques playing herself.

Evan Twarog is a Cadet at the United States Coast Guard Academy. As an Electrical Engineering student, he is interested in particular in how data analytics and artificial intelligence can be used to improve disaster response and humanitarian missions. During Hurricane Harvey, Evan helped lead the Coast Guard’s first “crisis mapping” response. The effort collected social media “911 posts” from over 5000 survivors in need of rescue, and it represented the first time social media has played a major role in Coast Guard disaster response operations. Beyond the Coast Guard, Evan is a volunteer firefighter/EMT and a road cyclist for CLR Racing.

James Kirchick is a visiting fellow in the Center on the United States and Europe and Project on International Order and Strategy at the Brookings Institution. Kirchick’s writing has appeared in The Washington Post, The Wall Street Journal, The New York Times, The Los Angeles Times, and many others. A leading voice on American gay politics and international gay rights, he is a recipient of the National Lesbian and Gay Journalists Association Journalist of the Year Award. He has been a Robert Bosch Foundation Fellow in Berlin, a Hoover Institution Media Fellow and a Phillips Foundation Journalism Fellow, and is a professional member of the PEN American Center and a term member of the Council on Foreign Relations.

James Prosek is an artist, writer, naturalist, and Yale graduate James Prosek who published his first book at nineteen years of age, Trout: an Illustrated History (Alfred A. Knopf, 1996), which featured seventy of his watercolor paintings of the trout of North America. Prosek’s work has been shown at the Virginia Museum of Fine Arts, The Yale Center for British Art, and the Smithsonian American Art Museum, and many more. Prosek has written for The New York Times and National Geographic Magazine and won a Peabody Award in 2003 for his documentary about traveling through England in the footsteps of Izaak Walton, the seventeenth-century author of The Compleat Angler. He co-founded a conservation initiative called World Trout in 2004 with the owner of Patagonia clothing company, which raises money for coldwater habitat conservation through the sale of T-shirts featuring trout paintings.

L.M. Browning is an award-winning author of eleven books. In her writing, Browning explores the confluence of the natural landscape and the interior landscape. She is Founder and Editor-in-Chief of The Wayfarer magazine, in which she has a biannual interview column where she has interviewed notable creative figures such as Academy Award-Nominated filmmaker Tomm Moore and Peabody-winning host of On Being Krista Tippett. Browning is a graduate of the University of London, a Fellow with the International League of Conservation Writers, and sits on the Board of the IBPA. In 2011, she founded Homebound Publications. She is currently completing a degree in Creative Writing at Harvard University’s Extension School in Cambridge, Massachusetts.

Michael Grome holds B.S. degrees in Plant Molecular Biology and Natural Resource Management from Cornell University and is currently studying DNA Nanotechnology for his PhD in Cellular Biology at Yale University. Along with research, he has a passion for education and science outreach, presenting talks at local venues through Yale Science Diplomats, as well as teaching high school courses on GMOs and Philosophy of Science via Yale’s Pathways to Science and Splash programs. He also holds great interest in cognitive biases and epistemology, and is working toward a career in applying agricultural biotechnology to advance sustainable agriculture.

Sophie Edelstein, 17, is a dually enrolled student at Wilbur Cross High School and Yale University. Sophie was the third place grand award winner in biomedical engineering at the Intel International Science & Engineering Fair in 2017 challenging her fourth place finish in 2016 for her research pertaining to her own health challenges. More recently, Sophie has been named one of Connecticut’s top Women in Innovation by the Connecticut Technology Council and has begun new research in the Chang Lab, working to turn human perictyes, typically a vascular cell, into osteoblasts and chondrocytes for a variety of tissue engineering applications.

Varun Sivaram is the Philip D. Reed fellow for science and technology at the Council on Foreign Relations. He is also an adjunct professor at the Georgetown University School of Foreign Service, a nonresident fellow at the Columbia University Center for Global Energy Policy, and a member of the advisory boards for the Stanford University Woods Institute for the Environment and Precourt Institute for Energy. He is the author of the book Taming the Sun (MIT University Press, 2018). Dr. Sivaram also serves as strategic advisor to the office of New York Governor Andrew Cuomo on Reforming the Energy Vision, and he was formerly a consultant at McKinsey & Company, where he counseled Fortune 500 companies on adapting to the modern competitive landscape in energy. A Truman and a Rhodes scholar, he holds degrees from Stanford University in engineering physics and international relations, with honors in international security. Dr. Sivaram holds a PhD in condensed matter physics from St. John’s College, Oxford University. 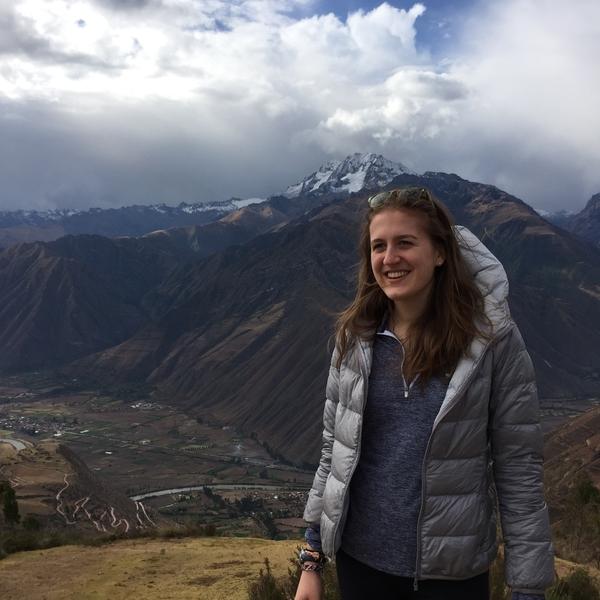