The Event will be held at Wycombe Abbey School, reaching out the an audience of 70 Wycombe Abbey Girls and 30 from other schools in the community.
These talks are aimed to help students navigate the vast (and ever growing) volume of material available to us, - allowing the provision of accurate information to develop mental links and critical thinking - initiating discussion of these new thoughts and provocative ideas both within Wycombe Abbey with other schools.

Unearthing life's complexities and beginning to delve into current efforts to answer them, their solutions or ways of coping.
We are expanding the classroom. Opening up discussions. And facilitating the procurement of perhaps life changing ideas.

Researcher and Lecturer in Systems Biology at Imperial College London

Gilestro was born in, and studied Medical Biotechnology at the University of Turin, in Italy, Soon moving to vienna to study development of the nervous system in the embryo of Drosophila melanogaster, later leading him to a post-doc in a laboratory for research on sleep and consciousness. His current research is at Imperial College in Systems Neurobiology where he lectures and works in a lab to answer some of the vital questions of "Why do animals sleep? What happens in our cells – all of them – when we sleep? Is there a core, biological function that must take place during a state of lost consciousness? ". His lab takes a genetic and neurobiological approach to elucidating some of these questions, often using Drosophila melanogaster as model system to then compare them to humans, or more directly looking at human brains themselves.

Given a unique childhood growing up in Zambia, British born, Oxford educated and travel eager, Justin Wateridge found his love for exploring the globe at a young age. He has visited over 80 countries in his life, documenting his travels in articles and leaving his footprint through charity work he does all over the world and giving lectures on his experiences to impressive audiences like the Royal Geographical Society. From his rich experiences spending time with the nomadic Wodaabe in the Sahara, attending the Gerewol festival at a secret location in Niger, or even cycling up the Mekong River, Wateridge has come to the conclusion that travel is the ultimate dissolver in shattering barriers and prejudice. He says that “Travel gives us so much – experience, empathy, perspective, understanding and such vivid memories. Our world is wonderfully diverse and we should not shrink from it but experience it, relish it and use those experiences to redefine our own lives.”.

189 days. 7000 miles. 3 Attempts. Dawson came to face fear and great unknowns - harnessing their power through daunting rowing expeditions, namely skippering the first and only rowing boat to cross the North Pacific Ocean from Japan (Choshi) to The Golden Gate Bridge in San Francisco. He simultaneously raised money for two charities, Dawson, and his crew-mate, (former member of the British rowing team, Chris Martin) encountered great challenges and discomfort on the way, including a capsize and sinking 109 days in, and an equipment failure forcing them to turn back. More recently Dawson has set up the Cockleshell Endeavour Project, works to raise awareness of PTSD and to raise money for armed forces charities through Kayaking challenges and races.

Drawing from literature, mythology and nature, Nicol Vizioli transposes her ideas via her different avenues of visual platforms including photography, painting and cinema. Her work has been displayed in revered locations across the globe, bringing a wider audience to observe her captivating pieces. Born in Rome, Vizioli now lives and works in London, and since moving, has further educated herself with the intention of improving her cinematic abilities. Her studies in the University of Rome 'La Sapienza' earned her Magna Cum Laude, and her venture to University of the Arts London, London College of Fashion, awarded her 1st class honours, giving her an even more knowledge in pursuing her creative and inspiring pieces. 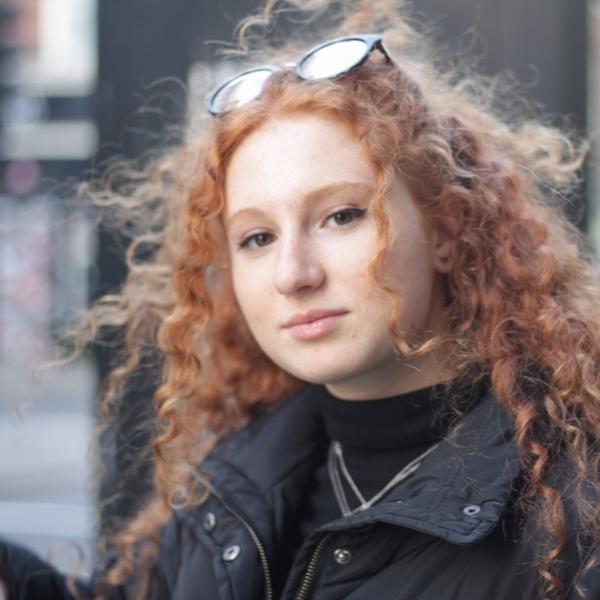