Students, teachers, and community members are all invited to attend the fourth annual TEDxPaloAltoHighSchool, an independently organized TED event. The five-period conference will feature ten captivating adult and student speakers based on our theme "Uncharted Waters" -- risky new ideas, a personal story, or a radical approach. It's an event you don't want to miss!

Questions are enveloped in human nature, whether it be to acquire knowledge, to eliminate confusion, to strengthen a relationship, to solve problems, or to stimulate creativity. In her talk, junior Adeline Zhou addresses our predisposition to seek answers and redefines the questions we ask. Adeline pursues her interest in elocution through various activities, including FBLA, Speech and Debate, and Student Government.

Annie Tsui is a sophomore at Palo Alto High School. As an active participant in public speaking extracurriculars such as theatre and Speech and Debate, she enjoys giving speeches on what she’s passionate about, hence the reason she’s here to deliver a Tedx Talk. Annie’s topic is on collective intelligence, and how we can use this to change the world together.

Consumerist, technology enthusiast and investing tyro Ashutosh Bhown is convinced that the practice of consumerism has a bad reputation in the public eye. He wants to change this. Although he faces the criticisms of such an “infamous” title on an almost daily basis, he speaks on behalf of consumerists who understand the value of modern products on why consumerism is actually a positive thing both for the individual and the community, even if the general public doesn’t even realize it.

Belle Doughman loves art and creativity and can at most points in the day be found with glitter in her hair. As a senior this year, she is planning to attend Brigham Young University where she hopes to study illustration and happiness in an attempt to spread a little sunshine.

Chris Gregg has been teaching for over fifteen years, and has extensive experience in the classroom as both a high school physics teacher and as a computer science lecturer. After Chris graduated from Johns Hopkins University with a B.S. in electrical engineering, he joined the active duty Navy as a Cryptologic Officer. He deployed on a number of ships throughout the Pacific Ocean, and was stationed in both San Diego, CA, and in New South Wales, Australia. After his initial tours in the Navy, Chris left active duty to pursue a teaching career, although he remained in the Naval Reserves and served with the Office of Naval Research and as an Information Warfare Commanding Officer, where he was promoted to the rank of Commander. After receiving his Master’s degree in Education from Harvard University, Chris taught high school physics and computer science at Brookline High School in Brookline, MA, and physics at Pacific Collegiate School in Santa Cruz, CA.

Economics, History & Social Science teacher, Teacher Advisor, Eric Bloom has worked at Palo Alto High School since 1998. Together with Erin Angell he co-founded Paly’s Social Justice Pathway. Committed to classroom learning, he understands the pressures on and within the classroom in changing times. His experience extends beyond the schoolroom door--History & Social Science Department Instructional Supervisor for seven years, a Teacher On Special Assignment for School Climate, and former Executive Board member for the Palo Alto Educators Association. Trained and credentialed in Educational Administration, Eric is deeply committed to navigating institutional rigidity and fostering innovation in public schools.

Teacher of English and rabid fan of Shakespeare, Erin Angell is rounding her 15th year teaching high school students. She is also one of the co-founders of the interdisciplinary and project-based Social Justice Pathway at Palo Alto High School. As a Teacher Advisor, she helps students navigate the high school experience, design their four-year plan and prepare for matriculation. 2016-2017 marks her first year as a member of the Advanced Authentic Research team.

Jacqueline Genovese works at Stanford University in the School of Medicine, where she leads a Literature and Medicine Dinner and Discussion series for physicians and a War Literature and Writing Seminar for Stanford students who are military veterans or have a military affiliation. She is the assistant director of Stanford’s Medicine and the Muse program in medical humanities and the arts, which provides classes, programming and events at the intersection of the arts and humanities, medicine, the military, and science. Jacqueline received the Stanford School of Medicine Inspiring Change Leadership Award in 2016 and has received numerous awards for her work in print publications and video, including an IABC International Golden Quill Award. She is a proud Mom and grandmother, and dedicates her talk today to her military affiliated students, who she says have taught her so much.

Jennifer Dionne is an associate professor of Materials Science and Engineering at Stanford. Jen received her Ph. D. in Applied Physics at the California Institute of Technology, advised by Harry Atwater, and B.S. degrees in Physics and Systems & Electrical Engineering from Washington University in St. Louis. Prior to joining Stanford, she served as a postdoctoral researcher in Chemistry at Berkeley, advised by Paul Alivisatos. Jen’s research develops new nano and optical materials for applications ranging from high-efficiency energy conversion and storage to bioimaging and manipulation. This research has led to demonstration of negative refraction at visible wavelengths, design of optical tweezers for nano-specimen trapping, demonstration of a metamaterial fluid, and synthesis of high-efficiency and active upconverting materials.

Kylie Jue is a senior studying Computer Science (CS) + English at Stanford University. Originally from Cupertino, Kylie was the first student to declare the new CS+English joint major and has also served as the editor-in-chief of The Stanford Daily newspaper. She is currently a section leader for the introductory CS courses at Stanford and is a chair on the board of Stanford's Women in Computer Science group. Although she hasn't decided what she'll be doing after graduation, she hopes to combine her interests in journalism and technology.

Nicholas Blonstein is currently a junior at Paly. He has always loved watching Ted talks because they are so fascinating and inspiring. Because of this, and his interest in public speaking, he took the opportunity to speak at Paly's Tedx event this year. Nicholas plays badminton competitively and is on the Paly team. In his free time, he likes to play video games, spend time with his family, and learn new woodworking skills.

Nicholas Blonstein is currently a junior at Paly. He has always loved watching Ted talks because they are so fascinating and inspiring. Because of this, and his interest in public speaking, he took the opportunity to speak at Paly's Tedx event this year. Nicholas plays badminton competitively and is on the Paly team. In his free time, he likes to play video games, spend time with his family, and learn new woodworking skills. 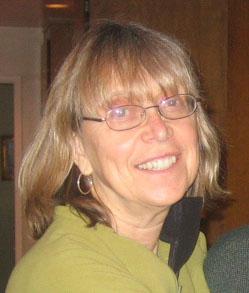