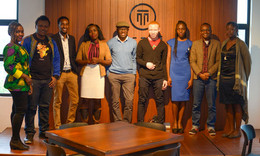 We all eventually grow, thus we need to take up new spaces and opportunities.As an individual and as a community, we yearn for the ideal; that infinite high of success, achievement and self- actualization.We move out of our comfort zones , at times in our make believe world.The drive to excel and take up new frontiers to sustain our pursuit as an individual or community.

The thirst for ideas and knowledge to quench our ever probing minds, the locomotion of a community.

The contemporary thought, prevailing that looks at new ways of impacting the world objectively and above most profoundly.

This is what moves us to grow out, to reach to the achievable heights supported by our humanistic need to experience a new adventure, a courageous attempt of a noble task equipped by our knowledge and will.

Founder and Goodwill ambassador of the Zero street population Initiative.Adopt a mentor campaign

They say if it makes you angry look for it's solution. Reducing the number of street population responsibly is a task.However one step at a time, it is my little thing and it makes all the difference. Adopt a mentor brings Kenyans into participation of a dream where we are all going to be proud of being mentors, for the present and future generations.

Talking about sexual health is not only awkward but also taboo.The result is entire generations without the right information on sex and sexual health making ill informed and bad decisions. This is evidenced by the high the HIV prevalence,STI prevalence ,early pregnancies, unsafe abortions and irresponsible use of morning after pills. Sophie Bot is an artificial intelligence persona to answer users questions on sexual health.Think of her as "Siri for sexual health".We take great care to feed her with curated verified information from our partner/investor UNFPA Kenya.We have also sourced content from the National Aids Control Council. Sophie Bot uses existing rule based artificial intelligence from Project A.L.I.C.E, which created a programming language called A.I.M.L which is easy to build.

He is a Corporate and Fashion Emcee. Has hosted the Kenya Fashion Awards with Miss Kenya U.S.A Angela Wambui, Kerussu Women In Leadership Conference, Nairobi Fashion Market, Kenya Beat Battle, (a music producer’s beat making competition) among other corporate, social and commercial gatherings. He is also host of #TeamAmbition, an online motivational and networking platform that brings all ambitious minds together to discuss success, achievements and hard work, and how young people go about with it. Ivix often does what he does to show his fellows that ANYTHING is possible.He believes in the power to dream big, pushing oneself to extreme limits and most of all, the law of attraction.

Mime Kenya is a group of young Kenyan artists ranging from 18 - 23. They are based in the capital, Nairobi. Their drive comes stems from passion for the performing arts and ministry. Mime Kenya is influenced by spoken word and deep roots in church ministry. They draw inspiration from individuals and Christian mime groups. Mime Kenya was founded in April 2015 by the group leader, Jairus Ong’etta, A conversation with a girl that he had found funny sparked the idea of infusing his spoken word pieces with mime during live performances. Two years later an idea of merging poetry, music and mime has built an image distinct from other group acts in the country. The white painted faces and exaggerated hand gestures are part of the work that goes into weaving stories into colorful dramatic presentation. Mime Kenya’s aim is to connect with audiences and to convey the message of love of Christ, through the art of mime.

A Nutritionist by profession and lover of mental wellness,I'm all about incorporating dietary intake to prevention and management of mood disorders. A friend once told me that when you look good, you feel good; something I have lived by since. However, it is not possible to feel good if the way you look at things, yourself included, is altered. Mental ailments like depression and anxiety do just that. In an age where mental illness is on the rise,trends on ideal body shapes and sizes keep evolving and body shaming is a norm,I seek to make people feel comfortable in their own skin, both inside and out.

Maurice is General Manager at Mettā , a community-led initiative designed to bring entrepreneurs and the wider startup ecosystem closer together. It connects the dots between founders, small businesses, industry experts, educators, services providers and investors. Maurice is also founder of Kampnoo Camping. Kampnoo Camping is an outdoor company based in East Africa. It only focuses on camping centered activity. They focus in providing fun and environmentally friendly activities that encourage networking and help foster collaboration among the campers to solve various issues. It has its core values around physical fitness, environmental conservation and sustainability.

Paul Thandi has been all about creativity and ingenuity. He kicked of his long lived dream as a photographer and has been capturing and creating images as a commercial photographer. One thing has been consistent all through, writing. “I always knew I had an opinion on how everyone can live by their own terms, if only we could invest more informed efforts in developing our selves” It has been a journey finding self and it’s a fulfilment to share the nuggets as an author. As the picture stitched in, he has built a company and the business is from his passions.

Conceived and raised in Buruburu Phase I House No. 150, small numbers.Teddy believes in the strength of a community in impacting lives. He has traversed the world and is credited to be part of initiatives and firms that provide a solution to situations that require innovation. Teddy identifies his origin and always seeks to connect, collaborate, and co-create.

Wilkings Fadhili developed an interest to impact the society by changing people's lives and make his parents proud. Wilkings worked at Royal Media services a local media company, he realised his entrepreneurial spirit. He later ventured into modelling and joined top model Ajuma Nasenyana's agency City Models Africa where he did fashion shows in Kenya and South Africa. During his short period as a model, discovered he could add immense value and impact to the creative industry. In 2014 November he Founded Fashion Torch Africa Incubation Hub with a vision of growing Africa fashion and creative brands into viable businesses. Fashion Torch Africa, it is a business hub that gives fashion and creative enterprises access to funding, Mentorship, Training and Concept design skills. Wilkings founded yet another company in 2016, StartUpNow and entrepreneurship and management company with a vision to grow a sustainable brands. 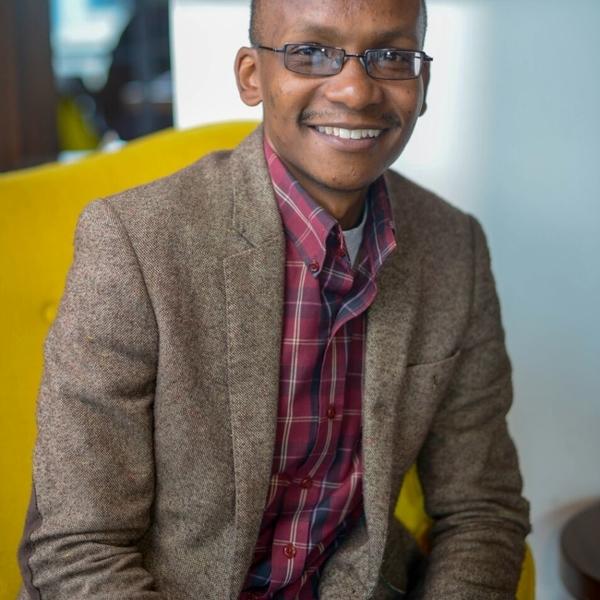 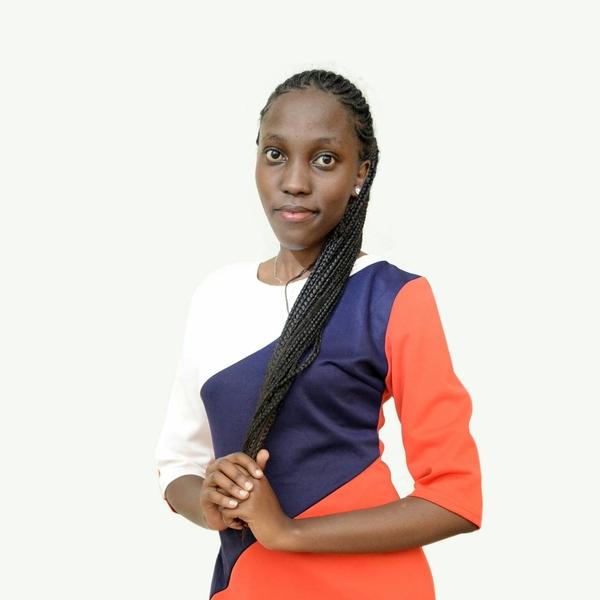