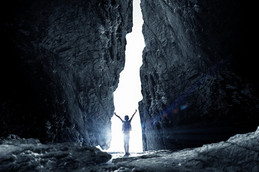 The difference between the impossible and the possible lie in sheer determination. What is Nxt? How do you create the Life that you have always wanted? What is the future for Women in India? What do Students have to look forward to? How about Technology? Education? Art? Culture? Music?

Sometimes the answers can be found in the ideas of others. Get ready to listen to some powerful talks on 'What Nxt?' this October! People from all walks of life come together to contemplate the future from their perspective.

Described as an "intersectionist", Dr. Ratnam's work weaves the many disciplines of dance, theatre, spoken word, ritual, archaeology, dramaturgy and women's issues. For over 40 years, her distinguished career has witnessed over 1000 performances in 27 countries. Her formal training in Bharatanatyam, Mohiniattam and Kathakali has given Dr Ratnam a distinctive movement vocabulary that she has named NEO BHARATAM - a contemporary Indian kinetic situated on a mature body. Using voice, singing, Vedic hymns, drumming, contemporary mythology and devised movements, her acclaimed choreographies include SEVEN GRACES, MA3KA, A MILLION SITAS and NEELAM. Dr Ratnam served as a member of the Executive Board of the Sangeet Natak Akademi, India's largest apex body for the performing arts, and the ICCR, India's Government panel to select performers for international tours, a fellow of the World Academy of Arts and Sciences, and a voting member of the Dance Critics Association, USA.

Babita Jaishankar is the dynamic force behind WSol- a consultancy that offers image management expertise to individuals and corporate entities and caters to both men and women. She also runs BAJA, an exclusive clothing line of WSol, a store for women that offers global wear with traditional Indian fabrics, both online and offline. Style Me/Empower Me is a social initiative spearheaded by WSol to empower the un-privileged youth to help them be more gainfully employable. She counsels individuals and even corporate entities on how important personal branding is and how they are perceived in their day to day life. Babita is also a key note speaker and a panellist at many Entrepreneur group and College events. She is also an accomplished blogger who shares her fashion tips in various forums.

Elias George, Member of the Indian Administrative Service, has been the MD of Kochi Metro Rail Ltd. since 2012; Chairman, Unified Metropolitan Transport Authority, Kochi since 2014; and MD of Cochin Smart Mission Ltd. since 2016. These three concurrent responsibilities involve a combined project size of around INR 110 billion. His public service career has been with the Government of India and the State Government of Kerala; spanning sectors ranging from Urban Development, Transportation, Shipping, Energy, Water Resources and Urban Transit; to Industry and Labour. His work in the Kochi Metro has been acknowledged and the Public Private Partnership (PPP) model in also being adopted by other states. This is arguably one of the most successful PPP projects in terms of financial benefits to the public sector partner. What next for Kerala in terms of Urbanization and infrastructure? What are the constraints and what is the way ahead? Get ready to listen to some powerful ideas!

Gee – as most clients and associates know her, stepped down as CEO of Spatial Access - India’s 1st media-audit & advisory firm in July 2017 after a highly rewarding journey of 13 years simply to ask herself “What Next” The trail from advertising to consulting took her through building teams, launching onsite digital studios, bringing Michael Jackson to India, running marathons, forming an ad-production audit business and taking the company to a profitable and unique position in India and ASEAN regions. In her new role at Discovery, Gee has a single agenda: To elevate the purpose of Television for brands and bring in a new age of content on TV. If we make our history interesting– the way Bahubali did to Bolllywood, if we could give scale to purposeful content and take it mass, maybe the children or grandchildren of the Millennials will start visiting museums and building relationships of value again. What Next? Take a stand on what we create for future generations. GetOffThatFence!

Giriraj is a director and writer, known for Mythri (2015), Adwaitha (2013) and Jatta(2013). He has acted, directed and staged over 2000 street plays and written and directed 12 stage plays. He was the Asst director for Nagabharana, Gopi Peenya, Shashank. Three of his movies have won state awards among others. Giriraj is also an activist who has worked with Literacy campaign (Sarvasiksha Abhiyan), AIDS awareness, Women empowerment, Child rights, Dalit rights, Special children, Convicts, Street children, Devadasis, Physically challenged and also for protection of tribal art & culture. He has directed a play, Nanage Naanishta (I love myself), where all the actors were special children. He started a theater group Bhoomi, which has staged more than 50 street plays and 13 stage plays in Hindi, Kannada & English. His Kannada novel, ‘Kathege Saavilla’ was awarded Kannada Sahithya Parishat award. He is also a Guest Lecturer in Bangalore Institute of Film & Television, NACT.

Author of God's Own Office and Founder, Jackfruit365.com

James Joseph is the author of recent best seller “God’s Own Office- How One Man Worked for A Global Giant from His Village in Kerala” published by Penguin Books. The Malayalam translation of the best seller got published by Manorama Books. During his work across three continents James had the rare opportunity to design Signature dining experiences for his clients with several internationally renowned Chefs which helped him to develop JackFruit365™- an initiative to create an organized market for Indian Jackfruits, 80 percent of which is reported to be wasted every year. In just three years James has rebranded Jackfruit from the ‘untouchable’ to the ‘AHA’ Jackfruit – Aspirational, Healthy and Affordable. His biggest contribution is the first Glycemic Research on Jackfruits from Kerala through Sydney University Glycemic Index Research Services, which scientifically proved, unripe jackfruit is a better alternate to Rice and Roti to control blood sugar.

At an age when most children begin to spin dreams of their career, Jeroninio (Jerry) Almeida had already begun to walk on the path of his ambition. For someone who began training and mentoring people at the age of 17, it was the belief of creating a more responsible and humane society, and a better world for all that motivated him to become a management consultant and leadership coach. As a missionary entrepreneur, Jerry founded iCONGO International Federation of NGOs and has championed fundraising campaigns and awareness generating social movements, and these fundraising movements have been significant in changing the overall attitude towards fundraising, philanthropy and social justice in India. Jerry serves on the board of a few organisations like The Touch of Hope Foundations, SkillShare International- UK, Catholics Bishops Convention of India, WOTR, VSO UK, Goa Forgiving and War Wounded Foundation, CII, UNODOC, UNV India @ 75.

Dr. Kaustubh Nande (Keb) oversees regional marketing strategy and execution at ANSYS and is primarily responsible for setting up the India marketing operations. He has extensive experience of 14 years in the marketing domain and has led several demand initiatives, brand communication programs and thought leadership campaigns mainly in the technology sector. His core competencies include Business Strategy, Communication and Application of Technology. He is a regular speaker at industry forums and writes for both mainstream and business publications. He has taught in US universities and has been a guest speaker at premier academic institutions in India such as IIM-B, IIM-Lucknow, Christ University, MISB Bocconi and St. Xaviers College. Kaustubh is also winner of the 2017 ‘Content Marketer of the Year’ award. In the past, he has served as an independent director on the board of Airaavat Technologies Pvt. Ltd. Kaustubh holds a Ph.D. in Relating and Organizing from Ohio University, USA.

Moopan Krishnan is the oldest member of the Luckam Kudi in Munnar. As the Moopan, he is highly respected in the community and has also been the Muthuvan Chief/ Kani for a short stint. Moopan Krishnan is also well versed in medicinal plants and is approached by the community for treatments. His exact age is not known, but it is said that he is about 80 years old. The Muthuvans are the original inhabitants of Munnar and they are the ones who helped the Scots in planting over a hundred years ago. The name 'Kannan' of Kannan Devan Hills, is that of a Muthuvan. What Nxt? for the Muthuvans. Do they want to preserve their culture and be among themselves or do they want to join the mainstream society? Let's wait and listen to what the Moopan has to say!

Nakul Shenoy is a leading corporate speaker and entertainer based in Bangalore, India. This acclaimed mentalist is the author of Smart Course in Magic and a multi-faceted personality: a communication scientist, a design consultant with patents, a user experience researcher and a critical thinker.

A housewife, Sumangala joined Kudumbashree and came into the mainstream society. She started a micro-enterprise unit named, Pavithra, which is a hotel and catering unit at Kambilikudam. She became active in mainstream politics and contested in the Panchayat election. Her hard work and persistence helps her family in having a good future.

A leading thinker/consultant on branding & communication globally, Xavier combines his deep subject knowledge with his role as an entrepreneur in creating one of India’s most promising integrated communication firms. He has worn multiple hats of writer, editor, teacher, trainer, consultant and entrepreneur in an eventful career spanning 23 years. A sought after speaker, Xavier does a few speaking engagements a month both within India and overseas on topics like branding, PR, social media, leadership, entrepreneurship and motivation. Xavier has been on the board of multiple leading academic institutions in India like ISB & M, Symbiosis Institute of Mass Communication, GICONS and COMMITS among others. He was chosen by the Leadership Institute, US as an outstanding achiever from India. Among the handful of Indian communication professionals to have spoken in 8 countries, he was recently featured among India’s 100 most important professionals in Indian PR and Corp Comm by Reputation Today.

A bus conductor and a passionate environmentalist, M Yoganathan, who is from Coimbatore, has planted over 3 lakh trees across 32 districts in Tamil Nadu. And in his free time, armed with a projector and slides he's collected over the years, he travels the length and breathe of the state visiting schools and colleges to educate the young students about the need to conserve the environment. He once took on the timber mafia and corrupt officials destroying the forest cover of Kotagiri. But now he feels education is the only way forward. Yoganathan joined the Tamil Nadu state transport corporation in 1999. Yoganathan started campaigning against the cutting of trees in the Nilgiris during the ’80s, and has not looked back since. 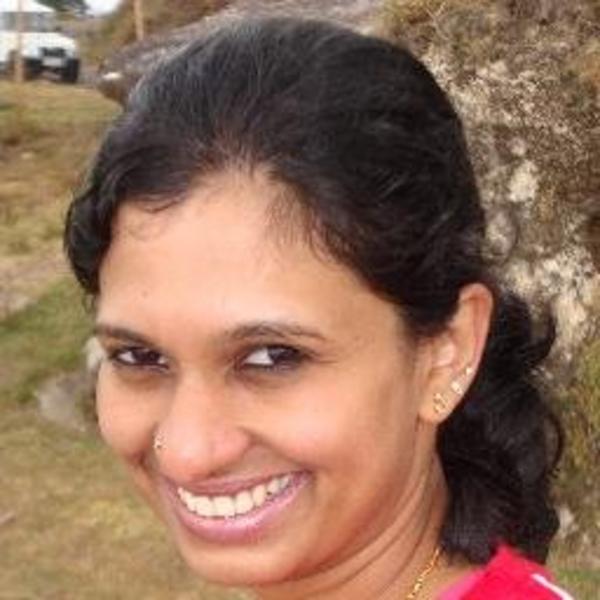