Anja Förster is an internationally renowned entrepreneur, speaker, and author. She studied business administration in Germany and the US, worked as a manager for one of the leading European retail enterprises and subsequently joined Accenture where she headed consulting projects in the field of human performance and change management. In 2002 she founded her own company in Heidelberg, Germany. In addition, she invests capital and know-how in young and strong growing companies. What would you like to see in the future? Get off your butt and search for new experiences, go to new places, learn new things, reach out to new people. A whole lot of what is changing simply can't be seen from where you are sitting.

Professor in Biological Psychology and Neuroergonomics

Klaus Gramann is head of the chair Biological Psychology and Neuroergonomics at Technische Universität Berlin. He studied Psychology in Gießen, Germany, Amsterdam, the Netherlands, and in Aachen, Germany where he received his diploma in 1998 in Psychology and subsequently his PhD in Experimental Psychology in 2002 from the Rheinisch-Westfälisch Technische Hochschule Aachen (RWTH). He worked as postdoc at the LMU Munich and at the University of California San Diego. Here, together with Scott Makeig he worked on the development of Mobile Brain/Body Imaging methods to investigate human brain dynamics in actively behaving participants. He has been working as visiting Professor at the National Ciao Tung University in Taiwan and the University of Osnabrück in Germany before accepting a position at the Technische Universität Berlin in 2012. He has a keen interest in the neuroscience of embodied cognition with a focus on spatial cognitive processes, visual attention and neuroergonomics.

Lubna is a doctoral student at the Technical University of Berlin, researching drivers and motivations of entrepreneurship in refugee communities and conflict areas. An Iraqi-born who came as a refugee to the United States in 2010, Lubna left the USA in 2015 and embarked on a journey of volunteering and working on the Balkan borders, Turkey, Lebanon and Germany in support of conflict survivors and underprivileged youth, before she settled in Berlin. She has previously obtained her MS from the Georgia Institute of Technology and worked as a management consultant with Accenture USA Answer: A world where people listen more before they speaker, attempt to understand instead of passing judgement, and put being human first before any differences.

Owner and Co-founder of supermarket free from disposable packaging

Milena Glimbovski is co-founder and owner of both Original Unverpackt. She studied at the Berlin University of the Arts and worked in communications before deciding to revolutionise sustainable food retail. Wanting to find a new solution to the old problem of packaging waste, a new idea was born – a supermarket free from disposable packaging. Original Unverpackt first opened its doors in September 2014. Original Unverpackt is a small supermarket completely free from disposable packaging. The products are organic, sourced locally and range from everyday supplies like fruit, vegetables and cleaning products over to skin creams and vodka. The opening of Original Unverpackt inspired many people around the world to join the movement and open up further zero waste shops.

Paul is currently finishing his PhD thesis on open interfaces and platform strategies at the Technical University of Berlin. He was invited to speak at multiple international conferences and was asked to join the research group of a highly recognized MIT professor in early 2017. During his time in Boston as a visiting research fellow at the Sloan School of Management of the Massachusetts Institute of Technology, he worked with experts on the topics of technology evolution and platform design. Prior to that, Paul has worked for a startup company and a digitalization consulting firm in Berlin. What would you like to see in the future? Amazon, Google, Facebook, Uber, and AirBnB are some of the most successful companies of the 21st century and are examples of different types of platform businesses. However they exist only thanks to one shared, open platform: the internet. More firms should take advantage of the possibilities which the internet provides and should make use of platform desig

Peter Onneken is a freelance writer, filmmaker, and investigative journalist. He has working experience of +15 years. Peter started as a writer and reporter at a public youth radio station in Frankfurt, before he joined Bloomberg in 2000. Based in London and Frankfurt he worked as a stock market reporter, developed and hosted the show "jung.schoen.reich", a finance show for young investors. In 2002 he joined the economic and consumer department of Hessischer Rundfunk (tv). Later he moved to Cologne and was working as a writer for the investigative tv magazine "Monitor". Peter holds a degree in political science. 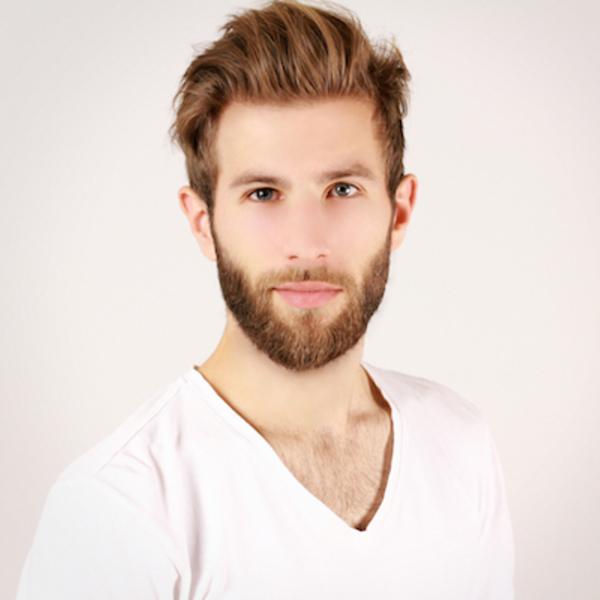