From driverless cars to diagnosis of medical imaging, artificial intelligence is being heralded as the next industrial revolution. But how does AI relate to us in all our glorious complex humanity? Our first TEDxExeterSalon explores the ways in which we’ll interact with algorithmic intelligence in the near future.

In the past he has mesh networked the Moscone Center, caused a U.S. Senate hearing, and contributed to the detection of what was — at the time —the most distant object yet discovered.

John Robb was born in Blackpool, fired by the punk rock DIY ethic he put together his legendary cult band the Membranes. At the same time he started his own fanzine before moving onto the music press and writing for Sounds where he coined the phrase Britpop and was the first person to interview Nirvana, the Stone Roses and the whole of the emerging Manchester scene. From this platform he went onto be regular radio and TV pundit and presenter and author of best selling music culture books including ‘Stone Roses and the Resurrection of British pop’ and ‘the oral History Of Punk rock. He is currently the boss of one of the UK’s main music culture website www.louderthanwar.com, fronts a reformed Membranes whose critically acclaimed Dark Matter/Dark Energy album combined the Universe into life and death an a post punk trip.

Neil Lawrence leads Amazon Research Cambridge where he is a Director of Machine Learning. He is on leave of absence from the University of Sheffield where he is a Professor in Computational Biology and Machine Learning in the Department of Computer Science. Neil’s main research interest is machine learning through probabilistic models. He focuses on both the algorithmic side of these models and their application. He has a particular focus on applications in personalized health and computational biology, but happily dabbles in other areas such as speech, vision and graphics.

Raia Hadsell is a research scientist on the Deep Learning team at DeepMind. She moved to London to join DeepMind in early 2014, feeling that her fundamental research interests in robotics, neural networks, and real world learning systems were well-aligned with the agenda of Demis, Shane, Koray, and other members of the original team. Raia’s research at DeepMind focuses on a number of fundamental challenges in AGI, including continual and transfer learning, deep reinforcement learning, and neural models of navigation. Raia came to AI research obliquely. After an undergraduate degree in religion and philosophy from Reed College, she veered off-course (on-course?) and became a computer scientist. Raia’s PhD with Yann LeCun, at NYU, focused on machine learning using Siamese neural nets (often called a ‘triplet loss’ today) and on deep learning for mobile robots in the wild. Her thesis, ‘Learning Long-range vision for offroad robots’, was awarded the Outstanding Dissertation award in 2009.

Sabine Hauert is Assistant Professor in Robotics at the University of Bristol in the UK. Her research focusses on engineering swarms across scales, from trillions of nanoparticles for cancer treatment to thousands of robots. Profoundly cross-disciplinary, Sabine works between Engineering Mathematics, the Bristol Robotics Laboratory, and Life Sciences. Before joining the University of Bristol, she engineered nanoparticles for cancer treatment at MIT, and deployed swarms of flying robots at EPFL. Sabine is also President and Co-founder of Robohub.org, a non-profit dedicated to connecting the robotics community to the world. As an expert in science communication with 10 years of experience, Sabine is often invited to discuss the future of robotics and AI, including in the journals Nature and Science, at the European Parliament, and at the Royal Society. Her work has been featured in mainstream media including BBC, CNN, The Guardian, The Economist, TEDx, WIRED, and New Scientist.

Simon Johnson is a game designer who specialises in enabling people to play in real, social spaces. He designs experiences to amaze, exhilarate, activate and promote understanding. Simon currently runs a startup called Free Ice Cream dedicated to making complex subjects playable. In 2016 Simon set up a new game studio Free Ice Cream. They are focused on making games that enable people to play with subjects that are in one way or another very complex. The first major commission saw them develop a game called 2030 Hive Mind. It is a real time policy simulation that sat at the core of The Global Festival of Ideas for Sustainable Development AKA The Playable Conference. 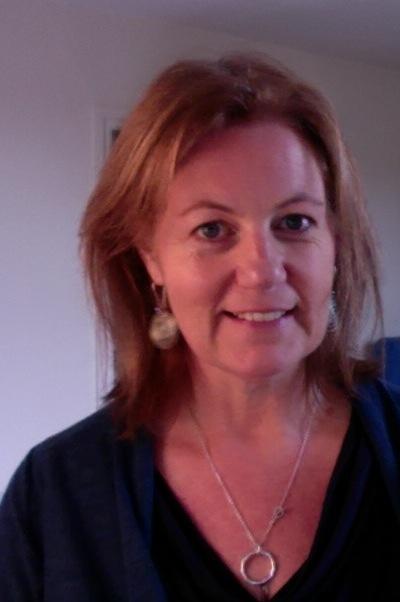