This TEDx event is mainly dedicated to Celsa students. It is supposed to give them the opportunity to embrace all the potentialities of their careers, to meet with others and reflect upon their own profile. The second intended audience is much broader as this event is opened to all public: people interested in the TEDx format, eager to hear high level diversified talks and to discover the variety of profiles allowed by the Celsa training.

Aude-Emilie Judaïque devotes her life to listening, decrypting and telling the world. Graduate from the Magistère of CELSA and post-graduated in Sociology from Sciences Po Paris, she quickly moved into documentary production at Radio France. Since 2014, she produces each summer on France Culture a series devoted to the History of International Migration, "Les Hommes aux semelles de Vent". She thus specializes in the issue of cultures and migrating identities, at the heart of the evolutions that disrupt our societies. She is currently pursuing her research on migrations by working on the realization of a virtual reality experiment on the multiplication of the walls in the world, in collaboration with Camera Lucida.

Céline Mas knew very early that she would embrace several paths. So she put at least three ingredients in her world: measurement and data, literature and commitment. For Occurrence, she surveys organizations and the impact of their communications. She is also committed to men and women equality. At ”Toutes Femmes, Toutes Communicantes” and at UN Women France, of which she is Vice-President, she spreads her ideas and gives her time as a volunteer to defend the cause. Celine's world would not be colorful enough without her great passion, literature: she thus devotes herself to writing, professional but also literary and theatrical. One of her mottos: everything is possible, even the best.

Gratuated from the Special Saint-Cyr Military School, from the Ecole de Guerre, and doctor in information and communication sciences at CELSA, the Reserve General François Chauvancy was an officer of the French land army, in armored intervention forces in France and abroad. He completed his career at the Higher Military Education Directorate. He served in many operations. He is also a specialist in the use of forces, the formation of foreign armies, the reconstruction of states getting out of crisis and influence. Since 2011 he has hosted a weekly blog on defense and security issues, and is the author of numerous articles.

After a master's degree at Celsa and a PhD in television and film studies in London, Julie Escurignan coordinates the Media Across Borders network, which focuses on trans-media and transnational television adaptation. Her thesis "Game of Thrones Fan Project" deals with the transmedia experience of fans of the series. By their influence, fans of "pop culture" are for her key actors of our society, are worthy of a certain democratization. Visit the Facebook Fanacademic page.

Julien Lacheray has always been fascinated by the big cities. After a dual degree in mechanical physics and communication, he settles down between Paris and New York and studies the cities from the inside in order to understand their magnetism, and figure out the combining identities that occur within them. He is the first witness of a new movement that takes cities away from the states, while bringing them closer together. He shares his ideas through his online magazine HereYouAre.

Founder and Leader of LC Conseil

Convinced that integrating of handicap is a source of individual and collective performance, Lucie Caubel created in 2010 LC Conseil, a consulting firm in the field of disability and focused her projects on the design of innovative solutions to better integrate disabled people in ordinary life. In particular, she is involved in designing the largest online disabled workers recruitment tradeshow, and in mental health issues.

Information, personal writing and psychology: a combination that has always fascinated the journalist Pascale Senk. This discipline has prevailed for a long time: chief editor at Psychologies magazine, she participates in the great success of popular psychology in the media. Now in Le Figaro, she is in charge of the weekly "Psycho-health" page. However, poetry has not said its last word. For ten years, the journalist has immersed herself into the passion of Haiku. This nano-poem of Japanese origin intrigues and interests her for its informative and existential power. 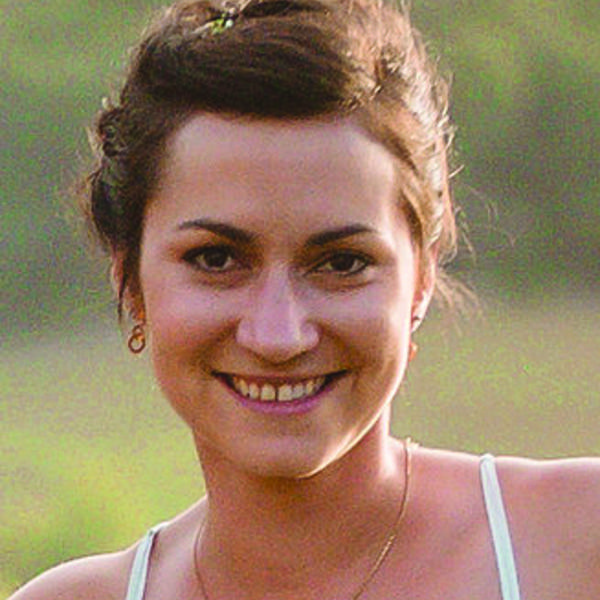