Switch it up and step out of your comfort zone.

Consider the other option, explore new ideas and discover your full potential. This is the year of young people, so let’s seize this opportunity and celebrate our generation.

We invite you to join us at TEDxYouth@Glasgow 2018 to uncover the best and brightest ideas and innovations. Be part of an inspirational day, attended and watched by curious individuals from across the globe.

Adam Purvis Cofounder of FutureX, his latest venture, has had one of the most significant impacts as an individual on how the Scottish Government supports entrepreneurship, startups and innovation over the last 5 years. Wired into the Scottish entrepreneurial scene, Adam serves as the convener of the CAN DO Forum, on the MSc E&I Innovation Board of University of Edinburgh Business School, the Advisory Board of Napier University Business School and is a passionate and vocal advocate of the business for good movement. Having supported the growth of a global network of mission driven entrepreneurs over the past 7 years Adam's focus has moved to the systems in which they operate, taking everything he has learnt from the greatest doers on the planet who have humanity in their heart, and applying that to the systems that we all operate in today.

Basit Rashid is a man on a mission to help as many people actualize their inherent potential. Basit openly shares his life story and the lessons he learned through testing on himself over the last decade whilst battling Crohn's disease, depression, anxiety and suicidal thoughts. At its core, Basit’s purpose is to share his mindset where you take full accountability for your life and look within for long-term solutions: This is encapsulated in his one word “Self”. When not trying to save lives, Basit can be found daydreaming about pizza and Disneyland, reading, planning his next adventure or relaxing with his team. When you approach him be forewarned that if you mention personal development or mindset, you will be talking with him for hours.

Chris Andrews is a social educator and musician who uses storytelling to shed light on what exists beyond distraction. In an age of hyper-stimulation Chris believes there is no skill more critical in our pursuit of truth and purpose than our ability to step out of the noise and into ourselves. While our devices are wonderful tools, he calls for mindful technology and digital consciousness. In 2016 he walked alone from Washington D.C. to Los Angeles to research our relationship with technology. After the journey, Chris has told his story by releasing an album of music, producing a short documentary and writing a book. Today, his work continues to reveal that beneath our distraction lies a deep craving for connection to ourselves, our community and the world we live in.

Dr Diahanne Rhiney BCAe has developed groups, presented workshops and spoken extensively on self-esteem, body issues, children in care, abuse, emotional well-being and healthy relationships. She is a long time ambassador for the rights, safety and well-being of young people. Diahanne has fought for women and children's rights in the House of Commons and provides training for foster carers on the challenges of online grooming, CSE, intimate partner abuse, domestic abuse, challenging behaviour and trauma. Last year Dr Rhiney and her team formed an All-Party Parliamentary Group (APPG) to have healthy relationships taught as compulsory in all UK schools - in March of this year, the government announced this ground-breaking change to the Children and Social Work Bill.

Dr. Hazel Wallace is the woman behind The Food Medic - a product of who she is and what she is doing; a practicing doctor with a special interest in nutrition, and a qualified personal trainer. Hazel created The Food Medic blog in 2013, when she was at university, to help educate and inspire herself to become a healthier, and a stronger person. She soon realised that there was a lot more value in what she was doing than simply for herself, and wanted to share her message with her patients, and those around her, to help improve the health of many people, both inside and outside of the hospital. Hazel works with other doctors and encourage them to think outside the pillbox when it comes to managing lifestyle related diseases such as; type 2 diabetes, high blood pressure, and cardiovascular disease – the largest killers and percentage of our workload here in the NHS and across the world.

Kelly is a dedicated and passionate advocate for diversity in fashion with the aim to dismiss society’s preconceptions about disability and to change the beauty ideal. Kelly is listed in the Power 100 – Britain’s most influential people with a disability and is devoted to motivating future generations. Over the course of her career Kelly has worked hard to offer inspiration to those who need to develop confidence. She has spread her message of diversity and drive internationally and across various cultures and social movements. Kelly’s CV includes: Britain’s Missing Top Model – Winner, P&G Beauty Vision House in Beijing, Debenhams, ‘Think New’ Oslo City, Gok Wan’s “Gokette” in two series of the ever-popular television show ‘How To Look Good Naked’, Pakistani Fashion Week, Celebrity Ready Steady Cook, Marie Claire UK, Marie Claire China, DIVA, Glamour, Teatum Jones for London Fashion Week, Hey Girl Magazine, LAPP The Brand, Simply Be, Lost Village Festival, Liberty Festival and Kelly starred as lead Actress in Channel 4’s I’m Spazticus. Kelly has supported numerous organisations over the years such as: REACH, Action For Children, Disability Confident, Parallel London, Park Avenue Disability Resource Centre (hosted an inclusive fashion show for service users), Shape Arts, London Book Fair as part of their Equal Measures Event (speaker), London College of Fashion ‘Better Lives Seminar’ – Speaker on ‘Ableism in Fashion’, Mines Advisory Group and United Response. Kelly is currently on the advisory panel for ‘Be Real’ Body Confidence Campaign. In August 2016, Kelly was shortlisted as Celebrity of the Year at the National Diversity Awards. In addition, Kelly is a regular blogger for the Huffington Post UK.

On Tuesday 16th May 2017, at 4:45am, in temperatures of minus 35°C, Mollie Hughes successfully reached the summit of Mount Everest from the North side. This was Mollie's second time standing on top of the world having already summited the South side of Everest in 2012. Achieving this feat at the age of 26 made her the youngest woman in the world and the first English woman to successfully summit from both the north and south sides of the world’s highest mountain. Mollie first fell in love with the mountains at the age of 17 when she joined a school expedition to climb Mount Kenya. Mollie has climbed in the Indian Himalayas, the Nepalese Himalayas, Volcanoes of Ecuador, North and East Africa and has spent much time in the European Alps and of course the mountains of the UK.

Being a young carer made life a constant struggle for 21-year-old Reece, who grew up in Glasgow. Struggling to cope, he became violent and aggressive and ended up fighting at weekends and getting in trouble with the law. Low in confidence and feeling suicidal, Recce had lost his way and had given up on his future. Since being involved in The Prince’s Trust, Reece has successfully challenged the criteria around Disclosures and working with vulnerable groups. He has secured a place at college studying social sciences with a view to becoming a Mental Health Support Worker. He has made so many positive steps in such a short time and continues to make strides in his personal development, he volunteers at the Trust and represents and speaks on their behalf with politicians at events as one of their Young Ambassadors.

SambaYaBamba offer a thunderous live music experience that audiences will never forget. This formidable outfit consists of a 25-piece drum Bateria, a stomping brass section, and boundless energy. Infectious Brazilian rhythms fuse with ska, hip-hop, funk and reggae to create an inimitable sound. SYB has been raising the roof throughout Scotland and across Europe for over 15 years now, but Glasgow is the home and heart of the band. The band’s reputation and success keep on growing. 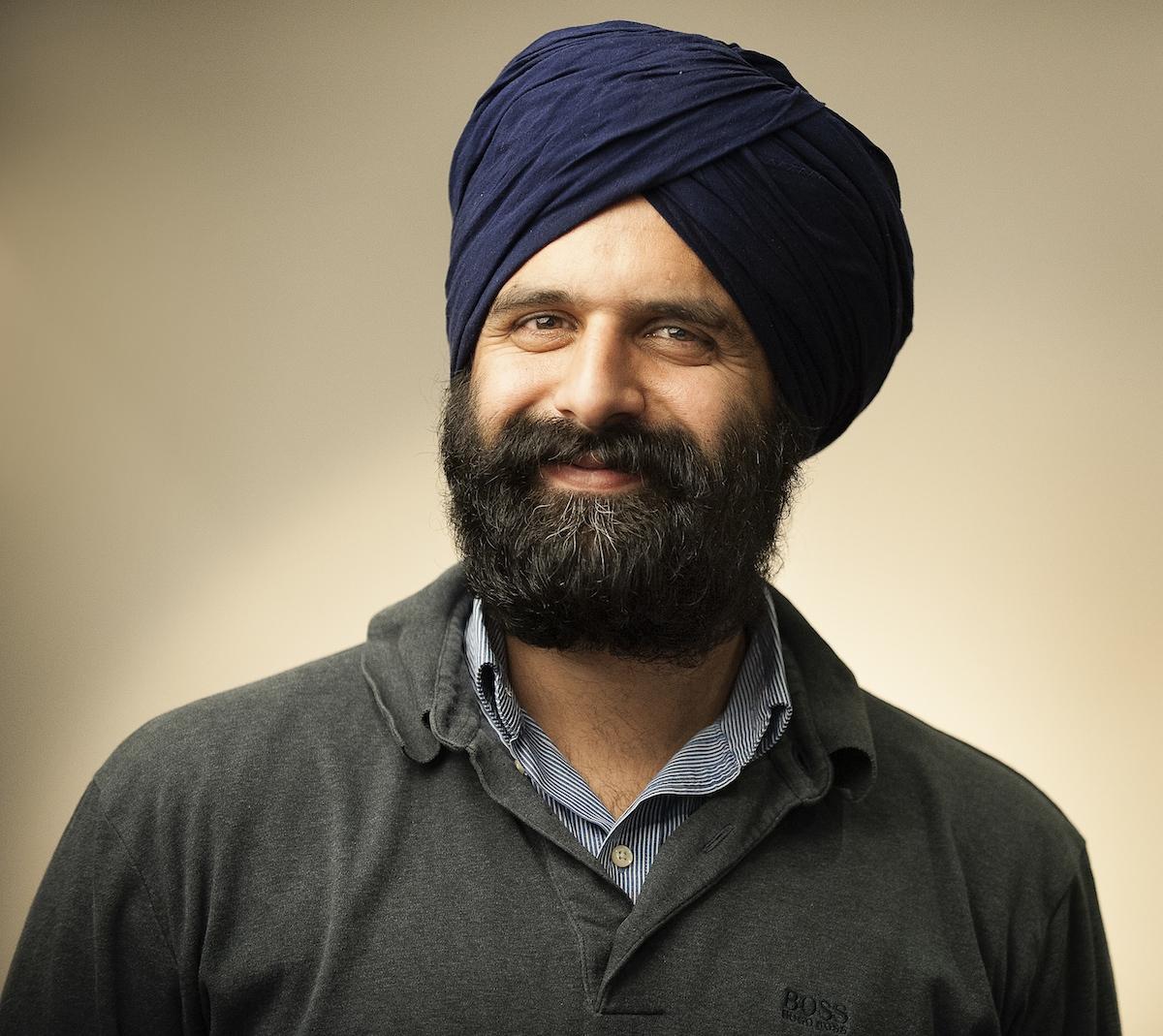