A century ago, the U.S. entered World War I, then commonly known as “The War to End All Wars.” Spoiler alert: It wasn’t.

Sixty years ago, many Black Americans were barred from voting, and no one could fathom the day when the U.S. would elect an African American president.

Just a quarter century ago, we couldn’t even imagine that we would gain access to nearly the entire sum of human knowledge via a device small enough to fit in a pocket.

We couldn’t imagine it because we so often forget a simple maxim of human existence: Everything Changes.

In this context, we have chosen Everything Changes is the theme of TEDxOmaha 2017. Our ability to change and adapt to our ever churning lives make us uniquely human.

Dieudonne Manirakiza is the director of the Umoja Choir. The Omaha choir’s members are resettled refugees, many of whom came here from Burundi, The Congo, Rwanda, Tanzania, Uganda and Zambia. The Umojia Choir performs in several languages, singing songs focused on the same idea as the choir’s name — umoja is the Swahili word for unity.

Feroz Mohmand rose from being a refugee within his home country of Afghanistan to become press coordinator for Afghanistan’s president, Hamid Karzai. He was also a liaison officer between embassies, NATO, and the international media. He, spouse Gharghashta “G” Katawazai and their family became refugees after he uncovered a plot against American diplomats and military officers. Today, military officers knowledgeable of this plot believe Mohmand’s actions saved American lives. After a long and difficult journey, the Mohmand family relocated to Nebraska. Mohmand now works as an IT coordinator for the AOI Coroporation.

Gharghashta “G” Katawazai is the youngest person ever elected to the Parliament of Afghanistan. She subsequently served as the first female government spokesperson on public policy issues. Katawazi has been an international panelist on women’s rights issues. She spearheaded efforts to build several schools for girls and a hospital for women in her home province in Afghanistan.

Keegan Korf is a lead teacher of digital citizenship for the Omaha Public Schools and Common Sense Media. She works in Omaha and across Nebraska, talking to students, teachers, parents and community members about digital citizenship, media literacy and empowering children to use technology to its full potential. Korf believes that every person has both the right and the freedom to define themselves online and IRL (in real life) regardless of how they have been defined by others or how they have been defined in the past. She believes that it is the responsibility of educators, parents, and all other adults to guide children toward positive and authentic self-representation in online spaces. Korf has a master of arts degree from the College of Saint Mary and a master of education degree from Midland University.

Lydia Kang is an internal medicine physician at the University of Nebraska Medical Center. She graduated from Columbia University and New York University School of Medicine. Kang is also the author of historical, young adult and non-fiction books. Those books include: “Quackery: A Brief History of the Worst Ways to Cure Everything” (co-authored with Nate Pedersen) as well as “A Beautiful Poison” and “The November Girl.”

Melani Luedtke-Taylor is a corporate event planner for IBM and a master-certified coach. She graduated with her MBA from Nebraska Wesleyan University. Luedtke-Taylor has held many titles in her career and life: Adjunct teacher, master coach, event manager, foster mom, daughter, sister, volunteer. However, she believes none is more important than being a mother to two beautiful and independent teenage girls and a wife for more than 20 years.

Sharon Robino-West is a Marine Corps veteran and a writer. She is also a survivor of military sexual trauma and domestic violence. She believes it important to share her experiences, and explain how writing has helped her and other veterans heal. Robino-West has worked as a peer support specialist for veterans, run support groups for survivors of sexual assault and worked as a program manager for the At Ease program. She also created a program for women veterans in Nebraska. She was part of the first veterans’ block of the Douglas County Jail, where she spent time with the jailed veterans twice a week.

Shelley Henderson is the national diversity and inclusion manager for FIRST—For Inspiration and Recognition of Science and Technology. She has spent nearly a quarter-century working as a youth development specialist, certified teacher, non-profit executive, university program coordinator, adjunct professor, community organizer and public policy advocate. Henderson is leading a regional implementation of My Brother’s Keeper in the Heartland, serving as a lead facilitator and point of contact for the White House. Henderson earned her bachelor’s degree in secondary education and her master’s degree in educational administration from the University of Nebraska at Omaha. She is working on her doctoral degree in diversity & equity in education at the University of Illinois Urbana-Champaign. During her career, Henderson has worked to equip adults so they can address inequity and advance social justice.

Sumeet Jain is a co-founder of Omaha Code School and a co-founder of the Big Wheel Brigade, a software development company. Jain is a web developer and educator now focusing on engineering bridges between various groups, like designers and coders, managers and employees and experts and students. Jain has begun a broader project on connecting people on different sides of the political spectrum. 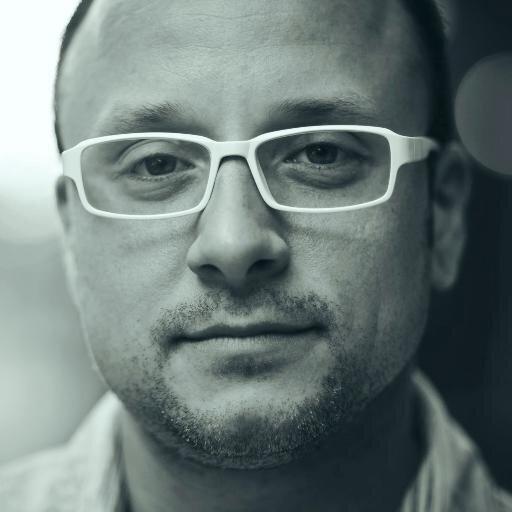