Büşra Ün was born in Izmir. At the age of six-and-half-months, her parents noticed that she has no feeling at her feet. She was diagnosed with neuroblastoma having a malignant tumor in her right abdomen. After one-and-half-year-long chemotherapy and two surgeries, the tumor was removed. However, due to damaged nerves, she became paraplegic. Currently, she is a student of sport management at Ege University in Izmir. She began with table tennis playing, and then switched over to wheelchair tennis in February 2009 as she was studying in the high school's fourth grade in Buca. She plays right handed. She is Turkish champion in the women's and junior's category. In 2010, she won the Balkan Championship. She is on the third place in the world's under-18 ranking. In the world's list, she climbed up to the 30th place. Büşra obtained a quota spot at the 2016 Summer Paralympics. She is so the first ever Turkish wheelchair tennis player to represent her country at the Paralympics.

Ertugrul Belen founded Business Networking Academy in order to support professionals and entrepreneurs improve result-driven and effective business relations, and determine strategies towards their network in the light of their respective goals. Describing Networking as the Art of Meeting, Referring and Getting Known™, Belen has instructed various international companies, BIST 100 Turkey’s top listed organizations and more than 50 thousand professionals and entrepreneurs worldwide, as part of the copyrighted Networking courses and quick meeting sessions titled Speed Networking™, a 'first' in Turkey and the region. In addition to offering Networking courses, Speed Networking™ practices and the CEO Networking program, Belen is the author of the best selling "Networking: The Art of Meeting, Referring and Getting Known" and "The Golden Rules of Entrepreneurship". He continues to publish Networking articles on a regular basis. Providing Networking courses in English and Turkish, he is a graduate of Galatasaray High School and University of Wisconsin. Networking projects developed and executed by Belen have been recognized by various national and international awards.

Gökmen Güven, who started his career in university life as a student at ODTÜ Computer Engineering, and worked in different projects at Microsoft and Turkcell and at the same time he was. Because of his sensitivity to society and the environment, he worked in many non-governmental organizations and have undertaken important responsibilities in United Nations, Lions, Rotary since his high school years. In the last five years, he worked in Unilever Supply Chain in different areas of Demand Planning, Strategic Planning and Purchasing, working in all categories (personal care, housekeeping, food and ice cream) in which Unilever operates and at the same time working for Unilever Sustainable Living Plan continued the founder chairmanship of the Executive Board for two years. Gökmen Güven, who has been carrying out academic studies in many subjects related to sustainability at first with his graduate program in Marmara University Environmental Sciences, has been transferring the knowledge and experiences he has gained in professional life to audiences from different perspectives and platforms. With the vision and knowledge he gained from Unilever, he has participated in the Fazla Gıda management team, the only Turkish social enterprise which support the United Nations 2030 Sustainable Development Goals, in order to further his work in the area of sustainability and in particular to advance his experiences in the supply chain.

Prof Rana Sanyal graduated from Bogazici University in 1994 with a B.S. degree in Chemical Engineering. She continued her studies at Boston University on synthetic organic chemistry and received her Ph.D. degree in Chemistry. After her PhD, she worked as a research scientist in Amgen Inc., Thousand Oaks, California, where she gained extensive experience in protein therapeutics. Since 2004, she is a faculty member at the Department of Chemistry at Bogazici University. Her current research interests include targeted drug delivery agents including ADCs for cancer chemotherapy and preparation of novel materials for biomedical applications (https://sanyalgroup.boun.edu.tr/). She has received L'Oréal Turkey for Women in Science, Novartis Pharmaceutical and Medicinal Chemistry Drug Design and Turkish National Academy of Sciences Young Investigator awards. She is an inventor or co-inventor on 26 issued patents or pending applications. Since 2013, she is the director of the Center for Life Sciences and Technologies (https://lifesci.boun.edu.tr/), an international center of excellence, at Bogazici University. Rana Sanyal is also the co-founder and chief science officer of RS Research (http://rsresearch.net/), a pharmaceutical biotechnology start-up developing novel nanomedicines, established to enable preclinical research advance to the clinic. RS Research drug delivery platform provides targeted agents with improved efficacy and better safety profiles.

Founder & President of M-GEN Future Planning Center. First and still the only Woman Futurist Keynote Speaker of Turkey. Gives conferences and lectures to “create a better future”. Trainer, moderator & business coach for executives. Designer & Curator of Future Day Graduated from the Middle East Technical University METU (ODTÜ), Department of Economics. Since 1982, she has worked as a top executive, general manager and board member in various companies and industries such as water engine manufacturing, IT, telecommunications, agriculture and livestock, and distribution of pharmaceuticals. In 2002, she was awarded as the most successful businesswoman in the IT industry. She founded M-GEN Future Planning Center in 2006 to provide future planning consultancy to people & enterprises alike. Since 2011, M-GEN also started to give Digital Agency Services. Blogger, Harvard Business Review Turkey & Platin Magazine, Hürriyet Eğitim, Yenibiris.com writer. She is ranked among top 100 female futurists in the world list (being the one and only Turkish person). She is declared as to be followed on Twitter Showing of 25 Turks. She has written the Dreamed Future (Book for Youth), Personal Planning Work Book & To Do or Not to Do Pocket Book. She gives Future Studies at ODTÜ. She is the designer & trainer of Futurism Schools at Bahçesehir, Bilgi & Kadir Has Universities. President of Turkish Futurists Association between 2009-2012 & Chairman of the Advisory Board (still). Member of World Future Society, Association of Professional Futurists, Kagider Board Member (Replacement) Publisher of The Futurist TR.

ÜMİT KARALAR was born in 1986; in Istanbul, Turkey. By 2004 began to be acquinted with the art of photography. In the year 2005 she more often studied in digital photography. Worked with varied publicity agencıes and enhanced herself in branch of digital advertising photography as a fellow always in publicity business. Graduated from Marmara Unıversity Faculty of Fine Arts; photography department. Contemporary working professionally in fashion, still-life, industrial and architectural photography studies and on her personal photography projects.

She graduated from Mimar Sinan University - Architecture in 1999. She has designed architectural and interior design projects in KOMA Architecture Agency which she co-founded in 2001. In 2008 KOMA merged with "5 Dakika" and started to give experience design services. Having co-founded Maker Çocuk (Maker Kids) Zeynep Karagöz defines herself as a PRO-MAKER. She manages projects and workshops in Turkey’s first and biggest Makerspace to expand and cultivate the Maker Movement. She is currently managing Robotel Türkiye - initially a "5 Dakika" project - which is now an official NGO that gives 3D printed hands to kids with finger and hand deformation. 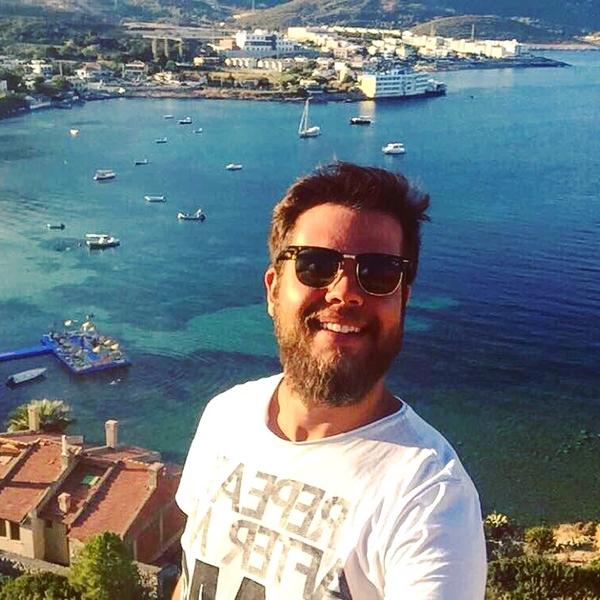 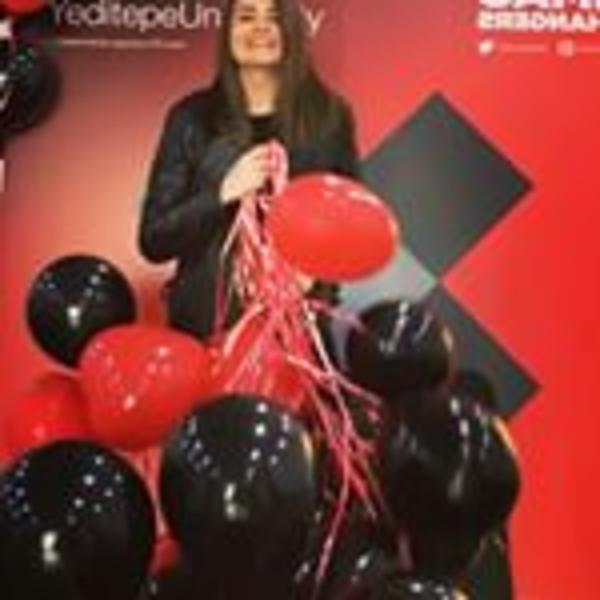