Theme: The Moonshot
What is Moonshot Thinking? The combination of a huge problem, a radical solution to that problem, and the breakthrough technology that just might make that solution possible, is the essence of a moonshot. The term “moonshot” derives from the Apollo 11 spaceflight project, which landed the first human on the moon in 1969. “Moonshot” may also reference the earlier phrase “shoot for the moon” meaning aim for a lofty target.

WELCOME TO SRI ISKANDAR
Seri Iskandar is a town and district capital of Perak Tengah in Perak, Malaysia. It is located at about 40 km southwest of Ipoh on the main Ipoh-Lumut highway. The adjacent towns are Tronoh, a once-famous mining town and Bota. Universiti Teknologi Petronas, a branch campus of Universiti Teknologi MARA and Kolej Profesional MARA are located in Seri Iskandar. Construction works for UCSI University is under progress and target to commence classes in mid 2018. The prospect of the town is looking good and will emerge as the “University Town” like Kampar.

Aleu Majok is a researcher, writer, innovator and community organizer since early teenage. He has a considerable experience from his social and humanitarian work with UN agencies and NGOs in child rights protection, relief aid administration and reintegration of internally displaced persons (IDPs) in South Sudan. He is currently a finalist student of chemical engineering at Universiti Teknologi PETRONAS, Malaysia. Aleu is the inventor of Nilerian script whose aim is to robustly aid the development, preservation and application of indi- genous languages in education and technology in South Sudan, Sudan, Nile Valley region and beyond.

Arisha Akhir, a published spoken word poet, a storyteller, and a teacher, has 2 and a half books out. 2 being volumes of poetry entitled Uncertainty (2014) and Still (2015), and the half being a chapbook (aka zine) of her spoken word pieces entitled Small, released in 2017. Apart from sharing her work on stage, she has also shared her poetry in arts exhibition in and around Kuala Lumpur, with her first solo exhibition being held in October 2015. As a storyteller, she wishes to ignite the passion of reading in the young by introducing to them the magical world of fairy tales and fiction and how they nourish the mind with ideas and imagination. Arisha teaches poetry by day and performs poetry at night, and finds the time in between to write and do laundry. Arisha is currently working on her collection of Malay poetry, entitled Rahsia, which will be released in the last quarter of 2017.

Aziph has a unique mix of corporate, start up and government leadership experience. His last post was as CEO of the Malaysian Innovation Foundation, a national level federal agency in charge of developing innovation among all levels of society in Malaysia. He was an entrepreneur for 10 years, having started up and funded several companies. In 2005, he became an InTrepreneur... a salaried employee within a government agency charged with developing the national IT industry, but still pushing the limits as an entrepreneur would.

Chris is a free-lance journalist who believes that dreams can make this contradicting world a better place, after his first backpacking in the age of 19, Chris ventured into long term news reporting on war zone, human rights and social issues. Many times of near- death experiences happened in war torn countries give him a contemplation to appreciate having a peaceful life in Malaysia. “If you’ve never experienced war and conflict, it is hardly to know how precious it is to live in peace” Chris said. While his travel to Syria and Afghanistan to cover on the conflicts news reporting three times respectively.

Datuk Dr. Anis Yusal Yusoff is an IDEAS Council Member and is the current President and Chief Executive Officer of the Malaysian Institute of Integrity (INTEGRITI). He has served over ten years at The United Nations Development Programme (UNDP) as well as at the United Nations Volunteers (UNV) Head Quarters in Bonn, Germany. He was the project leader and person responsible to develop KITA- MESRA (Malaysian Ethnic Relations Monitoring System) – an early warning system to manage potential tension and conflict among the community. He is also regularly invited by the national media as an analyst of Malaysian socio-politics to discuss areas related to corruption, money politics and ethnic relations.

David Amuthesan is a research engineer. Known for his groundbreaking work on industrial UAV for precision farming. David spent last 5 years on research in using UAV as a tool for precision farming. Co-founded Dronology, he is now working on technologies such as Agriculture 360 and Project Marié to increase yield for Malaysian Paddy Production.

Dr. Hartini Zainudin is currently the Asia School of Business’s fundraising consultant as well as UNICEF’s Partnership and Philanthropic Consultant. She was the CEO of Yayasan Siti Sapura Husin, a not for profit foundation that works with the poor and marginalized, focusing on the needs of children, the elderly and the blind. She is the co founder of Yayasan Chow Kit a 24 hour crisis center that focuses on providing marginalized children with basic needs as well as counselling and protection services , amongst others. Hartini is a member of a number of national task forces Child Protection Policy Training, on issues of Trafficking, Stateless Children and the Malaysian Adoption System aswell as on different initiatives on child’s rights and protection.

Mahaletchumy Arujanan is a Malaysian scientist. She currently works as an executive director of Malaysian Biotechnology Information Centre (MABIC). She has a bachelor degree in biochemistry and microbiology from University Putra Malaysia, and a Masters in Biotechnology and PhD in Science Communication from University of Malaya. She was listed as one of the 100 most influential people in the field of biotechnology by the 7th edition of The Scientific American Worldwide View: A Global Biotechnology Perspective Journal. She founded the country’s first biotechnology newspaper, The Petri Dish. She is a recipient of 2010 TWAS Regional Prize for Public Understanding of Science for East, Southeast Asia and Pacific Region, and has been listed as one of the prominent women in biotechnology law and regulations by Biotechnology Law Report.

Head of Product Marketing at Mindvalley, Founder at LifePlugin.com

Gautam is a Computer Engineer by education, Growth Hacker by experience and a Life Designer at heart. For past 7 yrs, he's been obsessed with trying latest studies & concepts in personal transformation in his own life, so in essence he has made himself his own guinea pig, and he calls this process "Life Designing". With his vision to create the Disneyland of Learning & Education, he runs international summits on life designing by the name of "LifePlugin Summit".

Jeff McDonald is the CTO of LuxTag, the Vice President of the NEM Foundation, and has been working as a Core Team member on the NEM project since before its launch. Jeff has been a blockchain enthusiast since 2013, and an advocate for blockchains to be used as more than just a ledger for financial transactions but instead also as a security solution for valuable and trusted information.

Jerryson is the co-founder of the STARFISH PROJECT and has been involved with Drug Rehab Centres and Educating underprivileged youths since 2009. His involvement with rehab centres started back in 1997 as part of the integration program through sports. He has been chosen as one of the STAR National Influencer for Unity 2017 and advocates for social entrepreneurs to rise up to help make the world a better place. He is also the recipient of the STAR Golden Hearts Award 2016 for his involvement in providing livelih- ood for the homeless community and jobs for the destitute.

Certified in the ICF-recognized Diploma in Workplace and Business Coaching, as well as a practitioner of the Inventory for Workplace Attitude and Motivation (iWAM), in just over five years, Lu Xanne has worked with CEOs of government-linked agencies, department heads from Malaysia’s leading banks, various MNCs and has trained youth leaders from prestigious higher institutions in Malaysia. Lu Xanne is also a sought-after Women Empowerment Speaker and a trained therapist in Rapid Transformational Therapy. She works with clients to break free from past beliefs, fears and traumas that have limited them to live out their true potential. Lu Xanne has also represented Malaysia twice in the renowned World Economic Forum 2013 and 2015 in Davos, Switzerland.

Mohd has been recognized for his achievement and has been invited to present his methods at a number of international conferences. He was one of five global winners of the Teacher at My Heart contest in 2016, and was in the top three finalists of the international TESOL Teacher of the Year award. With the Global Teacher Prize funds, he would like to equip his local schools with technologically enhanced classrooms, smartboards and adequate computers, and fund travel for his students to peninsular Malaysia for competitions and conferences.

Rajesh Nair is a Senior Lecturer and Director of ASB Innovation and Entrepreneurship Center at the Asia School of Business. He is also a Visiting Scholar at MIT-Tata Center for Technology and Design, with a focus on helping students in commercializing technologies developed at the center. He was the recipient of the Entrepreneur of the Year award from New Hampshire High Tech Council. His unique experiments in remote colleges in India have created entrepreneurs and startups from groups of students. His current personal mission is to create a thousand entrepreneurs in the next three years through the method he developed at MIT.

Rene Bernard is CEO & co-founder of "LuxTag Powered by NEM" and president of the Access Blockchain Association (Malaysia). Being an international technopreneur since 2002 with e-commerce and cybersecurity background - Rene now focuses on blockchain technology's adoption and integration.

Zaim Mohzani is a community organiser passionate about developing the next generation of leaders in Malaysia. His vision is to transform the lives of the 9 million young Malaysians aged between 15 and 30 years old through community organising. To this end, Zaim co- founded and leads the Nation Building School — a youth development non-profit organis- ation. As its Principal, he runs the ‘Guruship’ leadership incubator to educate, expose and empower youth to be community organisers. 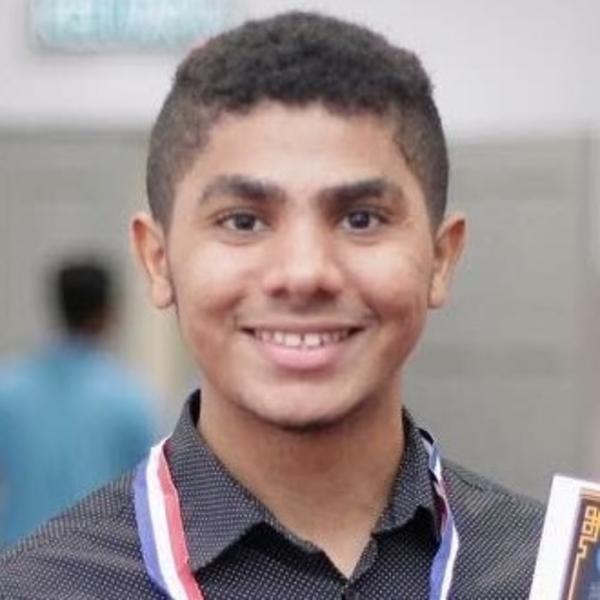 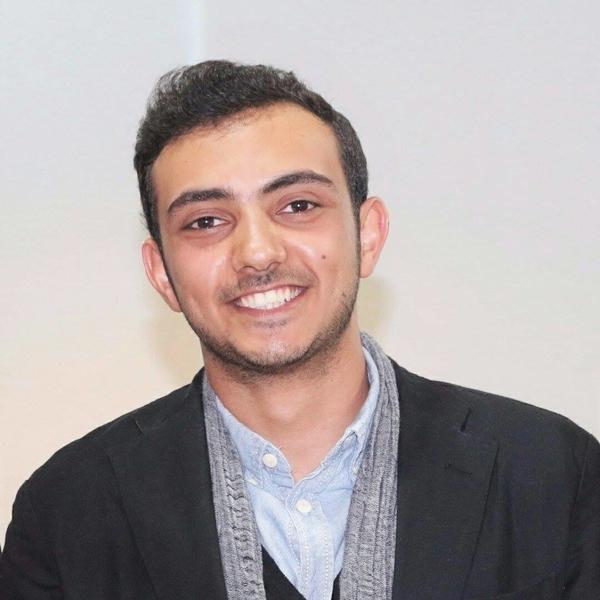