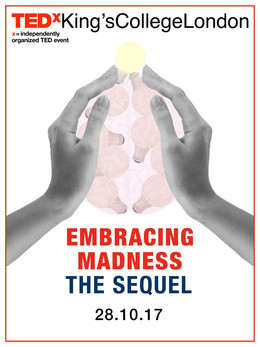 The theme “Embracing Madness”, represents TED’s entrepreneurial, adventurous and ‘daredevil' spirit. Not to mention, that neither TED nor TEDx events are afraid of addressing taboo topics or presenting ‘crazy ideas’. Like the speakers we have this year, someone who “embraces madness’ is someone who dares to dream big, pursue unique or impossible ideas or projects and thereby create beneficial impact, while others might have thought they were ‘mad’ for doing what they did

TICKETS: Tickets cannot be reserved in advance and will go on sale in September 2017.
CONTACT: tedxkclgeneral@gmail.com.

Daniel Kjellén founded Tink together with Fredrik Hedberg in 2012 based on the idea that the consumer should be empowered to make sound financial decisions. Daniel has a solid background in the financial start-up scene. In 2001, Daniel founded corporate domain name company Prodocon AB, and served as the company’s CEO for 7 years. In 2008 the company was divested to a competitor and is now a part of NetNames Group (owned by HGCapital). Daniel thereafter joined the Investment Banking Division of Carnegie, the leading Investment Bank in the Nordics, where he worked for 4 years up until he founded Tink AB in 2012.

Enrico Marone Cinzano is an Italian entrepreneur and designer. Following a career in finance and real estate development, he co-founded the sustainable fashion label Project Alabama in 2001. Project Alabama was critically acclaimed, going on to receive a nomination for the 2005 Fashion Design Award from New York’s Cooper-Hewitt museum and was named a finalist for the CFDA/Vogue Fashion Fund award. In March 2016, Marone Cinzano celebrated his premier solo-exhibition China Clean at Pearl Lam Galleries in line with Art Basel Hong Kong. Inspired by his travels in China, the collection applied traditional joinery and detailed hand-carving techniques to recycled elm wood, comprising six one-of-a-kind sculptural pieces.

George is passionate about change and transformation across retail, consumer services and business more broadly. He researches, writes and speaks about customer-first thinking, and all the cultural, technical and organisational challenges businesses face (in addition to the psychology of changing customer behaviour). He is also the co-host of the podcast series, ‘Who’s Afraid of the Big Idea?’ centred around the customer, technology and culture of our times.

Louise Winter is a progressive funeral director and the founder of modern funeral service Poetic Endings, offering funerals of style and substance, relevance and meaning throughout London and beyond. Alongside funerals, she encourages the public to explore their mortality by hosting innovative events. She’s the director of Life. Death. Whatever. – a ground-breaking and award-winning festival and community that has been established to redesign the dialogue around death and dying, life and living. Life. Death. Whatever. was awarded a Death Oscar in the Good Funeral Awards in 2017.

Mandeep is a 4th year medical student with a passion for psychiatry and music. He is taking a year out of university to explore the interplay of these fields areas in depth, academically and clinically. Today, he'll present a selection of songs describing various strains of madness through both story based and self-examination heavy lyrics.

Marine Tanguy is an advocate for artists since a young age, Marine managed her first gallery at age 21, opened her first art gallery in Los Angeles at age 23 and finally created her current business, MTArt, to promote the artists she believed in across the globe. MTArt is the first artist agency promoting influential visual artists and specialising in talent management: building, growing and accelerating their careers. Marine is a thought leader, writer and frequent speaker on contemporary art. She is a member of the Creative Industries Federation and a fellow of the RSA. Marine was listed on the Future of Women and is the London art ambassador for Oh So Arty, Airbnb and Cool Cousin.

Mat Ricardo, the ‘Gentleman Juggler’, leading specialty act of the British cabaret revival, and the UK’s most successful juggler, who always presents big laughs, serious skills, slapstick, and breathtaking spectacle. Mat Ricardo on stage is an opportunity to see genuine danger, dexterous elegance, and thrills, performed by a man at the top of his game. Since helping to spearhead the resurgence of new circus and variety in the late 1980’s, Mat has gone on to headline theatres & festivals worldwide, made numerous high profile television appearances, and has taught Henry Cavill and Jude Law his skills on location, for Hollywood roles. 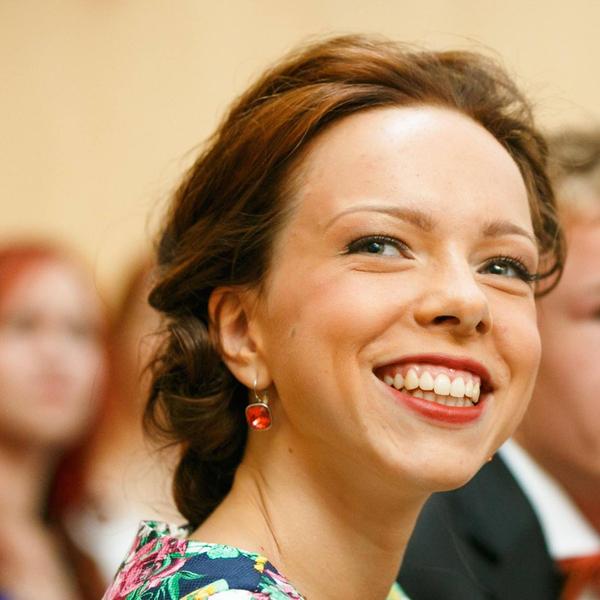 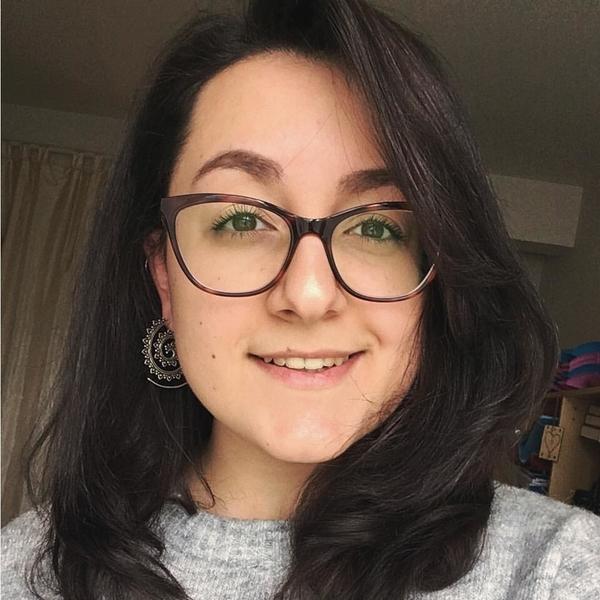