Theme: In the Arena 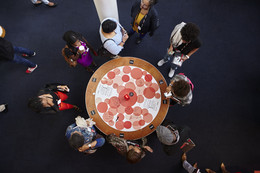 It is not the critic who counts; not the person who points out how the strong stumbles, or where the doer of deeds could have done them better. The credit belongs to the person who is actually in the arena, whose face is marred by dust and sweat and blood; who strives valiantly; who errs, who comes short again and again, because there is no effort without error and shortcoming; but who does actually strive to do the deeds; who knows great enthusiasms, the great devotions; who spends themselves in a worthy cause; who at the best knows in the end the triumph of high achievement, and who at the worst, if she fails, at least fails while daring greatly, so that his place shall never be with those cold and timid souls who neither know victory nor defeat.

As a child, Asiya S. Mohammed was always passionate about helping others less fortunate than her. This led her to work with UNICEF, USAID and the Ministry of Foreign Affairs, where she represented Trinidad and Tobago at the United Nations General Assembly on issues related to gender, human rights, and peace and security. In 2014, she founded Conflict Women, Ltd., a social business which provides free training and a monthly income to survivors of domestic and sexual violence in exchange for their hand crafted jewelry. To date Conflict Women has won the Idea2Innovation competition and the 1776 Challenge Cup Caribbean, and was selected as a grant recipient by PSI Caribbean.

What is behind the personality which selects shot put as a sport? Here are some other facts to add to the paradox; Female shot putter; from a rural village; from a national population of 1.3 million persons. What makes this person imagine their success and go on to achieve it? Cleopatra Borel is a female shot putter from Mayaro, Trinidad & Tobago. She is a 4 time Olympian and five time winner of the First Citizens Sports Foundation Sportswoman of the Year. She is Trinidad & Tobago’s first female Pan American Games gold medalist, and regularly features on the IAAF Diamond League Circuit. She has also achieved medals at the Commonwealth Games and the Central American and Caribbean (CAC) Games.

In our increasingly globalised and transient world, Felicia Chang explores how a better understanding of our past can help us build more compassionate and connected global communities. Felicia studied Biology, Chemistry and Anthropology at the University of Toronto and holds a MSc in International Health with tropED certification from various institutes in Europe. It was while researching female sexual health in Ethiopia, that she realised how important it was to examine our behaviour within the context of culture and history. She also noticed how the sharing of stories allowed people to connect in ways no other social device could.

Ingrid Lashley is the former Managing Director/Chief Executive Officer of Trinidad and Tobago Mortgage Finance Company Limited (TTMF). Prior to joining TTMF, Ingrid spent eighteen (18) years at Scotiabank in various senior positions in financial control, private banking, trusteeships and merchant banking, exiting as the General Manager of Scotiatrust and Merchant Bank Trinidad and Tobago Limited. Ms. Lashley is the holder of a Masters in Business Administration in Accounting and Finance from McGill University in Montreal, Canada and also carries the designations of Certified Public Accountant, Certified Management Accountant and Chartered Accountant. Ingrid is currently the Chairman of the Bourse Group and National Enterprises Limited, in which capacity she sits on the Boards of the Investee Companies.

Nadia Huggins is a self-taught visual artist and self-employed graphic designer. She was born in Trinidad & Tobago, grew up in Saint Vincent & the Grenadines, and has lived and worked in Saint Vincent, Saint Lucia, and Trinidad. While she has been a practicing artist for over a decade, the loss of a parent deepened her connection with visual arts where she found creative potency in the catharsis of making images. Nadia’s practice is dedicated to challenging perceptions about what the Caribbean and Caribbean photography look like. Her main preoccupation has been with the sea which she feels presents an opportunity to explore new ways of imagining ourselves.

“There is a difference between living and simply being alive”. This simple lesson helped her through her husband’s short terminal illness. She attended Bishop Anstey High School for seven years from the age of 11 years. This she regards as the first step in her becoming socially and environmentally aware, and conscious of a need to contribute to a better society. Vanessa Stewart completed her basic medical training at UWI in Jamaica and her specialist paediatric training in the United Kingdom and returned home to work in public medicine until she eventually became Head of Department at the Neonatal Intensive Care Unit at Port of Spain General Hospital where she remained until retirement in 2015. 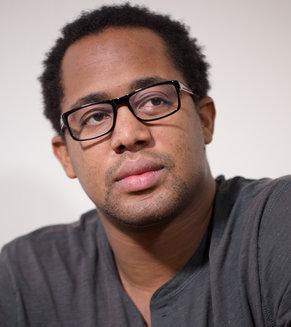 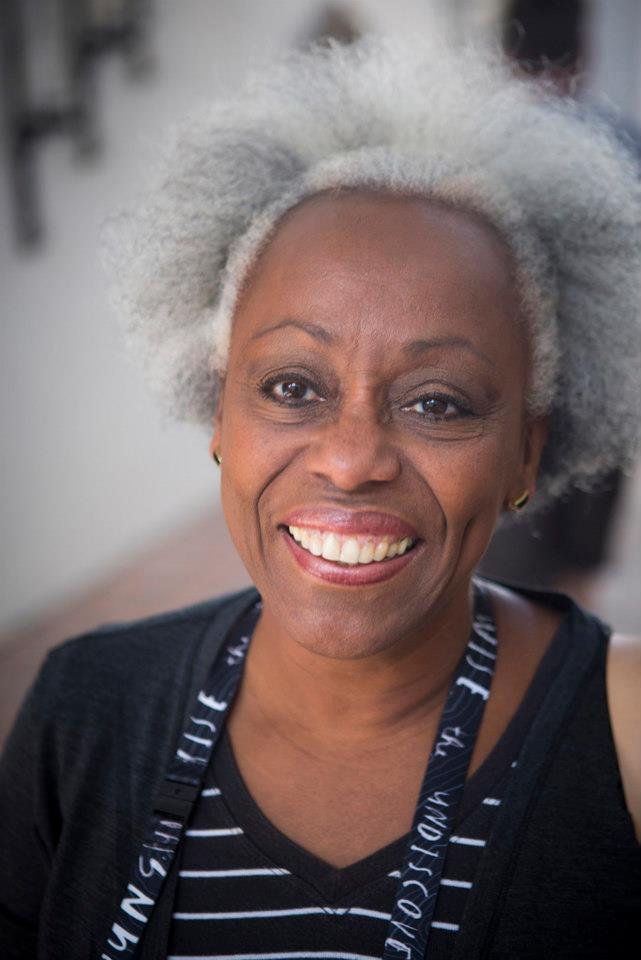