The goals of TEDxMacalesterCollege are to foster community, share in the creation of knowledge, and connect ideas to people. TEDxMacalesterCollege aims to create a platform for thinkers, visionaries, change-makers, educators, and simply people who have something to share. Macalester is committed to being a preeminent liberal arts college with an educational program known for its high standards for scholarship and its special emphasis on internationalism, multiculturalism, and service to society.

Aarohi is a senior from New Delhi, India pursuing a double major in International Studies and Japanese Language Culture. Aarohi wants to share her many thoughts and experiences with the greater Macalester community after spending a semester in Japan about what it means to study abroad as a woman of color in a country that upholds a mythic narrative of homogeneity about itself. Aarohi wants to be able to act as a resource to other women of color about to undertake similar endeavors

Graduate Assistant in the Center for Study Away

Bo is a 2017 graduate of Macalester and is currently a Graduate Assistant in the Center for Study Away and will be attending the American University of Beirut beginning January 2018. She supports Mac students seeking study away opportunities and help them reflect upon their return. Bo is dedicated to improving public health policies and systems in areas of conflict or humanitarian crisis.

Claire, a Mac graduate from '05, is a marketing and creative at Zeus Jones, in Minneapolis. She helps big companies reevaluate what they do and communicate their values and ideas to the world in new ways. She's also been a stage manager, a teacher, a college admissions reviewer, and a retail drone. Her passions include reading, cooking, and board games, and, last but not least, her husband and son.

Cuauhtémoc is an Applied Math major here at Mac and a part of the junior class. At the age of 12, he was introduced to "Math Olympiads". After participating in national and international competitions, Cuauhtémoc founded a math club in his own school. He was able to spread his math clubs to 5 other schools over the next few years. In 2015 Cuauhtémoc accepted a full-scholarship to Macalester and in his first year was awarded a $10,000 grant to continue his work with math in Mexico. In 2016, after a successful math summer program, he founded "Integracion Matematica," a non-profit organization that supports uderrserved talented students with free advanced math education and other opportunities.

Dylan is a senior at Macalester majoring in Art History and Japanese Language and Culture. Dylan is originally from South Africa but now calls Chicago home. Dylan's academic interests include languages, art, gender, race, and history.

Emmet is a senior majoring in Political Science and International Studies. He wants to speak about the role of state and local government in international politics because it's an important topic that is shaping how the U.S. relates to the rest of the world. These kinds of global connections don't just happen in Washington D.C. and in corporate board rooms, they happen all across the country, and he wants people to see the ways their local governments are connected to the world community.

Jason is the Director of the Lealtad-Suzuki Center in the Department of Multicultural Life. He is from Dallas, TX but grew up in Atlanta, GA and lived in NYC before moving to the Twin Cities. Jason struggled during a difficult time in his life around the same as a move to the Midwest. However, there was a small piece of advice he received from an old friend that changed his entire outlook and enabled him to carry on and Jason looks forward to sharing that with the Mac community.

Magdalena is junior Studio Art major from Rochester, MN returning from a year as an athlete for Team USA. Through an exploration of what it means to be driven by defeat, Magdalena looks forward to sharing her account of achieving a dream in the face of failure. It is through goals that we navigate everyday life, driving motivation and commitment. In her commitment to a lifelong passion, she asks what it means to accept a change in the perception of a goal in the process of achieving it. In her talk, exploring her experiences with turmoil and triumph, returning to campus with a fresh approach to failure and success.

Malini is a junior here at Macalester. She will be speaking about the space of the place of the mixed white-POC voice in America. Throughout her life, Malini felt forced to choose between the white and Indian parts of her identity. For the longest time, she thought this was an issue only she dealt with. It wasn't until Malini volunteered as part of the Mac orientation team that she realized many others felt the same way. She feels the need to talk about this issue on a larger scale so that people like her who thought they were alone in their struggle would realize they were not, and those not aware of this phenomenon but who play a role in it could increase their understanding.

Marian is the Assistant Director of Residential Life here at Macalester and is from Alexandria, VA. Marian says that grief is one of the hardest things to talk about. It affects us all and there is no one way to feel or work through it. It's okay to feel sad, hurt, happy, and angry all at the same time. She hopes that by sharing her story individuals experiencing grief and loss know that they are not alone.

Melisa is a sophomore here at Macalester. Melisa is an international student from Nairobi Kenya with a keen interest in community and global health. Melisa is also a rising activist eager to learn how to be of use to the changing perception of Africa.

Myhana is a senior here at Mac with a double major in Anthropology and Chinese. She is excited to speak on the lesser known subject of Women of Color studying abroad because she wants to be a resource for others. As a person of color and a woman, Myhana believes that conversations about what her body means both domestically and abroad is critical because it offers alternatives to the too often shared narratives of straight, white men

Nahla is a sophomore here at Macalester College. As a daughter of two Palestinian refugees who have used their education to become independent and help their families and communities, she strongly believes in the importance of higher education in alleviating the global refugee crisis. Nahla strongly believes that higher educational institutions have a moral role to play in helping restore confidence to the lives of refugees and has no doubt that today's refugees will be tomorrow's scientists, innovators, and builders of the new economy in the countries they will call home.

Paul '98 is a software development freelancer and processor of Computer Science at Macalester. He has created software for clients ranging from tech startups to Fortune 500s to arts nonprofits, and is passionate about sharing the creative joy of software with others. In this talk, using the example of the "Make a Bonsai" app he built with Bust Out Solutions for the Como Zoo & Conservatory, he asks, "Why do we teach computer science at a liberal arts college?"

Rae is a member of the Class of 2020 here at Macalester. They have been working for food justice and sustainability for almost a year now, with being a Sustainability Assistant for Bon App and a co-leader for the school agricultural club. Rae would like to share the knowledge that they have learned through these experiences.

Will is a neuroscience major graduating with the class of 2020. He wants to speak on hospice volunteering because it is a form of community involvement that many people are not aware of, despite it pertaining to the community's weakest members, those in the difficult transition between life and death. Will won't be speaking to seek to answer questions about what happens after death, but rather portray the dying process, in a celebration of life. 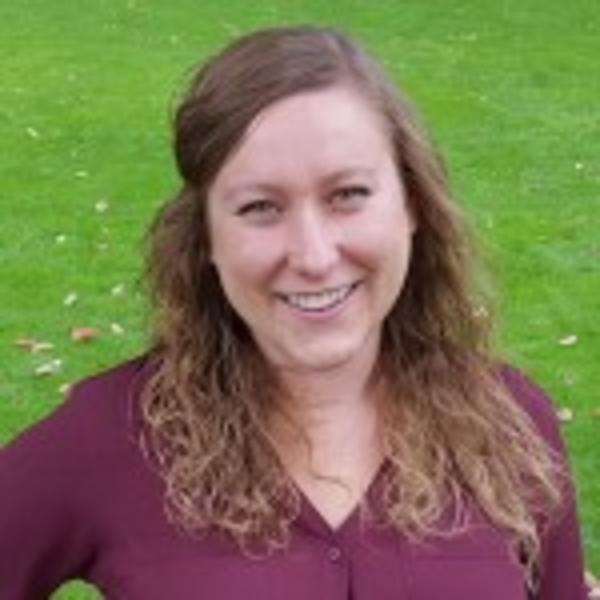