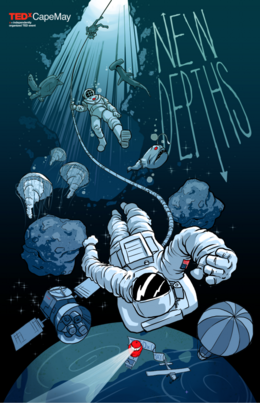 TEDxCapeMay returns for its sixth season on Sunday, October 15, 2017, to our performing arts theater with the theme "New Depths" featuring over seven outstanding presenters from a wide variety of fields. Tickets are $60 and include the full event including snacks, gifts and an open bar lunch reception at the Congress Hall Hotel. Tickets are $50 per person if registration is made before June 1, 2017.

Due to an unavoidable business conflict, Bettina cancelled her presentation this year. We invited to speak in 2018. A graduate of both Georgetown and Oxford, Bettina Warburg started her career as a political scientist and public foresight researcher at a prominent Silicon Valley think tank. Today, she has taken her skills as a researcher and scientist and is applying them toward an entrepreneurial career by co-founding a venture studio business called Animal Ventures. There, she spends most of her time incubating new startup ideas, advising Fortune 500 clients, governments and universities in developing minimum viable products, and strategizing around blockchain, artificial intelligence, industrial internet of things and digital platforms.

Conservation Biologist Blaine Rothauser is a Senior Natural Resource Specialist and Conservation Biologist with GZA GeoEnvironmental, Inc., a nationally recognized environmental consulting firm. He is also a professional wildlife photographer whose images have graced the pages of natural history magazines, books, corporate reports and calendars. Blaine works extensively in New Jersey on conservation management planning and design, threatened and endangered (T&E) species analysis, regulatory permitting, bio-ecologic inventories, and environmental impact studies. In addition to 26 years as a professional ecologist, Blaine brings a passion for his home state’s iconic natural history which he readily shares in captivating and visually-rich presentations to everyone from corporate to community groups to students.

This year’s Lower Cape May Regional High School student TEDxCapeMay talk will be given by Cape May resident Carlie Eckel. Carli breaks the small town mold, and is a huge believer in being yourself, and being confident in who you are as a person. Carlie has competed in nine triathlons since the age of fourteen and plans on competing in a half ironman next September. She plans on becoming a high school art teacher so she can spread “spirit and enthusiasm to more generations.”

Daryl Davis is an American R&B and blues musician, author, actor and bandleader, known for his energetic style of Boogie-woogie piano. Davis has played with such musicians as Chuck Berry, Jerry Lee Lewis, B.B. King, Bruce Hornsby, and Bill Clinton. His efforts to improve race relations, in which as an African-American he engaged with members of the Ku Klux Klan (KKK), have been reported on by media such as CNN and the Washington Post. Davis summed up his advice as: "Establish dialogue. When two enemies are talking, they're not fighting.   Daryl  received rave reviews for his stage roles in William Saroyan’s The Time Of Your Life with a famed cast of Marcia Gay Harden, Brigid Cleary, Richard Bauer, Dion Anderson, and Henry Strozier. Daviwas a key player in Elvis Mania which was extended by twmonths due to popular demand in New York City at an off-Broadway theatre.

Dr. Gordon Chiu is a visionary, an inventor, an entrepreneur, a public speaker, a lecturer, a corporate advisor, a husband, a father and an educator. As an entrepreneur, he is known as "an execution driven businessman". As an inventor, he has a series of patents and collaborations with multiple universities in several countries. He gave his first Tedx talk in 2014 in the field of graphene and identified that the lack of creativity in education and teamwork amongst governments is a threat to graphene's success within this century. Dr. Gordon Chiu is engaged in the discovery and research of graphene at a variety of globally acclaimed academic institutions. He is the founding partner of Grafoid Inc. As one who is interested in blending technology, science and cutting edge knowledge to create breakthroughs around the world, his skills range from a former research scientist at Pfizer and Merck & Co. to solid business links with Wall Street and Asia.

Regina Asmutis-Silvia is the Executive Director and Senior Biologist for Whale and Dolphin Conservation- North America. She has undergraduate degrees in biology and chemistry and a graduate degree in biology. She has been active in whale research, conservation and education since 1990. Regina currently sits on the federally appointed Atlantic Large Whale, Harbor Porpoise, Bottlenose Dolphin, and Atlantic Trawl Gear Take Reduction Teams.

Richard Lee serves as a Director of Church Mobilization for International Justice Mission. This role affords him the opportunity to equip churches and communities by sharing the biblical call to seek justice, introducing them to IJM’s work, and mobilizing them to engage in both local and global ministry. Previously, Richard served as Campus Pastor at Liquid Church at their fastest-growing campus in Mountainside, New Jersey. Prior to that, he served as Lead Pastor at Bethany Well Church. He also started and led 2 networks for pastors, providing accountability and encouragement for local pastors. In addition, Richard has served as a Missions Field Director and Team Leader for missions trips around the globe, including trips to Mexico, China, and Ukraine. He is available to speak at church engagements, anti-human trafficking groups, and a variety of conferences.

Sarah Stevenson is a thought-leader in the emerging immersive technologies and artificial intelligence space. She leads partnerships for Live Planet, an end-to-end virtual reality distribution system created by the founder of CNET and facilitates AI research for KurzweilAI Network owned by Ray Kurzweil, Director of Engineering at Google. Previously, she co-founded a full-service 360 video production company, REVRIE Immersive; led strategic partnerships for VRLA, the world’s largest virtual and augmented reality expo; was a LaunchPad Fellow at Oculus; served as AES Session Chair for the first Audio for VR conference; and has consulted on the subject of emerging technologies to clients such as Spotify, The Economist, Mercedes-Benz, BMW, DCTV and NYU. She founded Women in VR/AR NYC and DC in 2015.

Originally from South Jersey, Vanessa's life and recovery is based in North Jersey where she now resides. With a degree in communications and public relations, Vanessa understands the importance of connection and of forging strong relationships in all aspects of life. She is a strong advocate for addiction and recovery working very closely with the Governor Christies office on the ReachNJ campaign as well as with the President's task force combating addiction. She has found her purpose through the process of recovery which is to spread the hope she has found to others. “The best way to find yourself is to lose yourself in the service of others.” -Gandhi

Wyclef Jean is an accomplished musician, skilled producer, dedicated humanitarian and Haitian refugee. Jean has sold over 100 million albums, has received three Grammy Awards® and knows how to play seven instruments. Jean formed legendary Hip Hop group the Fugees. Wyclef has evolved an iconic catalogue of hits such as "Gone Till November", "Hips Don't Lie" and "Sweetest Girl" and produced award winning hits for artists such as Carlos Santana and Whitney Houston. Wyclef's latest EP J'ouvert has accumulated over 100 million streams worldwide. His first album in eight years, Carnival III: The Fall and Rise of a Refugee, drops September 15, 2017. Even after raising to international fame, Jean has never forgotten where he’s come from. Wyclef has a deep sense of Haitian pride as well as a passion for public service and social activism. Wyclef has been activist for many causes as well as a big supporter of his homeland. 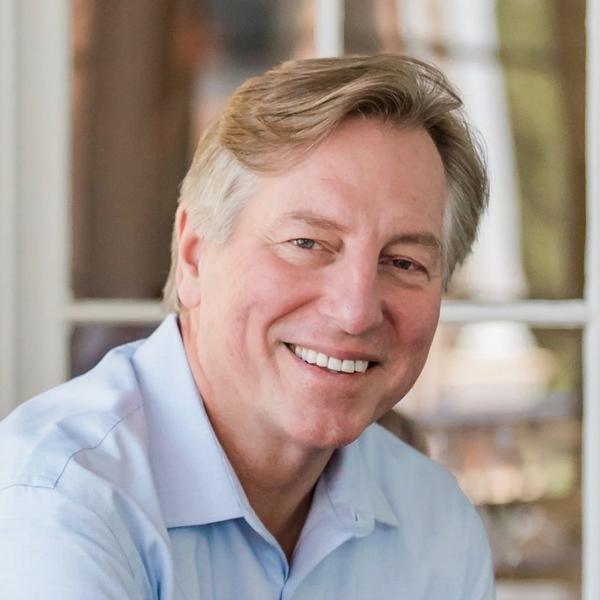