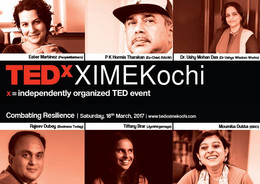 About TEDxXIMEKochi
Ideas worth spreading is the spirit of TED. An Idea evolves when we embed it in our lives. When we do this, we embrace change and ultimately champion change. TEDxXIMEKochi aims to enable this by breaking conventions and making us rethink our realities. Only then shall we brace to alter ourselves and our reality. Combat Resilience, Embrace and Champion Change

Dr. Manoj Varghese currently serves as the Director at Xavier Institute of Management and Entrepreneurship (XIME), Kochi and Chief Mentor at Eastern Condiments Private Ltd. He has close to two decades of work experience of which the last ten years were with Google and Facebook at a Director level. Dr. Varghese, served as Director for Facebook India with the key responsibility of setting up Facebook India operations. In his earlier job, he was Head of HR for Google (Japan and Asia Pacific) based in Singapore.

The creator of the widely acclaimed brand “The Mind Workshop”, she is the founder CEO and Principal Coach at Dr Ushy’s Wisdom Works. She is the regional head, IHRO for the States of Karnataka, Kerala, Andhra Pradesh, and Tamil Nadu. Formerly the Dean of KIMS Hospital, Bangalore, the Vice Chair person of the National Women’s Dental Council, she has been a mentor to many students and faculty across the globe. She is a specialist on board the advisory of women planet.com. Her passions include cooking, sports and music besides reading and writing. She also loves animals and does volunteering work to protect nature.

Mr. P. K. Hormis Tharakan , a 1968 batch Indian Police Service officer, served the country with distinction for 39 years. Mr.Tharakan is native to the Parayil family in Olavipe, Kerala. He served as the chief of the Research and Analysis wing (R&AW), India from February 1, 2005 to January 31, 2007 where he revamped the functioning in a subtle and effective way. His glories include being the former Director General of the Kerala Police and also one of the advisors to the governor of Karnataka, when the state was brought under the President's rule prior to Assembly elections in the state in 2008. He is indeed a man of courage and values.

Mr. Rajeev Dubey, is currently the Managing Editor at Business Today. As the wave of change sweeps business, economy and society like never before, Business Today has ensured that its readers have all the necessary upgrades to challenge tomorrow. Prior to this he was associated with the Businessworld. Mr. Dubey did his graduation from the University of Delhi and later pursued Law. A man of immense calibre, surely holds the skills for a riveting session !

She holds a Postgraduate degree in HRM from EADA (Spain) and a Master’s Degree in Management from ISB, Hyderabad. Until 2008, she worked as a professional manager with a host of Blue Chip companies, like HP and TCS. In 2009, Ester decided to come to India and work on developing India centric data on talent management, leadership and HR, seeing the absence of any such research content could be referred by CEOs & HR heads. This spurred her idea to start People Matters, a magazine that aims to provide practical aspects of managing, developing and coaching talent in India. What started as a magazine, emerged as India’s single point of reference for knowledge in HR industry in just 6 years. Ester is very active in various HR and Business forums in India and Internationally.

One fine day, when Moumita was reading about India’s first lunar probe, Chandrayaan 1, in the Anandabazar Patrika in her hometown of Kolkata, she thought ‘How lucky those people are to have the opportunity to be part of this!’ Fast forward to 2015, and Dutta became one of the top ISRO scientists, part of a team that worked on India’s acclaimed Mars Orbiter Mission.

Tiffany Brar is an Indian social worker, and founder of Jyothirgamaya a mobile blind school which trains the blind at their door step. Being blind since birth, she has faced and successfully overcome several challenges which have given her the necessary drive to start Jyothirgamaya. Receiver of the Kerala State disability Award in 2012 and Rotary International for the sake of honour Award in 2015. She is a graduate of English literature, and has a teachers training degree in special education (visual impairment), from Ramakrishna mission Vivekananda University. 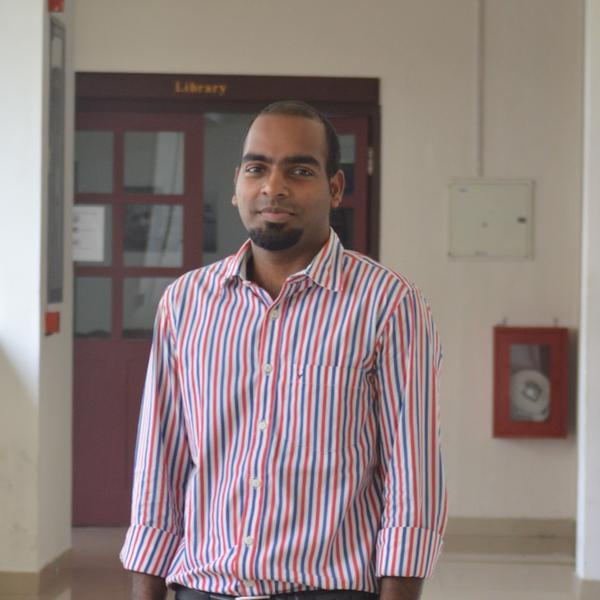 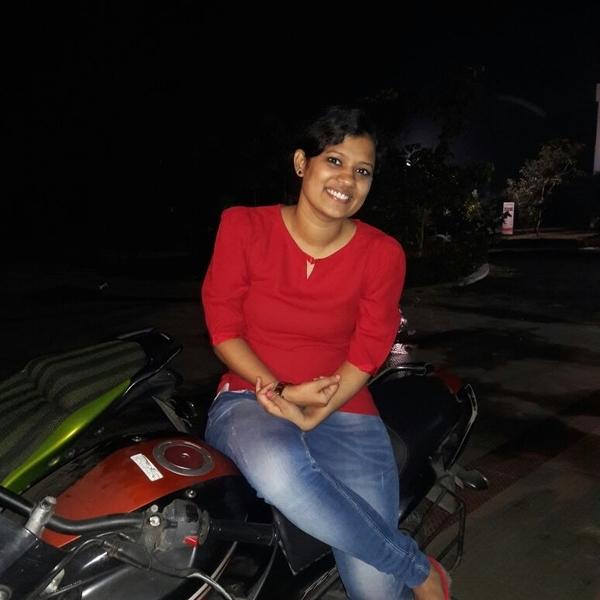