Cevin Soling is a writer, scholar, music producer and award-winning filmmaker with graduate degrees from Harvard University in English and education. He has produced and directed seven feature-length films including the first theatrically released documentary on education, The War on Kids, which shows how American public schools have become modeled after prisons as a result of a burgeoning intolerance of youth. His writings have appeared in Forbes, The Atlantic, Wired, The Daily Beast and other outlets. He was a featured guest on The Colbert Report, The Kennedy Show and The Dr. Nancy Show, and his films have been broadcast on HBO, Showtime, The BBC, PBS, MTV, The Sundance Channel, The Documentary Channel and The Learning Channel. He authored The Student Resistance Handbook, which provides students with information on tactics designed to undermine the operation of their schools.

Chris Koch was born in the small farming and ranching community of Nanton in Alberta, Canada. Despite being born without arms and legs, it’s an understatement to say that he has lived a full and active life. Growing up, he helped on the family farm and participated in sports including baseball, soccer and snowboarding. In recent years, Koch has shared his story around the world, spreading his message of “If I Can…” encouraging others to make the most out of life regardless of their situation. He constantly seeks out new adventures and challenges, conveying his message by example. He has traveled the globe extensively, often solo, crossing off bucket-list items including bungee-jumping and swimming with sharks. Koch has also embarked on several fundraising challenges that include climbing all 1,776 stairs of the CN Tower and completing the Calgary Marathon. The best part is, there is much more to come.

Ellyn Kaschak is an internationally acclaimed and award-winning psychologist, author and professor emerita of psychology at San Jose State University in California. Well-known as a public speaker, feminist and human rights advocate, she is one of the founders of the fields of feminist and multi-cultural psychology. She has been the editor in chief of the journal Women & Therapy for 20 years, has published numerous articles and 12 anthologies, as well as the ground-breaking Engendered Lives: A New Psychology of Women’s Experience and Sight Unseen: Gender and Race through Blind Eyes. She also writes a blog on gender and psychology for Psychology Today. Fluent in Spanish, she lives in Costa Rica, where she teaches in the Gender and Peacekeeping Program at the United Nations campus of the University for Peace.

Eric Butorac has competed on the ATP tour for the past decade, winning 18 ATP doubles titles along the way. He reached the finals of the 2014 Australian Open and the semi-finals in mixed doubles for both the French and U.S. Open. He has career doubles wins over Rafael Nadal, Andy Murray, Stan Wawrinka and the Bryan brothers. He spent eight years on the ATP Player Council, and in 2014, succeeded Roger Federer as president. A three-time Intercollegiate Tennis Association (ITA) All-American while playing for Gustavus Adolphus College, Butorac won the NCAA DIII singles and doubles championships as well as the 2003 National Arthur Ashe Sportsmanship Award. He also spent four seasons as the volunteer assistant coach at Harvard University. Butorac retired from tennis at the 2016 U.S. Open and is now the director of player relations and pro tennis operations for the United States Tennis Association.

Gunnar Garfors is one of a very few to have visited every country in the world. More people have been in space. Born in Hammerfest, Norway, the world's northernmost city, he and six brothers and sisters grew up on the wild and stunningly beautiful Norwegian West Coast. He holds several travel world records, i.e. visiting five continents in a single day and going to 22 U.S. states in 24 hours. He often presents on traveling at international conferences and is regularly seen debating media issues at broadcasting events. Originally a journalist, he now works with DAB+ digital radio for the Norwegian Broadcasting Corporation and hosts travel segments on Norway's biggest radio show. He authored How I Ran Out of Countries, a best-selling book about his adventures to “everywhere.” He’s on social media as @garfors.

Mollie Teitelbaum is a senior at Binghamton University, majoring in philosophy and comparative literature. The concept for her TED talk was developed for her honors thesis in philosophy that was defended last semester. When she is not philosophizing, she can be found on the stage or behind the scenes, acting and directing on campus. For two years, she has served on the executive board of the Hinman Production Company, a student-run theater group. In her spare time, she enjoys debating theology, playing guitar poorly, and showing off pictures of her niece and nephew. Graduating in three years, she plans to use the “fourth year,” prior to enrolling in law school, to do volunteer work in Israel and East Asia. She hopes to pursue the growing field of implicit bias professionally, through research and advocacy, to further enhance the equity of our judicial system.

Ranier Maningding is a Filipino-American advertising copywriter and writer for The Love Life of an Asian Guy (LLAG), a growing social media platform for race, politics and pop culture. Created in 2008, LLAG started as a Wordpress blog for Maningding to debunk myths about Asian male identities and stereotypes through candid stories about his college dating life. After the shooting of Michael Brown in 2014, Maningding saw a lack of solidarity from the Asian-American community and shifted the focus of LLAG from dating to politics, to help combat injustice toward the Black community and push against the grain of white supremacy. Since 2014, LLAG has grown from 2,000 to 200,000 readers, reaching upwards of 11 million timelines per week. Maningding’s work has been featured in The Huffington Post, Mic, Buzzfeed and he continues to speak at Universities around the country. 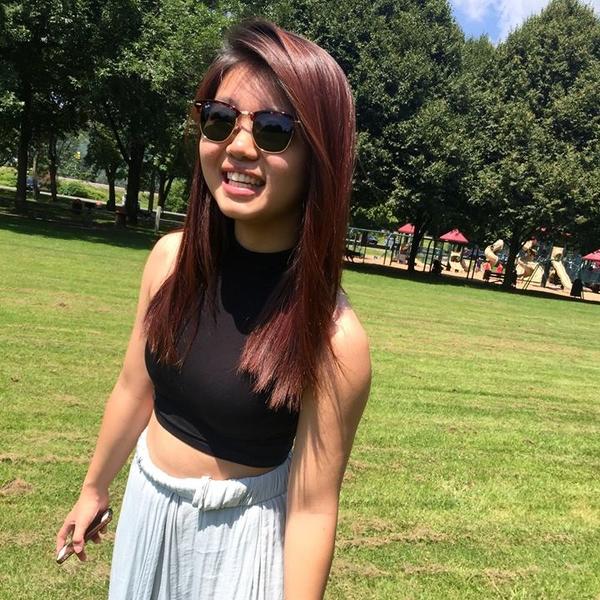