Join us as we explore what's next in diverse fields of topics ranging from medicine, technology, design and human relationships.

Christine has been recognised as one of Norway’s 50 most important female tech founders in 2017 and was a nominated finalist for the Nor-Shipping Young Entrepreneur Award 2017. Driven by her passion for blue oceans and green spaces, Christine has created underwater drones that allow ordinary people to discover its beauty and fragility. Together with an international research team, Christine has sailed across the Atlantic to investigate and map marine litter using the first prototype developed by Blueye. The company has since grown rapidly out of the Centre for Autonomous Marine Operations and Systems (AMOS) at NTNU, and has entered the market with the Blueye Pioneer underwater drone that allows private consumers to drive and film underwater using their smartphones or tablets.

Surgeon, inventor, poet, tango dancer, teacher and lifelong learner, this man defies easy categorisation. Meet Erney Mattsson. Erney is a Professor at the Norwegian University of Science and Technology (NTNU) and Consultant in Vascular Surgery at St.Olavs Hospital, Trondheim. He represents Norway in the European Society of Vascular Surgery and leads the national research initiatives from the Norwegian Society of Vascular Surgery. His personal research focuses on vascular wall biology, aortic aneurysms and a new training concept increasing the energy production from mitochondria in vascular patients. An inventor with different global patents covering medical devices, Erney pioneered the development of the removable stent which has elicited a lot of interest from both national and international media, as well as global companies within the field. He is occupied with the acquisition of knowledge and the use of academic analysis as a tool for development in all fields of humanity.

Guro Sollien Eriksrud is a former journalist who left the scintillating world of journalism to pursue an alternate career path after finding her true calling as a volunteer with Red Cross’s “Network etter Soning” program. Armed with a specialisation in Criminology from the University of Oslo and Economics Management from Lillehammer College, Guro now manages Network Debt - a self-driven initiative targeting individuals inside and out of prison to support them with reintegration into society. To this end, she works with a team of volunteers, collaborates with various partners and has also published a book and made a film for distribution to the correctional services all over Norway.

Professor, Editor and Vice Chair of the Norwegian Nobel Committee

Hilde Opoku, Deputy Mayor and Leader of the Green Party in Trondheim. Former spokesperson for the Green Party in Norway from 2014 to 2016, Hilde is a political scientist with a specialization in industrial ecology. She previously worked at the Department of Industrial Ecology at the Norwegian University of Science and Technology (NTNU) before entering politics in 2003 when she was elected to the city council of Trondheim. Born and raised in Trondheim, Hilde has studied and worked in the US, Ghana, Iceland and England. Passionate about creating greener environments and balancing the well-being of people, technology and the environment, she was recently asked to be special advisor for sustainable development in Ghana.

Professor Kalle Moene is a man driven by the humane side of economics who continues to provide insightful answers to questions of poverty, inequality and overall economic performance. An experienced economist and Leader of the Centre of Equality, Social Organisation and Performance at the University of Oslo (UiO), Kalle received the Norwegian Akademikerprisen (Academic Prize) in 2011 and was recognized by the Norwegian Research council for Excellent Research the same year. Most recently in 2016, he received the Fridtjof Nansen prize for Outstanding Research. Kalle has a strong interest in inequality, labor markets, welfare states and economic development in poor and rich countries. He believes that many of the world’s current problems related to inequality can only be solved by interdisciplinary expertise and collaborative efforts.

Leif Edward Ottesen Kennair is a specialist in clinical adult psychology and the former Head of Psychology at the Norwegian University of Science and Technology (NTNU) in Trondheim, Leif’s research interests focus on evolutionary psychology, anxiety, depression and behavioral genetics. Leif has published numerous articles on psykologisk.no and appeared on various Norwegian television programs such as NRK’s series Hjernevask (Brainwashing) and the talk show First and Last, where he engages in debates on controversial contemporary issues.

Martin Lothe Sæterdal is the creative director of Birgers Oterutleie and manages an illustration studio. He incorporates methods such as visual recording, storytelling and the transformation of spaces in his art to reflect events and narratives.

Michael Francis Duch is a double bass-player and Associate Professor at the Department of Music at the Norwegian University of Science and Technology (NTNU) in Trondheim. He completed his project “Free Improvisation – Method and Genre: Artistic Research in Free Improvisation and Improvisation in Experimental Music” through the Norwegian Artistic Research Fellowship Programme at NTNU late October 2010. He has been involved in more than 60 recordings, including the critically acclaimed Cornelius Cardew: Works 1960-70 with the trio Tilbury/Duch/Davies. Michael Duch is a member of the Young Academy of Norway, and regularly performs improvised and composed music both solo and with various ensembles.

Øystein Baadsvik is currently the world’s leading tuba player and a YouTube sensation with over 4 million views. The only tuba virtuoso to have carved out a career exclusively as a soloist, Øystein is Norway’s most active and renowned musician. Since his international debut in 1991 where he was awarded two prizes at the prestigious Concours International d’Exécution Musicale in Geneva, Øystein has performed in famous venues worldwide and played with major international symphony orchestras including the Warsaw Philharmonic Orchestra, Singapore Philharmonic, and the Orchestra Victoria of Melbourne. Through collaborating with musicians from different genres and styles, Øystein has developed (and continues to develop) unique tuba-playing techniques that never fails to astound audiences the world over.

Research Director Øyvind Hellan from SINTEF, Scandinavia’s largest independent research organisation, is the man behind an international project with a 40 million NOK budget to make floating cities a reality. With 30 years of experience in R&D and business development, this former CEO of Instituto SINTEF do Brasil and Research Director for the Offshore Hydrodynamics group at MARINTEK is now responsible for business development and strategy within SINTEF Ocean hydrodynamics. Øyvind specialises in establishing, executing and managing small, medium and large R&D projects for the Norwegian and international offshore and maritime industry the European Commission and the international oil and gas industry.

Svein Harald Holmen is an expert in the refurbishment of protected buildings, cultural heritage and development, he has worked with local development projects since 2003. Svein’s latest project, Vardø Restored, involves a creative collaboration with Norway’s foremost pseudonymous street artist, Pøbel. Pøbel whose pseudonym means “hooligan” is renowned for creating beautiful anonymous and mischievous stencil paintings. From leaving his mark on the streets of Trondheim to “muting” Donald Trump in the United States, Pøbel has now turned his attention towards collaborating with Svein Harald to rejuvenate Norwegian ghost towns with his art.

Thomas Hylland Eriksen is a social anthropologist and author of Overheating: An Anthropology of Accelerated Change (2016). Thomas is currently a Professor of Social Anthropology at the University of Oslo and has authored textbooks, academic monographs, polemical interventions, popular science, biographies and novels in both English and Norwegian. Born from his long-standing interest in the unintentional consequences of modernity, is a series of four books focusing on information technology, identity, happiness and waste. Thomas recently completed a five-year research project which shows how global change has accelerated in many domains, from coal exports to photography and from finance to identity politics; leading to dangerous ‘overheating effects’ and a need to slow down, or ‘cool down’ worldwide.

An experienced leader and entrepreneur at heart, tech enthusiast and business angel, mother of three, occasional-blogger and self-proclaimed foodie, Ulla is nothing short of superwoman! CEO and co-founder of the multi-disciplinary design consultancy company EGGS, Ulla Sommerfelt is a visionary leader on a mission to develop the world’s best workplace for creative people. She’s passionate about the integration of design, technology and leadership into workspaces.

Vegar Ottesen is a nanotechnologist, proud father, scientist, burgeoning podcaster and science disseminator. Currently employed at NTNU and working on the NORCEL project led by RISE PFI; he is researching for a novel and green solution to eliminate the need of plastics for food packaging. Having lived outside of Norway in his youth and often travelling with his wife, he has a keen appreciation for other cultures. While working on projects that have long-term sustainability and global benefits, he recognised the importance of science and technology for humanity's survival. Vegar believes that it is essential to speak about science as frequently as possible in a way that allows it to be understood and is accessible by all. 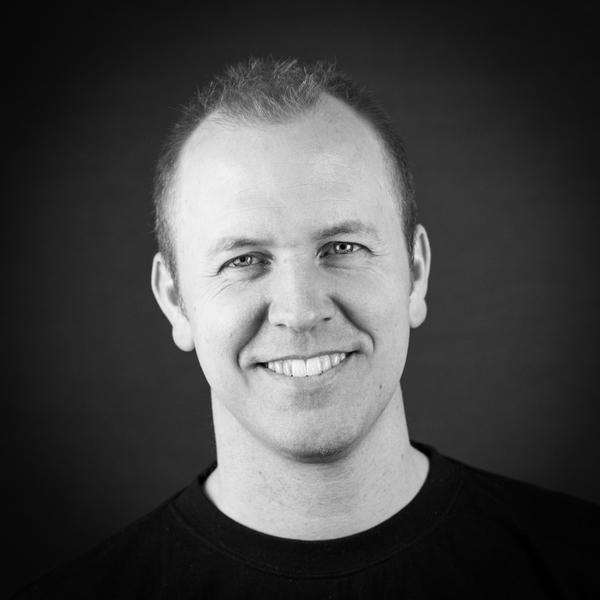 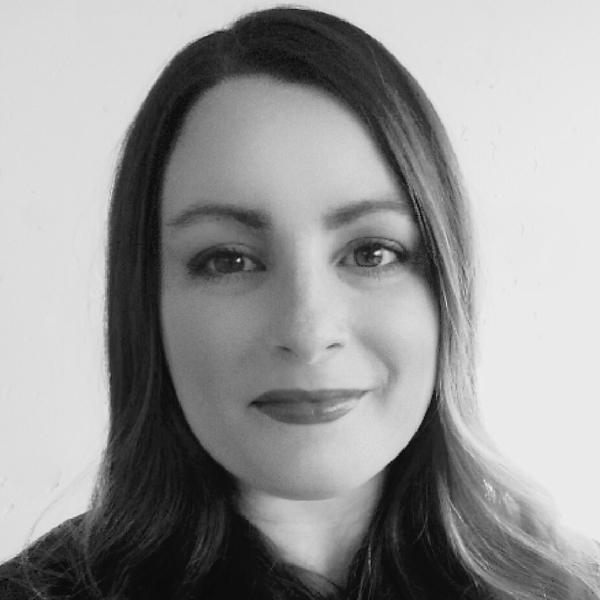