Resilience: Psychology Today says it best: "Resilience is that ineffable quality that allows some people to be knocked down by life and come back stronger than ever. Rather than letting failure overcome them and drain their resolve, they find a way to rise from the ruins...Some of the factors that make someone resilient...a positive attitude, optimism, the ability to regulate emotions, and the ability to see failure as a form of helpful feedback. Even after misfortune, resilient people are blessed with such an outlook that they are able to change course and soldier on".

Al Stokes is the Manager of the Waddell Mariculture Center and has been involved in aquaculture and fishery management for more than 35 years. Al’s time is directed towards managing the center’s facilities and supporting the center’s crustacean and marine finfish research programs. Due to its culture successes, MRRI's mariculture program has been recognized as a national leader, winning a number of prestigious awards.

Amber grew up in Bluffton SC. She graduated with a Biology degree from University of Georgia in 1997. She became a professional boat captain in 1999. She started working with the HHI Sea Turtle Protection Project from 1998 - 2001 and went on to graduate school for a master’s degree in Marine Biology from Nova Southeastern University Oceanographic Center in Ft. Lauderdale, FL. She returned to the Lowcountry in 2006 and has been with the HHI Sea Turtle Protection project for 11 consecutive seasons and currently manages the project. Amber is an active volunteer for the SC Marine Mammal Stranding Network in Beaufort County, and performs dolphin necropsies in the field for NOS (National Oceanic Services, a division of NOAA). She owns Spartina Marine Education Charters, operating a USCG certified vessel carrying 20 passengers. She educates tourist and locals on the unique ecosystem in the Lowcountry marshland, her own back yard. She is a fourth generation Bluffton resident.

An entrepreneurship and marketing expert, Bea helps select high growth entrepreneurs tell their stories to build their field authority and promote their excellence. As Chair of the Entrepreneurship Practice Group, Bea further leverages the wisdom and experience of these innovators through branding, visibility, and marketing efforts that are substantiated by the ForbesBooks brand name. Bea holds an MBA with Distinction from Harvard Business School, is a summa cum laude graduate of Emory University, and is one of South Carolina’s prestigious Liberty Fellows of the Aspen Global Leadership Network. She is a frequent keynote speaker on entrepreneurship and business growth, and an inspiring contributor to various publications, including Entrepreneur.com and The Savannah Morning News.

Chris Gintz is the inventor of the notebook computer and other complex instruments. His newest invention, called the hydration measurement instrument, is a microwave rotational spectrometer for the scientific measurement of hydration that anyone aged 3-100 may use. His new instrument methods make it possible for people of all ages to scientifically take over monitoring their hydration level.

Chris Marsh works extensively with municipal governments in the area to help improve water quality, land conservation practices, and management of lands in addition to teaching the Master Naturalist programs and working with local teachers and students. Prior to moving to the Lowcountry, Dr. Marsh was a biology professor at Coastal Carolina University where he taught ornithology, ecology, and animal behavior. While at Coastal Carolina he also served as a regional director of a statewide program to improve math and science education in South Carolina. He has over 10 years of experience as an environmental consultant and has worked with the SC Department of Natural Resources on coastal shorebird populations.

Schembra is a sought-after social influencer, executive coach, and entrepreneurial advisor whose passion lies in facilitating profound human connection in a deeply disconnected world. He is the Founder + Chief Question Asker of the 7:47 Club, an organization which helps elite entrepreneurs build, grow, and ignite their community. Since its inception, the 7:47 Club has awakened over 2,500 leaders and sparked over 210,000 relationships. In addition to the 7:47 Club, Schembra is a Partner at OHenry Productions and former Producer at MNA Productions, and the projects he has been involved in have been awarded 14 Tony Awards, 7 Emmys and a Grammy.

David Nelems is currently the CEO of the Don Ryan Center for Innovation. The Center is a start-up incubator partnership between Clemson University and the Town of Bluffton that focuses on technology or innovative products and service start-ups. David's job is to help these companies identify and overcome their weaknesses so they can succeed. David is specifically qualified to do this as his background has exposed him to every aspect of the start up process. From idea, to prototype to launch, iterative design to funding and hiring/firing staff, marketing and finally a successful exit.

David suffered a significant stoke with aphasia in 2017. He regained my speech and won election as a Division Director of Toastmasters and resumed teaching at a university. He is Distinguished Toastmaster which represents the highest level of educational achievement in Toastmasters.

Dr. Debi Lynes has an extensive career exploring the relationship between the physical environment and its influence on health and wellness. She has combined her 30 years of experience as an interior designer and 15 years in private counseling to hone her practice and is now respected as an expert in her fields. She is also a well-regarded television host of Lynes on Design, airing for 10 years, and Healthy Living, on air for the last 8 years.

In 2008, Donna launched her own uplifting and empowering talk show "Live It Up with Donna Drake" that airs regionally on the NY CBS affiliate. She self-funded her show by selling everything she owned and investing in literally, a dream and herself – and never looked back. Among the guests that have appeared on her show are Tony Bennett, Mel Brooks, Gloria Gaynor, Jay Leno, Howie Mandel and many more.

Emily Johnson is the founding owner and managing director of Polaris Capital Advisors, LLC, a financial advisory firm based in HHI that provides financial planning and wealth management services to high net worth clients throughout the Southeast. Emily is an honors graduate of The University of Texas at Austin, holds an MBA in international finance from the Moore School of Business at the University of South Carolina, and has earned the Certified Financial Planner (CFP), Certified Divorce Financial Analyst (CDFA), Chartered Financial Consultant (ChFC), and Chartered Life Underwriter (CLU) designations.

John Cranford is an independent record label owner and front man for South Carolina rock band, cranford hollow. he has played over 1,000 shows in 36 states, had over 500,000 digital plays of his original music and has put out 6 full length albums independently via his label, Swampfire Records. The label also has had great success with other acts, the last compilation album of original music written and recorded in the lowcountry had over 100,000 digital plays.

Justin created Daddy Saturday: A Dad’s Guide to Intentional Fatherhood by creating epic moments with your children in order to raise good kids who become great adults. It's his solution to the fatherhood crisis and it started in his own household and with his own children. Early on he realized the importance of being intentional with the time he had each Saturday with his own children and their desire to have epic moments and memories with their Dad. Each Saturday, Justin and his four children embark on a new epic adventure which are filmed for their YouTube channel. Past episodes include epic moments like a bubble wrap battle, trampoline pool, blue crabbing, beach sports, magic bubbles, blind taste test and more. Ultimately, Justin’s passion to help other Dad’s become intentional father’s and experience the same positive growth in their kids fueled the creation of the platform Daddy Saturday. The book titled Daddy Saturday is in publication with a release date in spring of 2018.

Larry Hughes spent a 40-year span of his career in Public Relations, Marketing, and Political Consulting; including an international PR agency, Fortune 100 corp. He first came to the Lowcountry in 1984 and moved here in 1999. A community activist involved in regional politics, economic development, and entrepreneurialism; Larry has served as President of Bluffton Historical Preservation Society; board member, Don Ryan Center for Innovation; board member, State Extension Advancement Council, Clemson Univ.; past board member, Lowcountry Economic Alliance; board member, Society of Bluffton Artists. His latest project, the Lowcountry Oyster Trail is an experiential tourism, economic development, and environmental initiative. While the focus is on food, fun, and discovery, a portion of net profits will be used by its philanthropic arm, SC Lowcountry Oyster Trail Foundation, to promote and enhance marine ecological research, analysis, and environmental stewardship for the region.

Mark Mykleby is the Co-Founder of Long Haul Capital Group, LLC; a company dedicated to creating sustainable, walkable, and healthy communities. Mark “Puck” graduated from the United States Naval Academy with distinction in 1987. From July 2009 until April 2011, Mykleby served as a special strategic assistant to the Chairman of the Joint Chiefs of Staff. In that capacity, he co-authored with Navy Captain Wayne Porter A National Strategic Narrative, a concept and vision for a 21st Century grand strategy for the nation. Porter and Mykleby were honored for their work on A National Strategic Narrative with the Ellis Island Medal of Honor. Mykleby retired from the Marine Corps in July 2011. He continues his work on grand strategy and sustainability by developing sustainable regional economic clusters and giving interviews, speeches, and conference keynote addresses to encourage putting the concepts of the narrative into practice.

When Jazz pianist and composer Martin Lesch isn’t at The Jazz Corner playing with his band, he’s helping out with the Junior Jazz Foundation which works to promote jazz education in area schools. The Junior Jazz Foundation is a non-profit counterpart of The Jazz Corner in Hilton Head Island that serves to further the education of jazz to the youth. They sponsor an annual jazz camp here on the island and run a yearly Jazz Festival in addition to giving scholarships and grants to local schools.He also an advocate for the arts on the political level.

Passionate about personal growth and the development of high performance team cultures, Matt has more than a decade of experience working with athletes, coaches, parents, businesses and educators on the mental aspects of elite performance. As a Performance Consultant with Telos Sport Psychology Coaching, Matt assists the development of individuals and teams from the junior level to the highest professional ranks through workshops, individual meetings, speaking engagements and publications. He currently serves as Director of Performance at The Golf Learning Center at The Sea Pines Resort and also leads mental game programming at Smith Stearns Tennis Academy and the Junior Players Golf Academy all located in Hilton Head Island, SC. Matt also consults with leaders in business and education seeking to maximize the potential of their respective teams. Matt's clients include Olympians, Major Championship winners and innovators leading Fortune 500 companies.

Founder, In the Pinc and ReeMarkable Women Entrepreneurs

As a computer sciences and business major, working within the software field, for the 3rd largest software company, SAP, a market leader in the enterprise application software. Sandy transitioned careers after facing tremendous personal adversity, which sparked her life-long passion for writing and speaking. Touching on topics such as diversity, adversity, women’s growth, inspirational, to living with grief and loss. Sandy has just completed her first fiction novel, upcoming in 2018. Sandy’s has completed a movie screenplay and has also embarked on a passion project, touching upon stories involving real life racial incidents. Showcasing the adversity, and emotional impact, these courageous individuals have endured. This narrative is called, ‘Stories from the South,’ a collection of pieces from varied ethnicities, sharing a movement of feeling heard. Sandy is a writer for Thrive Global and a contributor to a variety of periodicals. 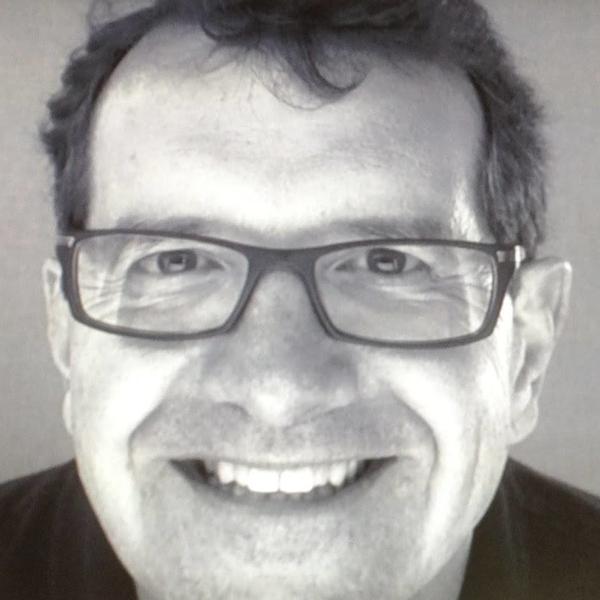