Imagine throwing the world’s best dinner party and inviting some of the most amazing thought leaders on the planet to fuel the conversation, to share “ideas worth spreading,” TED’s slogan.

TEDxSedona is an event like no other, bringing together a community of like-minded individuals driven by powerful ideas, remarkable talents, and the desire to share their inspiration - All this is happening here in Sedona, and it’s happening on the 14th of October!

Andrea founded and for five years directed Philosophy in the Public Interest at Northern Arizona University. She has designed programs that put philosophy in museums, movie theatres, private homes, high schools, historic hotels, artists’ studios, small businesses, community centers and more. She is passionate about helping people understand the practical value that philosophy has for our everyday lives. She believes that the creative and critical work of philosophy can help us understand ourselves, other people and the world. Andrea studied at Tulane University, the University of Southern Mississippi, and The Ohio State University. Andrea serves on the boards of the League of Women Voters of the Greater Verde Valley, SOPHIA—the Society of Philosophers of America, and the Verde Valley Forum for Public Affairs. She has previously served on the boards of the Sedona International Film Festival and the Verde Valley Regional Economic Organization.

Dean Taraborelli: He is the Founder, Administrator, Counselor at the Sanctuary at Sedona. He has a BA in Political Science and is currently Senior teaching staff at Four Winds Society, an international school of energy medicine. His credentials also include being an Ordained Minister; a Certified Shamanic Breathwork® Facilitator; a Founding Member Society for Shamanic Practitioners; a Member of Association for Comprehensive Energy Psychology; a Member of National Institute for Holistic Addiction Studies. Dean has traveled extensively to sacred sites in over 60 countries to study world mythology, religion, spirituality, wisdom traditions and indigenous healing and wellness practices.

an American public servant who served as the White House Social Secretary for U.S. President Barack Obama from 2015 to 2017. Dyer also served as Deputy to the previous Social Secretary, Jeremy Bernard. Her White House career began as an intern in the Office of Scheduling and Advance in Fall 2009. She was the Obama administration's fourth social secretary and the second of African-American descent. Before working at the White House she worked as the executive assistant at the Pennsylvania Real Estate Investment Trust and a freelance writer at the Philadelphia Citypaper. She is from Philadelphia, Pennsylvania.[1][2][3] Dyer won a 2017 NAACP Image Award for the BET special Love & Happiness: An Obama Celebration. She volunteers her time as the Executive Director of Philadelphia based teen girl travel group, beGirl.world. In 2017, she was signed as a speaker to Outspoken Agency. Dyer has been featured in national media outlets including TIME, The New York Times, Marie Claire, Essence, Vogue, Refinery29, Forbes, The Root and Washington Post.

After an early career in technology, She co-founded a trade association for women entrepreneurs with some friends from business school. Over the next ten years, they grew the organization, then called the Forum for Women Entrepreneurs (FWE), from one office in Silicon Valley to Seattle, LA, Boulder, and beyond. During that time, she also co-founded the first venture capital conference for women entrepreneurs, Springboard, which has led to over $7B in funding for women founded and women-led companies.

Scientist, artist and inventor, Dr. Gary Greenberg uses his special 3D microscopes to create spectacular landscapes of worlds beyond our everyday perception. Initially a photographer and filmmaker, at the age of 33 he moved from Los Angeles to London to earn a Ph.D. in biomedical research from the University of London. Dr. Greenberg was an Assistant Professor at the University of Southern California during the 1980’s. In 1990, he co-founded Edge-3D where he developed high-definition, three-dimensional light microscopes, for which he was issued eighteen US patents. Dr. Greenberg is currently a faculty member at the University of Hawaii Institute for Astronomy in Maui, where he studies moon sand collected during NASA’s Apollo missions. Dr. Greenberg’s mission is to reveal the secret beauty of the microscopic landscape that makes up our everyday world. Greenberg shows us that the miracles of nature are tangible, and they can be seen directly through the microscope. When we commune with nature, we become conscious of our connection with the universe.

The son of an inventor, Hajjar Gibran’s youth passed building tree houses, hot rods and tiny homes, and he was already a skilled designer & builder by the time he finished the engineering program at SDSU. He built his first passive solar home in Nova Scotia, winning several awards from the Nova Scotia Design Council. While building The Gibran Center in Thailand, Hajjar developed an innovative way of building beautiful low cost AirCrete domes that has gained international recognition. Hajjar founded Domegaia in 2014 to answer the global demand for his innovative low cost housing designs. Visit him at Domegaia.com

American physician, author, and speaker on public health issues, particularly the benefits of a whole foods, plant-based diet and the harms of eating animal products. He is a vegan and the creator of NutritionFacts.org.

Miriam Kalamian is a nutrition consultant, educator, and author specializing in the implementation of ketogenic therapies. She earned her master of education (EdM) from Smith College and her master of human nutrition (MS) from Eastern Michigan University. She is board certified in nutrition (CNS) by the Board for Certification of Nutrition Specialists.

Reared among the three cultures of Brazil, Mexico and the U.S., Poranguí was steeped in various traditional forms of music, healing and ceremony since birth. Drawing from his cross-cultural background and ethnomusicology training at Duke University, Poranguí has over twenty years of international work experience as an artist, musician, educator, filmmaker, consultant and therapist, utilizing the healing properties of sound and movement to foster our individual and collective well being. In Poranguí’s signature World Soul style, he creates music live using analogue hardware loopers & fx pedals, indigenous instruments & his voice, all the while remaining improvisational tuning into the energy of the audience & space. Poranguí bridges worlds building an entirely unique soundscape from scratch, as no two performances are ever alike. For more music, events, healing retreats, private sessions & booking: Visit http://www.porangui.com/ Listen to music: https://porangui.bandcamp.com/ Follow at https://www.facebook.com/porangui/ All original music written & performed live by Poranguí ASCAP © 2017 Sol Creation. All Rights Reserved.

Accomplished painter, sculptor, speaker and writer, Sherab "Shey" Khandro draws inspiration from her years of philosophical study and over two decades of work as a professional in the visual arts. Formally trained by Tibetan masters in exile in the U.S., Sherab Khandro brings years of spiritual training to all of her work. Exploring symbols within our modern culture, imbuing her work with intention, she tells a story, inviting us to remember what is important in life and the qualities we are committed to embracing for the benefit of all. Through symbols of transformation: images of the Buddha and totems found in nature, she reminds us of our own natural beauty, and the power of small acts to make a difference. Drawn to the architecture of a composition in both paintings and sculpture, she is equally inspired by the play of color and the exploration dimension and form. Often interactive, her sculpture is an invitation to engage. Using the detailed technique of pointillism in her paintings, the neo-impressionist style in which tiny dots of color create rich and vibrant imagery. With each stroke of the brush comes a prayer of compassion. Each dot, offered as a jewel, a prayer to end suffering in the world.

Zoe is Founder and Executive Director of One Light Global, an NGO dedicated to global humanitarian aid and innovative long term solutions for a more sustainable and egalitarian world. 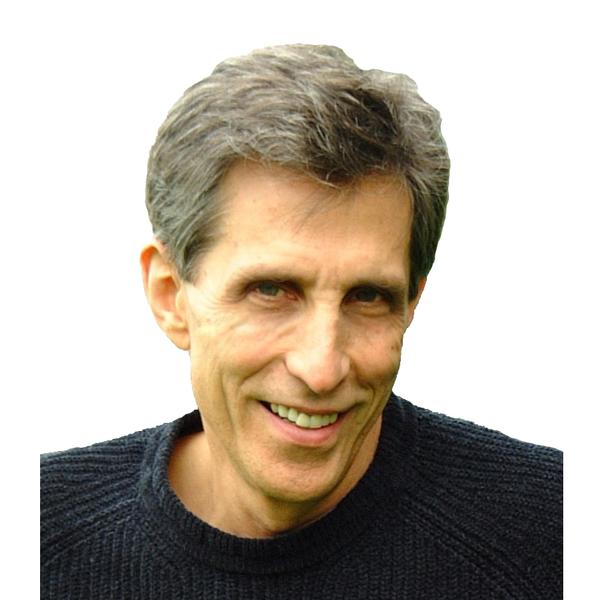