Theme: Jumping Off the Shoulders of Giants

The TEDxCambridgeUniversity committee has invited 16 inspiring speakers, divided equally between a morning and afternoon session, to deliver talks all based on the theme for this year: “Jumping Off the Shoulders of Giants”. We will be exploring the dichotomy between tradition and innovation (if there even is one?) and ask ourselves whether true innovation can be built on tradition, or if it requires something radically new. The conference was a huge success last year, so we hope you are all excited to join us for what promises to be an equally memorable event this February.

Ralby is founder and CEO of Linguisticator, a Cambridge-based company developing online memory and language training programs. He has successfully explored the use of medieval memory techniques and, more recently, spatial memory techniques for children and adults with special educational needs such as dyslexia and autism.

Malik is an international development economist and social entrepreneur, recently focused on Tech for Good. Alia co-founded and managed Chinese social enterprise, Shangrila Farms, which continues to grow as marketing platform and consumer brand for rural producers. She also continues to sit on the board of the partner charity, the Yunnan Mountain Heritage Foundation.

A Scottish journalist and television presenter. Andrew is most well known for hosting The Andrew Marr Show on BBC One as well as his work as a political commentator, editor of The Independent, and political editor of BBC News.

Since completing his Engineering Degree at Cambridge University, Andrew works as an Aerospace Engineer at Rolls-Royce where he analyses jet engines. He has a passion for how things work and is currently pursuing opportunities in Science broadcasting. Best known as a finalist on the seventh series of The Great British Bake Off.

Meyer is a professor and director of the Institute of Psychology at Technische Universität Chemnitz in Germany, exploring how bionics and robotics have the potential to change societal stereotypes associated with physical disability. He misses his left arm since birth and wears a bionic arm prosthesis. He has been featured in many media outlets, including the award-winning Channel4 science documentary “How to build a bionic man“ (2013).

Gombrich is Programme Director of the interdisciplinary Arts and Sciences BASc degree at University College London, which he has led through its development and launch. He has been active in promoting a number of teaching and learning innovations and his interests include notions of expertise, the history of education and the future of work.

Gibbens is founder of the startup Tribalingual and hopes to explore the losses and changes of language in a globalised world in her talk.

Krohner is an ethnographic researcher in emerging tech, social impact and healthcare, exploring how to measure empathy in virtual and mixed reality.

Laura Barnett is the author of “The Versions of Us” which spent six weeks in both The Sunday Times hardcover and paperback fiction bestseller list after going straight to number one. As a freelance arts journalist, features writer and theatre critic, Laura has worked for The Guardian, The Observer, The Daily Telegraph and Time Out London to name a few. She will address the question of originality and innovation in fiction.

Founder of the NEXTGen London network of young professionals supporting UNICEF in Europe. Layla is passionate about improving the lives of children via education and sustainable development.

Kaelen is a Neuroscientist from Imperial College London exploring why music and psychedelic drugs are powerful tools to change consciousness.

Michelle is a Fellow in Engineering at Homerton College, has been a Reader in Bioengineering in the Mechanics and Materials Division and the Bioengineering research group in the CU Engineering Department since 2006. She is interested in the use of nature-inspired materials in reducing our carbon footprint from building materials.

Dr. Zadeh is a Postdoctoral Researcher at the Centre for Family Research and a Research Fellow in Social Psychology at Corpus Christi College. Sophie’s research is focused on single mothers who have used a sperm donor in their path to parenthood

Winner of Richard Branson’s Virgin VOOM competition this year, Toby McCartney is the founder and CEO of MacRebur Limited. Toby is on a mission to clean up the world’s plastic epidemic and find new revolutionary ways of using our old rubbish to create a new world for today and tomorrow.

A technologist and educator, Ilube believes that science and technology will drive Africa’s re-invention. He founded the African Science Academy, the continent’s first school for girls with a passion for science, technology, engineering and maths. Tom is also a Fellow of the British Computer Society, a Fellow of the Royal Society of Arts and in 2005 was awarded an Honorary Doctorate in Technology for his contribution to the field of technology in the UK. 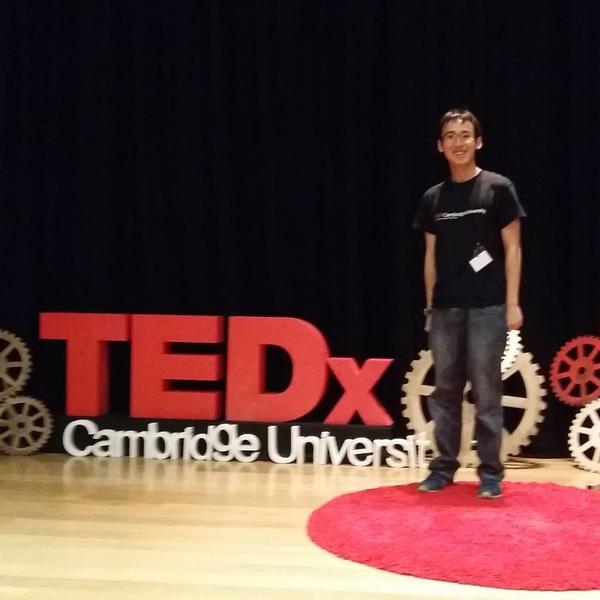