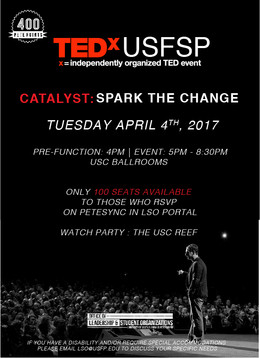 Achim Nowak is a C-Suite coach, Mastermind convener and International Authority on Personal Presence. He has authored books in the personal excellence field – “Power Speaking”, “Infectious: How to Unleash the Energetic Leader Within,” and “The Moment: A Practical Guide to Creating a Mindful Life in a Distracted World.” Influens, his Miami-based training and coaching firm, helps successful entrepreneurs and executives in Fortune 500 companies around the globe to show up with greater presence and be more influential. Achim’s popular weekly Energy Boost message is received by a wide circle of influencers around the globe.

Devin T. Robinson who also goes by “Egypt” has appeared on BET, MTV to world famous Apollo, his acting and motivational speaking abilities inspire many. He lost his mother at 12 and his father abandoned him the same day classifying him as an orphan, Egypt may have been knocked down…but wasn’t knocked out. He has touched stages in Johannesburg South Africa, Doha Qatar, Barbados, Haiti, Trinidad and Tobago and a TEDx Talk in Amman, Jordan. He also gained two degrees while being on the Dean’s list, graduated Phi Theta Kappa Honors, won the Florida State PAL Boxing Championship, is a devout Christian, created the AIDS Awareness Poets Inc and the AIDS Games. He wrote three top selling relationship books, “How Good Is Sex?”, “Change Him… In 100 pages,” and “Love Is Not An STD”.

Gabby is a current University of South Florida, St. Petersburg undergraduate looking to graduate in May with a degree in Environmental Science and Policy. She grew up in Michigan deeply rooted in the environment and all it had to offer. She relocated to St. Petersburg in 2013 with the intentions of earning an education and pushing forward progress in Sustainability. Currently she is the Project and Proposal Manager of the University’s Student Green Energy Fund, Sustainability Advisor on the University’s Capital Improvements Trust Fund, Licensed Environmental Consultant and an active member of a research committee on behalf of the University with The City and DUKE Energy to ensure the most positive transition to sustainable functionality within her community. After graduation, she plans on continuing what she has begun in St. Petersburg and beyond.

Tracey Garbutt is an International Student from Canada studying Psychology and International Studies at USFSP. Her previous background training is in Advertising and design. Her previous careers included being a professional model in Toronto, a snowboard instructor in Whistler Canada, and a graphic artist for EA Sports. Her passions include the insatiable explorations of consciousness and the boundless beauty of the human spirit. She is the Founder and President of Big Sisters of Psychology USFSP helping students connect with each other in more meaningful ways while on their professional paths.

Walter Fernando Balser is the Founding Director of the Open Partnership Education Network (OPEN) at the University of South Florida St. Petersburg. OPEN is a new “open source learning” framework designed to improve collaborations between thought leaders and institutions in the community—making us a smarter, better connected city learning together. As a Dean Fellow at Boston University, Walter’s research focused on partnerships in learning brought through the immense influx of new capital into the K-12 sector, which incidentally lies at the heart of a transformative and exciting education job market for youth. He is a soon-to-be graduate of Boston University, and a graduate of Columbia University, Ohio State University, the University of Florida, and St. Petersburg College. He is also a proud teacher.