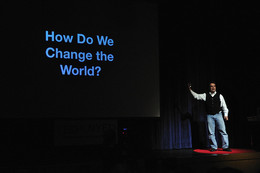 TEDxNYED, an all-day conference examining the role of new media and technology in shaping the future of education, was held in New York City on Saturday, March 6, 2010 and was webcast live here at tedxnyed.com, allowing viewers around the world to join and engage in these ideas worth spreading.

Gina Bianchini is the Co-founder and CEO of Ning. She’s led Ning from its inception in 2004 to its current position as an exponentially growing top 100 global website and one of the world’s most valuable start-ups. This year, Gina has been featured on Fortune Magazine’s “40 under 40,” Huffington Post’s 10 technology “Ultimate Game Changers,” and 7×7 magazine’s “Hot 20” list. Gina and Ning have been featured in the New York Times, Fortune, Forbes and Fast Company. She has also appeared on CNBC and CNN.

Amy Bruckman is an associate professor in the School of Interactive Computing at the Georgia Institute of Technology. She and her students in the Electronic Learning Communities (ELC) research group do research on social computing, particularly for educational applications. She is interested in the ways that we can design online communities to encourage individuals to create and share content online, and learn through that process.

Andy Carvin (http://www.andycarvin.com) is Senior Strategist for National Public Radio’s Social Media Desk. As coordinator of NPR’s social media strategy, he has helped NPR programs learn how to connect the public with NPR’s editorial activities in order to further the quality and diversity of NPR’s journalism. He was recently named by Washingtonian magazine as part of its 2009 list of the 100 leading technology innovators in Washington DC.

Daniel J. Cohen is an Associate Professor of History and the Director of the Center for History and New Media (CHNM) at George Mason University. He is the author of Equations from God: Pure Mathematics and Victorian Faith (Johns Hopkins), coauthor with Roy Rosenzweig of Digital History: A Guide to Gathering, Preserving, and Presenting the Past on the Web (University of Pennsylvania), and has published articles on the history of mathematics and religion, the teaching of history, and the future of history in a digital age in journals such as the Journal of American History, The Chronicle of Higher Education, and Rethinking History. He is an inaugural recipient of the American Council of Learned Societies Digital Innovation Fellowship. At CHNM he has directed projects ranging from digital collections (September 11 DigitalArchive) to scholarly software (Zotero). He blogs at http://dancohen.org, tweets @dancohen, and podcasts at http://digitalcampus.tv.

Jeff Jarvis, author of What Would Google Do? (HarperCollins 2009), blogs about media and news at Buzzmachine.com. He is associate professor and director of the interactive journalism program at the City University of New York’s new Graduate School of Journalism. He is consulting editor and a partner at Daylife, a news startup. He writes a new media column for The Guardian and is host of its Media Talk USA podcast. He consults for media companies. Until 2005, he was president and creative director of Advance.net, the online arm of Advance Publications. Prior to that, Jarvis was creator and founding editor of Entertainment Weekly; Sunday editor and associate publisher of the New York Daily News; TV critic for TV Guide and People; a columnist on the San Francisco Examiner; assistant city editor and reporter for the Chicago Tribune; reporter for Chicago Today.

Henry Jenkins joins USC from the Massachusetts Institute of Technology, where he was Peter de Florez Professor in the Humanities. He directed MIT’s Comparative Media Studies graduate degree program from 1993-2009, setting an innovative research agenda during a time of fundamental change in communication, journalism and entertainment. As one of the first media scholars to chart the changing role of the audience in an environment of increasingly pervasive digital content, Jenkins has been at the forefront of understanding the effects of participatory media on society, politics and culture. His research gives key insights to the success of social-networking Web sites, networked computer games, online fan communities and other advocacy organizations, and emerging news media outlets.

Neeru Khosla is currently the Co-Founder and Executive Director of CK-12 Foundation, a non-profit organization, which aims to reduce the cost of textbook materials for the K-12 market both in the US and worldwide. Mrs. Khosla currently serves as a member on several advisory boards, including The Nueva School’s Board of Trustees, the Board of Directors for High Tech High School’s Graduate School of Education, the Advisory Board for the Wikimedia Foundation, the Advisory Board for DonorsChoose, the Advisory Board for Stanford University’s School of Education, and is one of the founding members of the K-12 Initiative of the Design School (Hasso Plattner Institute of Design) at Stanford University.

Chris Lehmann – clehmann [at] scienceleadership [dot] org – Chris is the founding principal of the Science Leadership Academy, a progressive science and technology high school in Philadelphia, PA. Chris has returned to his native Philadelphia after nine years as an English Teacher, Technology Coordinator, Girls Basketball Coach and Ultimate Frisbee coach at the Beacon School in New York City, one of the leading urban public schools for technology integration.

Lawrence Lessig is the director of the Edmond J. Safra Foundation Center for Ethics, and a Professor of Law at Harvard Law School. Prior to returning to Harvard, he was a professor at Stanford Law School, where he founded the school’s Center for Internet and Society, and at the University of Chicago. He clerked for Judge Richard Posner on the 7th Circuit Court of Appeals and Justice Antonin Scalia on the United States Supreme Court.

Dan Meyer teaches high school math outside of Santa Cruz, CA, and explores the intersection of math instruction, multimedia, and inquiry-based learning. He received his Masters of Arts from the University of California at Davis in 2005 and Cable in the Classroom’s Leader in Learning award in 2008. He currently works for Google as a curriculum fellow and lives with his wife in Santa Cruz, CA.

Jay Rosen teaches journalism at New York, where he has been on the faculty since 1986. From 1999 to 2005 he served as chair of the Department. In 1999 Yale University Press published his book about the civic journalism movement, What Are Journalists For? Rosen is the author of PressThink, a blog about journalism and its ordeals in the age of the Net (http://www.pressthink.org), which he introduced in September 2003. In 2006 he founded New Assignment.Net, his research vehicle for open source journalism projects. In 2007-08 he was co-publisher, with Arianna Huffington, of OffTheBus.Net, an experiment in pro-am election coverage that eventually drew 12,000 participants. On Twitter Rosen coined the term “mindcasting” to mean a style of sharing links and connected thoughts, in contrast with “lifecasting.” He is found at http://twitter.com/jayrosen_nyu

George Siemens is Founder and President of Complexive Systems Inc., a learning lab focused on assisting organizations develop integrated learning structures to meet the needs of global strategy execution. He recently authored a book – Knowing Knowledge – an exploration of how the context and characteristics of knowledge have changed, and what it means to organizations today. He is actively involved in researching social media and networked technologies at the Technology Enhanced Knowledge Research Institute (https://tekri.athabascau.ca/) at Athabasca University (http://www.athabascau.ca/)

Dubbed “the explainer” by Wired magazine, Michael Wesch is a cultural anthropologist exploring the effects of new media on society and culture. After two years studying the implications of writing on a remote indigenous culture in the rain forest of Papua New Guinea, he has turned his attention to the effects of social media and digital technology on global society.

Dr. David Wiley is Associate Professor of Instructional Psychology and Technology at Brigham Young University. He is also the Chief Openness Officer of Flat World Knowledge and Founder and board member of the Open High School of Utah. He was formerly Associate Professor of Instructional Technology and Director of the Center for Open and Sustainable Learning at Utah State University. 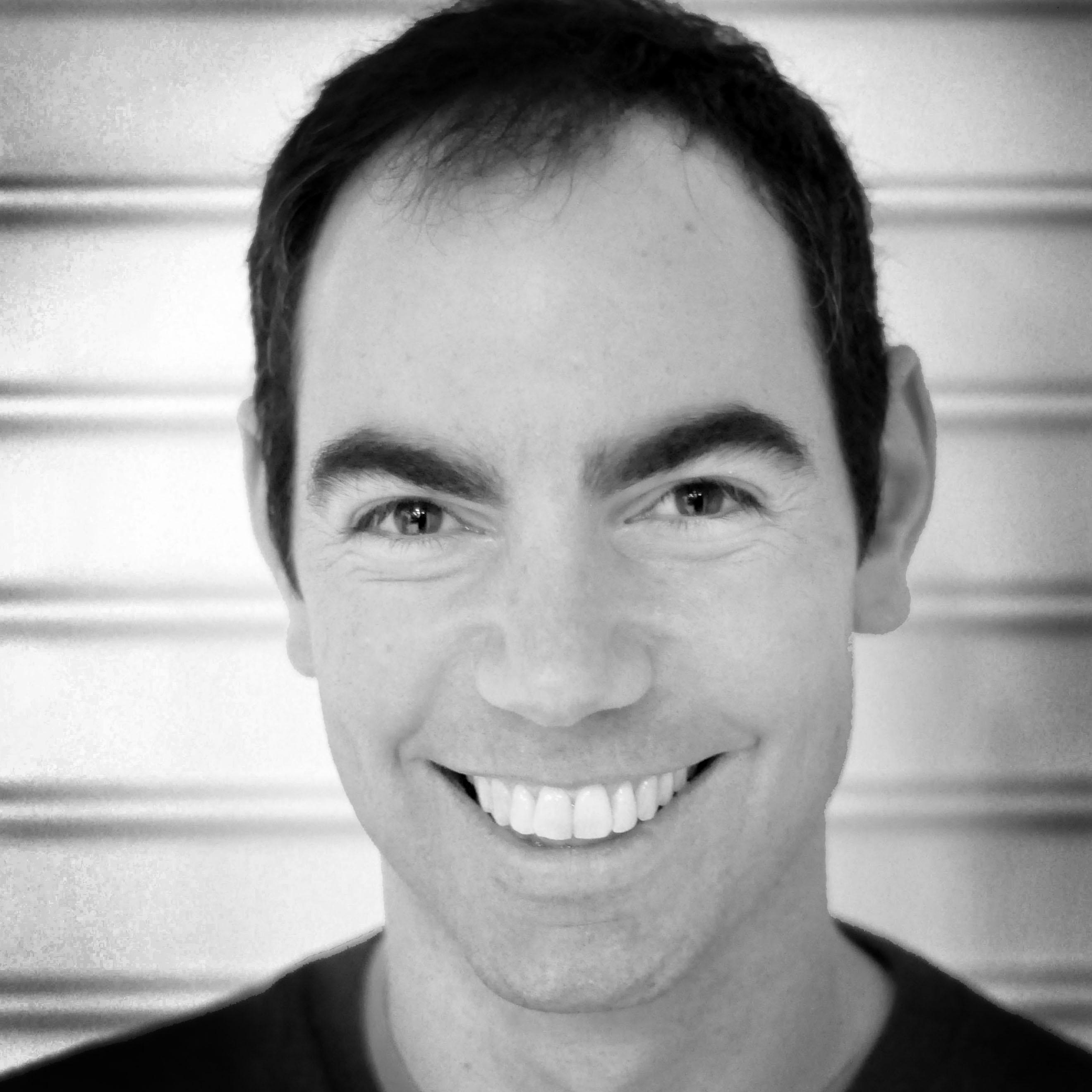