Theme: RESURGENCE: What ideas from the past are ready for a comeback?

So much of our time is spent imagining the future, preparing for the future, hoping for the future. This year TEDxEastsidePrep challenges our speakers to mine the past. Our theme this year is RESURGENCE: What ideas from the past are ready for a comeback? Throughout history, pendulums have swung back and forth between paradigms. There are many such examples:
- The shift from local food to mass production and the resurgence of farmer's markets and organic produce
- Computing power being centralized to mainframes, distributed to desktops and now consolidating back into cloud servers
- Appreciation of craftsmanship as we move back from IKEA and towards makerspaces and Etsy
- The return to communal workspaces over isolated cubicles
- Return to developing character in education over performance metrics.
- Distribution of media sources over the consolidated networks of the past

We believe you have something relevant to say on the matter. We welcome topics from the abstract to the concrete; from global to local.

Amelia Hagen is a world traveler, connector, educator, and instigator, so far venturing to over 80 countries. She is inspired by the potential for learning and personal development to propel international exchange and cross-cultural understanding around the world. After graduating from William & Mary with a BBA in Process Management and Consulting, Amelia jetted to Japan where she spent five years teaching English, leading international relations projects, and organizing events for her local community as a Japan Exchange and Teaching (JET) Program participant. In 2015, focusing on sports mega-events, such as the Sochi 2014 Olympics, she graduated with an MSc in International Event Management from the University of Brighton (UK). More recently, Amelia served as the Academic Coordinator at CIMBA Italy near Venice, and earned her MBA from the University of Iowa in July. She currently consults for a few startups, mentors a female Rising Star changemaker through Wedu Global, and works to em

Andrea Kantrowitz EdD., is an artist, researcher, and educator, and has published, lectured and given workshops internationally on drawing and cognition. Through the Thinking through Drawing Project, Kantrowitz co-organized four international symposia on “Thinking through Drawing,” in NYC and London, along with partners at the University of the Arts London, the Drawing Research Network and The Metropolitan Museum. She holds a B.A in Art and Cognition from Harvard University, a MFA in Painting from Yale, and an Ed.D from Columbia University in art education and cognitive studies. Currently, she is an assistant professor at SUNY New Paltz in Art Education, and has taught foundation drawing at Pratt Institute in Brooklyn and art education at Tyler School of Art, Temple University. Her own art work is represented by Kenise Barnes Fine Art. www.Andrea.Kantrowitz.com ThinkingThroughDrawing.org

Ben Franz-Knight is the Executive Director of the Pike Place Market Preservation and Development Authority (PDA). In this position, he oversees 400 businesses, 500 residents, 90 farmers, 200 fixed leases and 200 artists. In addition to staying connected to these people, the last few years of this project has been about connecting The Market with the city’s new waterfront by overseeing the conception and construction of the new MarketFront expansion. Ben grew up in Pullman, WA and got his Bachelor of Fine-Arts degree at the University of Washington, where he got his first taste of management at the student bike shop in The Hub. From there, Ben moved to Los Angeles where he worked for the Santa Monica Pier Restoration Corp. There he worked his way up to Administrative Assistant and ultimately, the Executive Director. While the Pier was a perfect place to learn, Ben was drawn back to The Market in 2010 to take the lead in numerous renovations including seismic, plumbing and electrical imp

Jeff Lehman is an entrepreneur, mentor, award-winning author, and business executive in print and online media. His responsibilities have included start-up CEO, Chief Revenue Officer of two companies, Chief Pre-Revenue Officer, various SVP and VP level assignments, and executive/industry consulting. He currently sits on the board of the Professional Sales Program at the University of Washington – Foster School of Business, and the Dean’s Advisory Board of the College of Business at the University of Central Florida. He is an avid sailor and has competed in a transatlantic yacht race. He has also done stand-up comedy at the Seattle Comedy Underground.

Mark Pitzer is a neuroscientist at the University of Portland. Over the past 25 years, he has studied circuits in the brain involved in motivation, learning and movement and how behaviors and mood are altered by disorders that destroy the brain, such as Parkinson’s and Huntington’s diseases. As a teacher, Mark attempts to use findings from the fields of Learning and Neuroscience to invoke enduring enthusiasm, curiosity and deep learning in his college students. When not in the classroom or lab, Mark spends his time attempting to make his two young children giggle.

Matt is the Master Distiller and one of the co-founders of Westland Distillery in Seattle. Westland focuses exclusively on single malt whiskey due to the perfect growing conditions of the only grain used in its production, barley. Westland was named the 2016 World Craft Producer of the Year by Whisky Magazine while Matt has personally been recognized as one of Forbes’ “30 Under 30” and Wine Enthusiast’s “40 Under 40” in 2016. 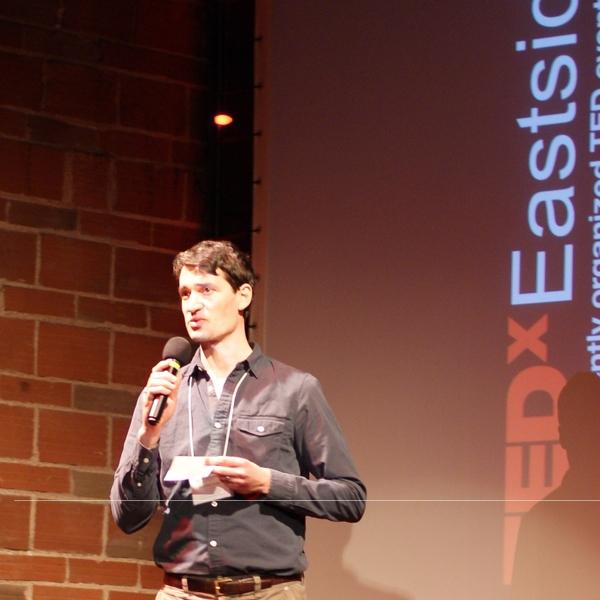