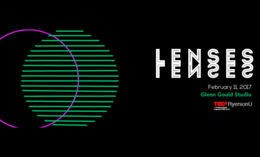 A light wave bends as it enters a new medium. The wave changes direction, alters its speed and shifts as it passes a new boundary, resulting in refraction. Refraction exists only when the wave approaches the boundary at a new angle. In the same way, our ideas change when they are seen through a new lens. When we look at familiar concepts through a new approach, a new angle, our ideas begin to change direction, and shift – opening up new possibilities to nurture growth. The refraction of our ideas allow us to challenge what we know, relearn old ideas and view the world through a different lens. TEDxRyersonU presents Lenses.

A social entrepreneur, Ashoka Fellow and the founder of Dubarah, a global network that bridges Syrian refugee's problems with solutions. In 2012, Edilbi created a new model of volunteering that encoubrages refugees to help each other. In 3 years, this model helped more than 3 million refugees in 15 countries, with support from 180,000 volunteers.

Aida is a successful media producer having created documentaries and television series broadcast in over 60 countries, and in several languages. As a journalist, Aida's research focus is on technology assisted self awareness; how we may bridge digital technology and mindset strategies. Her intellectual palate includes methodologies from neuro technology, brain science, positive psychology and unconscious cognition protocols.

Bailey Parnell was recently named one of Canada's Top 100 Most Powerful Women. She is an award-winning digital marketer, public speaker and businesswoman with a talent for helping people tell better stories. Her work and expertise have been featured on CBC, CTV & in other local Toronto media. Bailey recently founded SkillsCamp, a soft skills training company where they help people develop the essential skills needed for professional success. She also currently works in digital marketing at Ryerson University. Bailey is a frequent public speaker having spoken to more than 10 thousand people. She primarily speaks about social media, personal branding, and media and mental health. She guest lectured her first MBA class at 21-years-old and has been the youngest speaker as multiple academic conferences. She is currently pursuing her Masters in Communication and Culture with a research focus on social media and mental health, and holds an honours BA from the RTA School of Media at Ryerson.

Ebrahim Bagheri is a Canada Research Chair in Software and Semantic Computing. His work has produced leading computer software technologies that help machines understand the meaning and make sense of user-generated content, such as social network and media information. His research explores, from a computational perspective, how users' interests are shaped on social networks, how communities are formed and can be detected and how opinions are expressed and propagated.

Kareem Rahaman is an award winning entrepreneur and marketer who has made his name in the higher education industry as a trailblazer in the digital marketing space. Starting his first company at 15, he quickly learned that one job would never really be an option for him as his passions and need to build ideas into reality was too much of a pull. He's spent years perfecting the art of the side hustle and now owns multiple companies all while holding down a traditional 9-5 job.

Dr. Petrou is an award-winning professor and author of fiction. She is a tireless creative practitioner, educator, and activist. But she's also a failure. If it takes 6-10 years to master something, she figures she's mastered the art of being rejected. And she will tell you why you should do the same.

Robert Clapperton is Assistant Professor of Professional Communication at Ryerson University. For the past six years, he has been researching and building artificially intelligent education applications. He is a founder of Ametros Learning, and educational technology start-up delivering artificially intelligent simulations for teaching communication skills. Prior to embarking on an academic career, Dr. Clapperton founded a number of software companies that delivered web based communication applications.

"Professor Dr. Shelagh McCartney is a licensed architect and urbanist whose expertise in design and development focus on urbanization and housing, with a strong community development focus. She believes that planning and architecture are byproducts of complex territorial networks and cultural history, and that design can heal cultural wounds. Her interdisciplinary approach, in partnership with communities, is often situated within contested territories of marginalized peoples in Canada's Near-North and the global South that are experiencing rapid growth. She is a Fulbright Scholar who received her Doctor of Design and Masters in Design Studies, concentrating in Urban Development and Housing, from the Harvard University Graduate School of Design, and Bachelors of Professional Architecture and Bachelor of Environmental Studies Pre professional Architecture from the University of Waterloo, Canada.

Tamara Jones is a student at Ryerson University with passions for environmental sustainability and social justice. As a Global Studies major, her background is in politics, business and history. Most recently, Tamara has been published in Ryerson Universityâ€™s Undergraduate Research Journal, facilitated a seminar at University of Torontoâ€™s International Development Conference and participated in the Youth Assembly at the United Nations to discuss the implementation of the Sustainable Development Goals. In the coming months, she will be hosting a class about sustainable fashion where students will have the opportunity to make their own t-shirt from organic, fair-trade linen. In her personal life, Tamara is constantly researching and implementing ideas on how to lessen her impact on the environment while creating a positive impact on the global community. 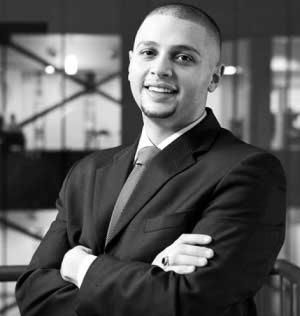