With the various topics from culture, globalization, personality, to science or altruism, our event aims to tackle the most popular topics in Vietnam nowadays and show the audience that they should stop inactively following the trends or accepting everything, but they should instead start interpreting things profoundly and creating their own living styles as well as trends. Although being connected to the global network and being extremely cautious of what is going on in the world, Vietnamese remain unaware their position in the world and their actual capabilities to innovate their lives.
With this theme, we want to bring up the popular, familiar and important topics to Vietnamese youth under different and new perspectives; hence, to inspire them with real stories, experiences and to motivate them to
take the action for their better lives.

Dzung Yoko is the former creative director of L’Officiel and currently Elle Vietnam’s Creative Director, he was first-rank graduated from University of Architecture and famous for many graphic and album cover designs.

Truc “Charlie” Nguyen is well-known as a Vietnamese American film producer, director, screenwriter and martial arts action director. Having been making movies and dedicating his life building a strong movie industry in Vietnam, Charlie Nguyen knows a big deal of what makes each movie a successful product. He wants to inspire the young generation that we can make our stories meaningful and impactful if we deliver it the right way. His most successful collection of movies includes “The award winning hit” release by The Weinstein Company, “The Rebel/Dòng Máu Anh Hùng” (2006), “Clash/Bẫy Rồng” (2009) - the first and only Vietnamese movie on Star Movie, “Fool For Love 2/Để Mai Tính 2” (2014) - the first Vietnamese comedy movie to have reached 100 billion VND revenue.

Mrs. Dana Doan used to worked with NPOs in Latin America, the U.s and Vietnam that leading research efforts to build and design programs before becoming the Founder and Strategic Advisor of LIN. *LIN’s Narrow the Gap Community Fund brings local resources together to support local nonprofit organizations that are tackling the most pressing problems in Ho Chi Minh City.

Head of Marketing at LEFLAIR Vietnam

Ms. Ha-Mi Tran, is the former Marketing leader of GUCCI in Vietnamese market, marketing director of Elle Vietnam and currently Leflair Vietnam’s marketing manager. With 10 years of experience in brand management, she is able to be fluent in 4 languages (Vietnamese, English, Japanese and French) and famous for many event and social media marketing projects.

Mrs. Jennifer Lucchini, who graduated from Harvard University with GPA 3.7, is also the Founder of Peafowl Consulting. She is not only the former Head of Sales & Marketing Specialist at Lidl, but she also is the former Delegate of Harvard Project for Asian and International Relations (HPAIR). She has the experience in many fields such as being a former of International seller at SGS Event, former Export - Import Assistant at GK Professional and also a former International Seller at Paris Major Limousines.

Being the first woman ever of Southeast Asia to have completed “The 4 Deserts Grand Slam”, Thanh Vu decided to leave the working desk and her dream job at Bloomberg to break her own boundaries and becoming of what she could ever imagine. Thanh Vu wants to focus on the fringe benefits of being born a woman, putting a positive spin on the gender bias issue. She wants to bring the message that no matter who you are, if you believe in yourself, nothing could prevent you from achieving your dream.

TK Nguyen is well-known as the Chief Marketing Officer and Vibe Director of See World Group. He is also the Co-Founder of Skylight Nha Trang. Having been exposed through so many “journey”, started off as a dancer, started his career as Hennessy's brand representative and Key Account and so on, he wants to inspire the young generation and make them to trust themselves, to make their own journey and success. 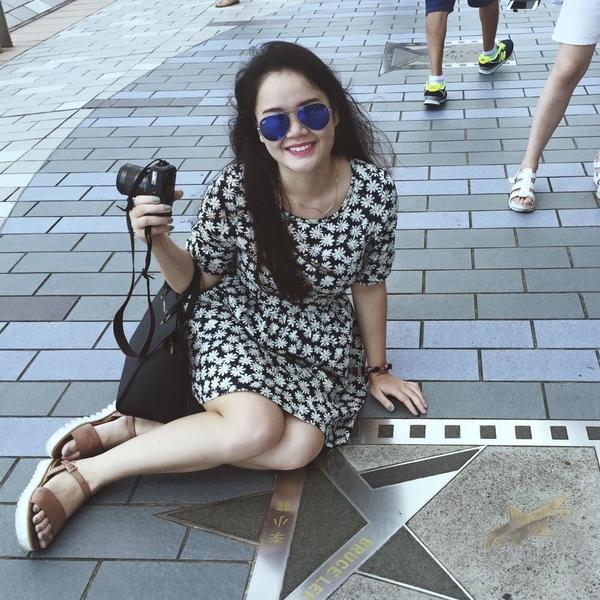