Cori Ramsay was born on Vancouver Island and spent her childhood living in various places including a trailer park in Coquitlam, a school bus in Hope, and a condemned building in Vancouver’s Downtown Eastside. After the loss of her parents, Cori moved to Prince George to live with her aunt and uncle where she attended the University of Northern British Columbia, graduating with a degree in English (2010). Upon graduation, Cori entered into the financial services industry, working in various financial roles until she found her passion in marketing and communications. It was here that she started working with Living Wage for Families, a not-for-profit organization based out of Vancouver, focused on poverty reduction. With a firm understanding of what it means to live in poverty, Cori has spent the last three years calculating the living wage for Northern British Columbia.

Space, and freedom as transgression are central themes in the feminist creative and activist work of Dahne Harding. Mother, counsellor, teacher, poet, and artist she is interested in how humans create and recreate spaces that bind and / or free body and spirit, thus limiting the potential we all have to make contributions to each other and to society as a whole. As an alumnus of the University of Northern British Columbia, with a Master of Arts in Gender Studies and a Master of Education in counselling, Dahne worked for 10 years with marginalized men and women, the last 5.5 years in a maximum security provincial correctional facility as a mental health clinician. The closed ecosystem of a prison gave her access to seeing human nature at its best, at its worst, at its most vulnerable, and at its most resilient.

Leona Prince was born in Prince George. After moving to several small Northern BC towns, she settled in Prince George in 1996 when she began her post-secondary education at UNBC. She completed a cross-college double major BSc Biology and First Nations Studies (2004) at UNBC and continued on to the Bachelor of Education Senior Years program graduating in 2006. She then began working in School District No. 57 in 2006 and had various roles including District Resource Teacher for Aboriginal Education. She then moved onto an administrative role in 2014 as the Vice Principal of Quinson Elementary and then in the following two years at Nusdeh Yoh ‘House of the Future’, British Columbia’s first Aboriginal Choice School. She completed her Master of Education in Multidisciplinary Leadership from UNBC in 2017. She has recently started a new role for School District No. 91 as the District Vice Principal of Aboriginal Education.

Dr. Caron was born and raised in Kamloops, BC, and completed her Bachelor of Science in Kinesiology at Simon Fraser University (1993) and her Medical Degree (1997) at the University of British Columbia in Vancouver. During her surgical residency, Nadine completed her Masters of Public Health (2001) from Harvard University and after completion of surgical residency training (2003), moved to San Francisco to complete her Postgraduate Fellowship Training in Endocrine Surgical Oncology at the University of California, San Francisco (2004). Her love for B.C. brought her home and since January 2005, Nadine has been working as a General and Endocrine Surgeon at the University Hospital of Northern BC. She is an Associate Professor of Surgery at UBC located within the Northern Medical Program.

Penny Jones is a mom of four but fights with a mother’s spirit for so many. A longtime advocate for the rights and effective treatment for people living with mental illness and addiction issues, this woman has no problem standing up for the people around her. She relentlessly gives back into the community, volunteering with countless organizations. More than just a driven volunteer Penny lives and breathes the world of supporting others. Penny went to school in Northern BC then moved to England, where she trained as a Registered Psychiatric Nurse in a large psychiatric hospital. She worked and traveled in Europe till 1992 when she returned to Canada. Penny spent from 1992 till 2003 with Canadian Mental Health Association as the Coordinator for housing and outreach services. She then transferred her skills to Northern Health. She is currently employed as an outreach clinician serving people living with serious and persistent psychiatric disabilities and Substance use.

Graduating from Summit Pacific Bible College in 2012 with a BA in Religion, Seth has pastored in Western Canada for the past 5 years. Currently he is the Associate Pastor at Timbers Community Church in Prince George, BC where his role is to provide counselling services, preform weddings and funerals, organize events for the community and a variety of other things.

CEO of Our Satya

With Indian roots, Shobha was born and raised in British Columbia, Canada. Fostered by her ancestral heritage, as well as the social issues within her community of Prince George, she was influenced by the implications of colonization on individuals and society at large. Determined to engage this dialogue, Shobha completed an undergraduate degree from the University of British Columbia (UBC) in 2003, and a Masters degree in Indigenous Governance from the Faculty of Human and Social Development at the University of Victoria in 2007. 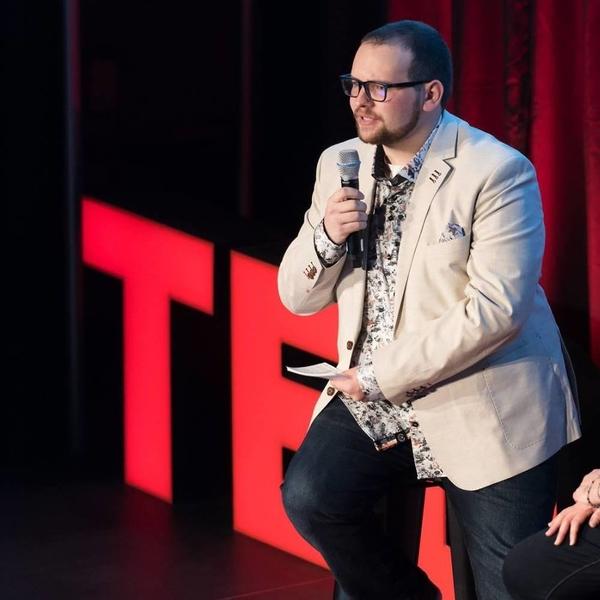