Let this moment be the end of something, and the start of something new. Think about the butterfly. Have you ever wondered how it grows into an insect of a myriad of colours? About that defining point at which its life changes forever? Metamorphosis is a common phenomenon, yet why do we ignore the significance of that singular moment of change? Just like the end of the caterpillar brings upon a butterfly, a solstice of change brings with it something unknown, and something spectacular. Let’s stand at the edge and look into this great unknown, for who knows what the mists might reveal?

Dr. Guneeta Singh Bhalla is the Founder and Executive Director of The 1947 Partition Archive. A postdoctoral graduate from the University of California Berkeley, she was an experimental condensed matter physicist working as a researcher at the Lawrence Berkeley National Laboratory. Having grown up with Partition stories from her grandmother and studying in the United States, she was aware of the lack of information about the India-Pakistan Partition, especially in mainstream global history. However, it was a visit to the oral testimony archives at the Hiroshima Peace Memorial that inspired her to begin formally interviewing Partition survivors in 2010. In 2011, The 1947 Partition Archive was born. Bhalla has personally interviewed over 100 Partition survivors and rallied volunteers to join in building the grassroots foundations of this people-powered organization. As of 2017, it is an international archive over 3000 stories strong.

To say that Jayshree Satpute is one of the “World’s Top 100 Inspiring Women” according to The Guardian is reductive. A human rights lawyer with a vast experience pursuing cases at the Supreme Court and High Courts of India, she co-founded Nazdeek, a legal empowerment organisation dedicated to bringing justice closer to marginalised communities. Her work towards the protection of slum dwellers, refugees, poor women and children has produced stellar results. WIth Nazdeek, she has worked with women in rural Assam to secure healthcare services, and has employed grassroots education, community monitoring, and strategic research to further social and economic rights for everyone. Previously, she was the Director of Litigation at the Human Rights Law Network, and has co-authored The Right to Safe Motherhood Through Litigation: The Indian Story.

Over three decades ago, Justin McCarthy left Midwestern America for Indian classical dance. His first exposure to Bharatnatyam in San Francisco in the mid-70s left him enchanted. He soon moved to India and learnt Bharatnatyam under Subbaraya Pillai and then Leela Samson, after which he taught at Shriram Bharatiya Kala Kendra at Delhi for about thirty years. A trained classical pianist, Carnatic vocalist, and a choreographer, today, McCarthy is a renowned performer. McCarthy has had a rich, emotional journey of imbibing various cultures, literatures, histories, and art forms. He is now a Professor at Ashoka University, leads the Performing Arts Department, and honestly-- we’ve lost count of how many languages he knows.

Pink Autos, a new auto service with female drivers, is an initiative that breaks stereotypes of Haryana known for its khap panchayats, poor sex ratios and low women’s literacy rates. Piloted in Rohtak in 2015, this project was undertaken by the Rohtak traffic police in collaboration with the Road Safety Organization (RSO) to ensure not only hassle-free commute for female travelers but also employment for local women. But it’s so much more than a well-implemented government initiative. What makes Pink Autos a real win is the women, who are trying to navigate the grim realities of public spaces, provide for themselves and their families, break the shackles of patriarchal norms, set a precedent for independence, or a combination of the above. TEDxAshokaUniversity is humbled to be hosting, in a unique format and in vernacular, some of these women drivers at our conference. You’re probably eager to know who these women are. The speakers from Pink Autos will be revealed soon, stay tuned!

Dr. Shannon Olsson heads the Naturalist-Inspired Chemical Ecology (NICE) group at The National Centre for Biological Sciences (NCBS), TATA Institute of Fundamental Research In Bangalore. The NICE Group strives to learn how animals, especially insects, make decisions in nature. Their work traverses Himalayan meadows, ecologically sustainable agriculture in Coorg, and pollution in Bangalore - anywhere insects are important, which is nearly everywhere on Earth. Dr. Olsson completed her PhD at Cornell University. She then worked at the Max Planck Institute for Chemical Ecology in Jena, Germany, where she collaborated with engineers to develop an artificial chemical communication system based on insects. A Fullbright Scholar and Ramanujan Fellow, Dr. Olsson's research strives to reach a deeper connection with nature that she calls emphatic science.

Vaibhav Devanathan is your corporate-job-at-McKinsey-and-Harvard-MBA-offer dude, who’d rather bet his life on his dreams than be in a ratrace. So, that’s what he did. With an idea of merging humour with education, and helping students relieve a little school stress, he quit his job and founded LaughGuru, an online learning portal that teaches subjects like English, maths and science to children. We’ve heard of a lot of ‘startup success stories’, but this is the story of a venture that took over a year to really work. Choosing a startup after a B.Tech and a great career as a business analyst is hard as it is, LaughGuru is the brainchild of Vaibhav’s supreme dedication, humility, patience, and as he puts it, performing the functions of a Founder, a CEO, a manager, and a permanent Santa who secretly stocks up office with the small red ice-cream made by Havmor-- all at once. 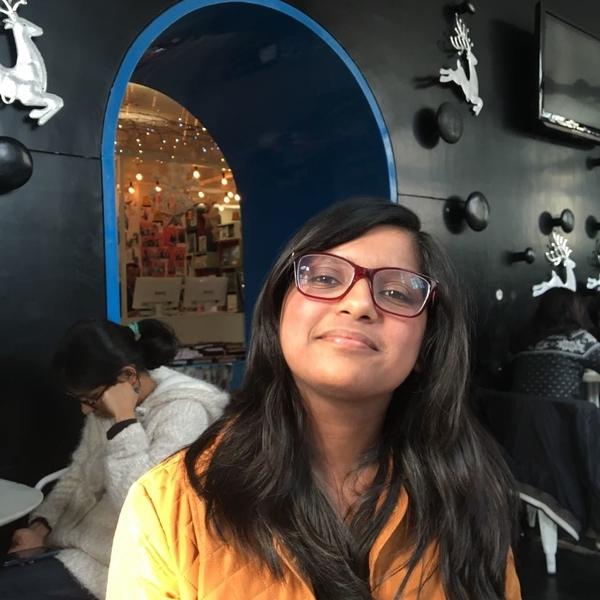