It implies we are nudging people to have the will to think and develop, to change minds and engage into bringing their dreams alive. It implies that activities are being done and efforts are not gone to a waste in our developing community.

Dr. Azad was born on the 31st of December 1981 in Duhok, Kurdistan Region of Iraq. Dr. Azad studied in Duhok and finished high school with a high average at 2000. He was admitted into College of Medicine/University of Duhok. He graduated college being ranked as the first on his class and was awarded Bachelor of Medicine and Surgery (MBChB) at 2006. Dr. Azad chose to specialize in Pediatrics and was awarded the degree of Fellow of Iraqi board for medical specialization in pediatrics by the Faculty of Iraqi Board for Medical Specialization being ranked the second on his class. Currently, Dr. Azad works as a Pediatrics Specialist and vice manager of Hevi Pediatrics Teaching Hospital. He also works as a lecturer of Pediatrics and coordinator of its department at College of Medicine/University of Duhok. Dr. Azad has conducted various researches and participated in many conferences and congresses around the world. Dr. Azad is a member of the Iraqi Pediatricians Association.

Physicist + Lecturer at University of Duhok

Physicist Bahaa Ilyas was born on April 29, 1990, in Bashiqa, Duhok, Kurdistan Region-Iraq. At age of 12 He was awarded the science medal of the Sinjar young talented minds. Bahaa is a lecturer of Physics for the University of Duhok, where he teaches various subjects of physics. He holds B.S. and M. S. degrees in Theoretical physics from the University of Dohuk. He is interested in understanding the universe and the way it behaves at its smallest of scales. Much of Bahaa's work has been devoted to the search for the hidden dimensions that can unite Albert Einstein's earlier findings with quantum physics through Loop Quantum Gravity. Bahaa has also contributed to 2 international theoretical physics journals, He was a member of the 13th Planck night-sky workshop. In the past, He has also contributed to humanitarian support during his work for 4 organizations giving aid to the displaced families from mount Sinjar

Bina Qeredaxi was born on 1988 in Duhok, Kurdistan Region of Iraq. She studied School of Law and Politics/College of Arts at University of Duhok and earned her Bachelor's Degree there. At 2007, and while still studying for her Bachelor's Degree, she started her media career by writing and directing a popular social awareness-raising show called "Tik Tak". At 2015, she was awarded the Kurdistan Journalists Union’s Honorary Award for strong presence in the Media sector. She worked in different positions in award-winning films such as "Bekas" and "Before Snowfall". One of Bina's biggest achievements was co-founding Duhok International Film Festival (Duhok IFF) at 2009. And ever since, as a cultural manager, she has been an effective ambassador for the Kurdish cinema worldwide by celebrating Kurdish films in the region and promoting them in international film festivals too. At 2013, she was awarded the Ministry of Culture and Youth’s Honorary Award for best female filmmaker.

Founder/CEO of APC for Youth Empowerment

Hezha Mohammed Khan From an early age, Hezha was passionate about the influence of youth empowerment.This interest led to her current position as Founder/CEO of APC for Youth Empowerment. Established in 2012,Committed to sustainable solutions, Hezha brings her years of experience as an Award Winning Social Entrepreneur, International NGO Consultant and her extensive knowledge of the UN Global Goals to help young people in Kurdistan thrive. Her multi-cultural background and focus on community collaboration has led her to a number of volunteer opportunities and community leadership roles as Country Representative. Hezha truly believes that education can change the world, and she uses it to inspire and empower young people to become social entrepreneurs through her workshops. She is a regular speaker at conferences in the Middle-East and Africa. She also travels the world planting seeds of peace. She served as a peer mentor, for the international youth assembly at the UN in New York.

Karam studied Horticulture Science at the Agricultural Technical Institute in Erbil and graduated among the top 10 students. Karam chose to also study Business Administration at the Lebanese French University in Erbil and earned his Bachelor's Degree in 2017. Karam loved photography. He started his photography career at 2011. Karam found himself fit for landscape photography and Astrophotography. Regardless of its difficulty, Karam managed to have a great success. In 2012, he became the head of Iraqi Photography Center/Erbil office. in 2014 Karam became the manager of Iraqi Photographers Association/Erbil. Karam won the 2nd place in the International Festival ambassador with the participation of 14 countries. He also won the 9th place out of 20 most beautiful images in the world rated by Blaze Press agency. And finally, he is the 18th place winner out of 1230 participants in "Nature in Wide Eye" competition is Saudi Arabia. Karam aims to spread and share astrophotography in the region.

Student of Mechanical Engineering at University of Duhok

Karwan Tahir Mohammed was born on the 21st of March 1996 in Duhok, Kurdistan Region Iraq. Karwan has loved Astronomy ever since he was a child. Learning more about the Earth has been a main concern for him. Having many inquiries unanswered, Karwan has spared most of his time reading about Astronomy and the Earth. He studies Mechanical Engineering at University of Duhok. Karwan is mainly concerned with the fact that life on Earth is endangered, and loves sharing his ideas with people working on saving the Earth from future catastrophes

Kovan Rashid Kovan Rashid was born on the 14th of February 1988 in Zakho, Duhok and spent his childhood there. He finished high school at 2007 and chose to study Information Technology/Zakho Technical Institute. He earned his diploma at 2009 and was honored as one of the top students. Beside his passion as a freelance programmer and developer, he finds himself a young entrepreneur. At 2016, he started his own start-up company as a programming and production company that gathers young entrepreneurs in one place and works on making ideas real! Kovan is currently studying for his Bachelor's Degree in Information Technology Management at Duhok Polytechnic University.

Software developer for YouGov and a freelance journalist

Levi was born and grew up in 1990 in Los Angeles in the United States. When he was still a kid, he started taking college courses and when he was only 13 years old he transferred to the University of California! At 15, he was abandoned by his family and had to leave university, and started working in medical research as well as web development and graphic arts in order to support himself and make it month to month. At 18, he received a scholarship to return to university, and reconnected with his family. After finishing his baccalaureate in Microbiology, Immunology and Molecular Genetics (MIMG) with a minor in Mesopotamian history, he moved to Erbil. Levi has worked for University of California as a researcher in electron microscopy, oncology and flow cytometry. He has also worked in marketing for clients including the LA Lakers, NCAA, Verizon and AT&T. Currently, he works as a software developer and as a freelance journalist. Levi has been featured on CBS News and LA Times.

Technical Manager of the IT department of University of Duhok

Mohammed Hikmat was born on the 11th of June 1988 in Duhok, Kurdistan Region of Iraq. Growing up as a kid, Mohammed has loved programming. When he finished high school at 2007, he chose to study Computer Science at University of Duhok. Through his studies there, he developed his knowledge of programming and software. He earned his Bachelor's Degree at 2015. Mohammed has devoted his time working in his field of study. He is one of the administrators of University of Duhok/College of Nursing website. Currently, he works as the Technical Manager of the IT department of University of Duhok. He has been managing the technical works of many conferences and workshops held in University of Duhok. Mohammed is a great example for the graduates to work hard on their qualifications and skills. He spends much of his time working on projects and initiatives that serve the community.

Shahyan was born on 30th of June 1988. Shahyan started her media career early at the age of 11 as a TV presenter for children shows and programs. Shahyan still believed that education is very important. She finished high school and started studying at college of Engineering at University of Duhok. During her studies at university, she hosted a social awareness-raising program called "Tik Tak". Shahyan was one of the presenters of the famous show "Good Morning Kurdistan" for 6 years. When she earned her Bachelor's Degree of Civil Engineering at 2011, she worked for 2 years in her field of study. Shahyan wanted to link her two major interests, media and engineering. At 2014, she hosted the TV show "RESTART", which was about city development dealing mainly with engineering planning and environmental issues. She worked as a News Anchor in WAAR TV. She works as a presenter in Rudaw Media Network for news bulletins and "Nuroj" morning program. She is the presenter of the program "Berprsyar".

Waheed Saeed Chicho Waheed, also known as (Waheed the dwarf) was born on the 28th of August, 1986 in Duhok, Kurdistan region of Iraq from a very poor family. Waheed had been struggling ever since his birth. Being a dwarf, he suffered a lot and experienced many social and physical difficulties. Nonetheless, he did not surrender, but kept moving on. He finished his studies and could get a diploma from the School of Commerce and Technical Institute. He always believed he could do more, so he and his friends established Kurdistan Dwarf Association – Duhok Branch, which could gather all the dwarfs in the city of Duhok. Wahid didn’t stop here. He established Kurdistan Paralympic Committee / Duhok Representativity Office and Duhok Disabled Network. Currently, Waheed has dedicated much of his work to giving speeches, workshops and seminars on never giving up and always fighting to achieve your dreams. 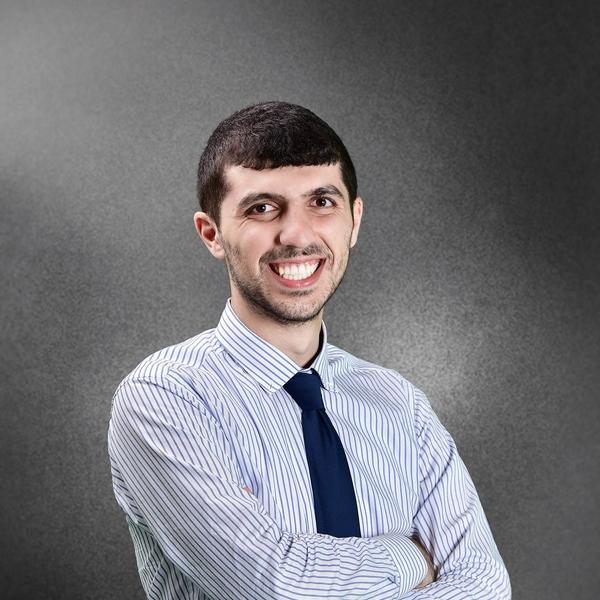