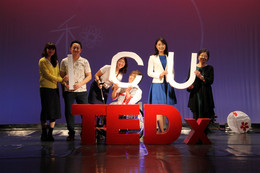 It all started with the question "What does 'International' mean in International Christian University?"
We concluded that it is a state where a variety of cultures and values are coexisting.
Therefore, we decided to make 『和(Wa)』as this year's theme, which means both "to combine" and Japan."

Known as a junior at International Christian University and majoring in MCC (Media, Communication, and Culture) and law. She has taken a year off college to travel around Europe and Africa alone. Also Kwon has been on a round-the-world trip on the Peace Boat, as a Communication Coordinator translating/ interpreting between Korean, Japanese, and English. During her time traveling, she had the opportunity to get to know people's way of life from all generations and corners of the world. from that experience, she felt, "by recognizing the stereotypes and preconceptions, we can learn to understand 'diversity' and what 'being multicultural is'."

Kazama is a graduate of International christian University, class of 1968. She worked as a professor at ICU from 1969 to 2011, became a Honorary Professor at ICU from 2011 and was a director of ICU 2011 to 2017. Meanwhile she was also the principle of Joshigakuin Junior and Senior High School from 2012 to 2016. Additionally, kazama has worked at Tokyo University as a part-time lecturer, was a fellow at Liverpool University and worked as a visiting fellow at the Australian National University. She specializes in plant physiology and biochemistry.

Sasaki was born in Fukuoka, in 1985. From birth, he is unable to use both his legs and his right arm and currently uses prosthetic legs. While in college, he started wondering where people with disability meet people and start a relationship, since he had not seen it before. This turned out into a mission for himself, to connect and be a bridge between the world of people with a disability and the rest. In 2013, he created "Plus Handicap", a web magazine that focuses on the difficulties that people with disability face. Since then while being the chief editor of the magazine, Sasaki also has appeared on TV programs, given speeches at corporate and schools to spread his work.

Under the motto of "Create a world that everyone could live their own lives by having unlimited potential", she established a NPO "World Theater Project" which deliver movable movie theater to children in developing countries. The NPO has been delivering movies to over 4 hundred million children in developing countries such as Cambodia. It is achieving international cooperation in the new field of movie delivery. They deliver translated movies, especially Japanese Anime.

Nasa aimed to be a professional motorcyclist until he had an accident at the age of 18. Since then, he has been in a wheelchair. He became depressed to the point where he attempted suicide, but then he found wheelchair dance. A few years later, after receiving numerous awards, Nasa became the Asian Champion in wheelchair dancing. For 15 years he has worked as the first Japanese professional wheelchair dancer. Currently, he is going around Japan to share the message of what being "barrier-free at heart" is. In addition to that, he became dance partner with Aya Sugimoto, an actress, in hopes to perform at the opening ceremony of the 2020 Tokyo Olympics to share the world what a barrier-free society is from Japan.

Shiho Takada won both 2017 Miss Japan and 2017 Miss Kimono Japan award for the first time in 20 years. Currently studying in University of Osaka, majoring literature. Works as a Kyoto omotenashi tourism ambassador, Kyoto Prefectural Culture and tourism ambassador, tourism EXPO Japan PR ambassador. Talented in track and field, and competed on Junior Olympic Athletic Competition when she was in Junior High School. She is actively engaging in a wide range of activities in and out of the country related to culture, sports, and social contribution. Her goal is to represent the spirit of Japanese culture, "wa" as a Miss Japan. 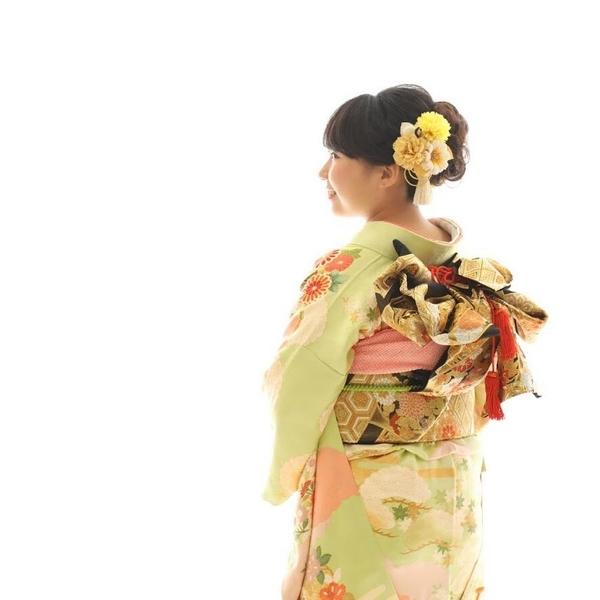