Scientists, philosophers, artists and Innovators have begun to question the effects of emerging and exponential technologies on our “being” human-. With this rapid technological growth, mankind is at risk of losing his very human essence.

What is it? What is the meaning of —being human at the crossroad with bionics and centennial living? How can we evolve without losing touch with what makes us humans?

We are going to take you on a journey to re-discover the beauty, the strength, and the brilliance of mankind. We are going to re-define together most of the reasons to be “Proudly Human”

Andrés Allemand Smaller was born in Buenos Aires in 1968. He grew up in Puerto Rico, New York City and Geneva, where he is now based. At the University of Geneva, he studied English and Spanish literature, with a special focus on emerging literature in former colonies and in migrant communities. Consequently, he studied journalism, was in charge of a monthly protestant magazine, became the United Nations correspondant of the daily Swiss newspaper "La Tribune de Genève" and eventually took on the responsibility of world news editor. The son of a Protestant pastor, Andrés Allemand Smaller defines himself as an open-minded atheist. His loved ones are Christian, Jewish, Muslim, Buddhist, Hindu, Agnostic and Atheist. He followed a two-year seminar comparing Catholicism and Protestantism, and he explored Judaism, Islam, Buddhism and Hinduism. In 2011, he trained as a secular wedding celebrant. From 2015 to 2017, he was the president of the Association of Professional Celebrants in French-speaking Switzerland.

Dr. Antonella Santuccione Chadha is a medical doctor with profound expertise in Alzheimer’s disease (AD) and mental disorders. Dr. Santuccione Chadha joined the Swiss Agency for Therapeutic Products in Bern as an Expert Clinical Reviewer for brain diseases in 2014. Previously, she was trained within the General Directorate for Health and Food Safety at the European Commission. She is a founder of the Non Profit Organization Women’s Brain Project. She worked for several years in a specialized ward for patients living with dementia. She is an editor for the scientific journal “Matters” and author of several scientific publications. Her current scientific interest is about the influence of sex and gender factors on mental disorders and how to take them into account when designing diagnostic and treatment solutions.

Antonio joined Fongit as director in 2014. He was previously the founding partner of a venture capital fund investing in technology, with headquarters in Switzerland, Italy and California. During this experience, he managed incubator activities for seed startups. Later, he made direct investments in innovative small-medium companies in Europe, with active roles in management and board of directors. Antonio holds a degree in Economics at Bocconi University in Milan (Italy) and he attended Singularity University in California.

Birgit Peeters believes that being truthful to yourself brings good to the world. She is passionate about making people feel good by discovering their natural born talents based upon what they loved to play as a child. She calls herself a ‘good vibes motivator’ and uses empowerment by play to help her private and corporate clients.

Caroline Widmer is Deputy Secretary General for Communications at the State of Geneva, Switzerland. For more than eight years she has put her dynamism at the service of the public administration and closely follows the technological evolutions and innovations that are transforming our society. Caroline a graduate of McGill University in Canada is passionate about sports, photography, travels, life in all its forms and she has made change a source of energy and a real driver.

Nadia is an olympic rower. Born in Lebanon, Nadia is an Egyptian who grew up around the world. Nadia's upbringing gives her a different perspective on culture, diversity and what it really means to 'fit in'. She has been in Geneva since 2012 and has used the comedy stage to express her observations and thoughts on the melting pot that is Geneva.

Neal Hartman is currently the director of the CineGlobe film festival at CERN, the European Particle Physics lab and home to the LHC, in Geneva, Switzerland. Simultaneously, he serves as the Director of Production for TEDxCERN. He was the invited chairman for the World VR Forum in 2017, and is on the committee of the Geneva International Film Festival (GIFF). On top of that, Neal has produced the 48 Hour Film Project in Switzerland since 2008, is the director of a documentary film on high-speed bicycles, named Human Power, and is currently producing a documentary on CERN that was entirely shot by the engineering staff in the underground caverns. He has produced numerous workshops in science storytelling and virtual reality with organisations such as the Tribeca Film Institute, Lift Conference, and the GIFF. When he’s not working with film or science communication, Neal also happens to dabble in the mechanical engineering of ultra-stable, low-mass structures and integration for the ATLAS Experiment at CERN.

Nicholas Davis is Head of Society and Innovation and a member of the Executive Committee at the World Economic Forum in Geneva, Switzerland. Nick leads the Forum’s work on “The Fourth Industrial Revolution”, focusing on how emerging technologies could disrupt industries, labour markets, societies and governments, and how technology can be used to empower communities to create a human-centred future. Nick is a Certified Professional Facilitator and a Fellow of the Royal Society of the Arts (FRSA) in the UK and previously a commercial lawyer in Australia.

Oriana is a young student, passionate about how humanity will evolve in the future.

After studying international hospitality management, Virginie joined the Seedstars family to help support and foster local entrepreneurial ecosystems in emerging markets via their coworking space network, Seedspace. Virginie is convinced that her two passions, arts and entrepreneurship, have much in common and even more to learn from one another. Since 2016 she is exploring with Flux Laboratory, an experimental art space dedicated to contemporary dance in particular, possible interactions between those fields and the power of transdisciplinarity, collaboration and co-creation. 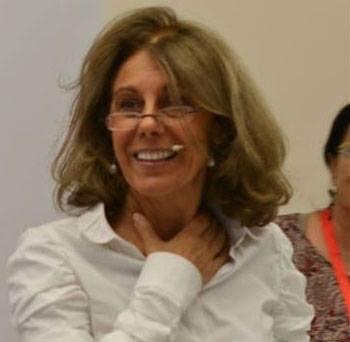 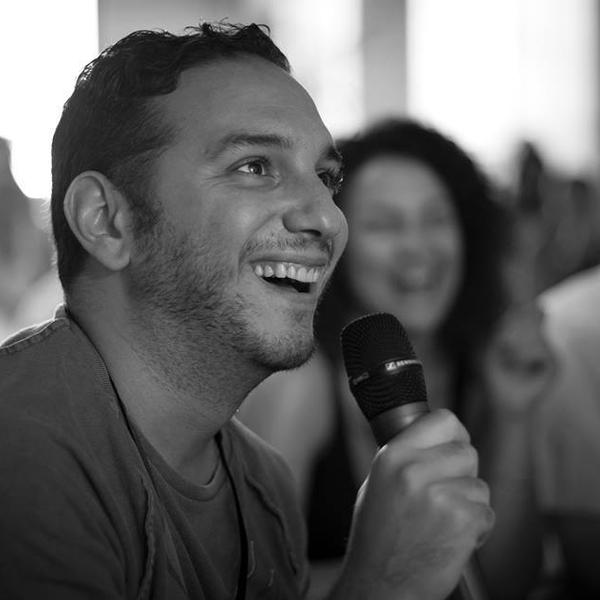